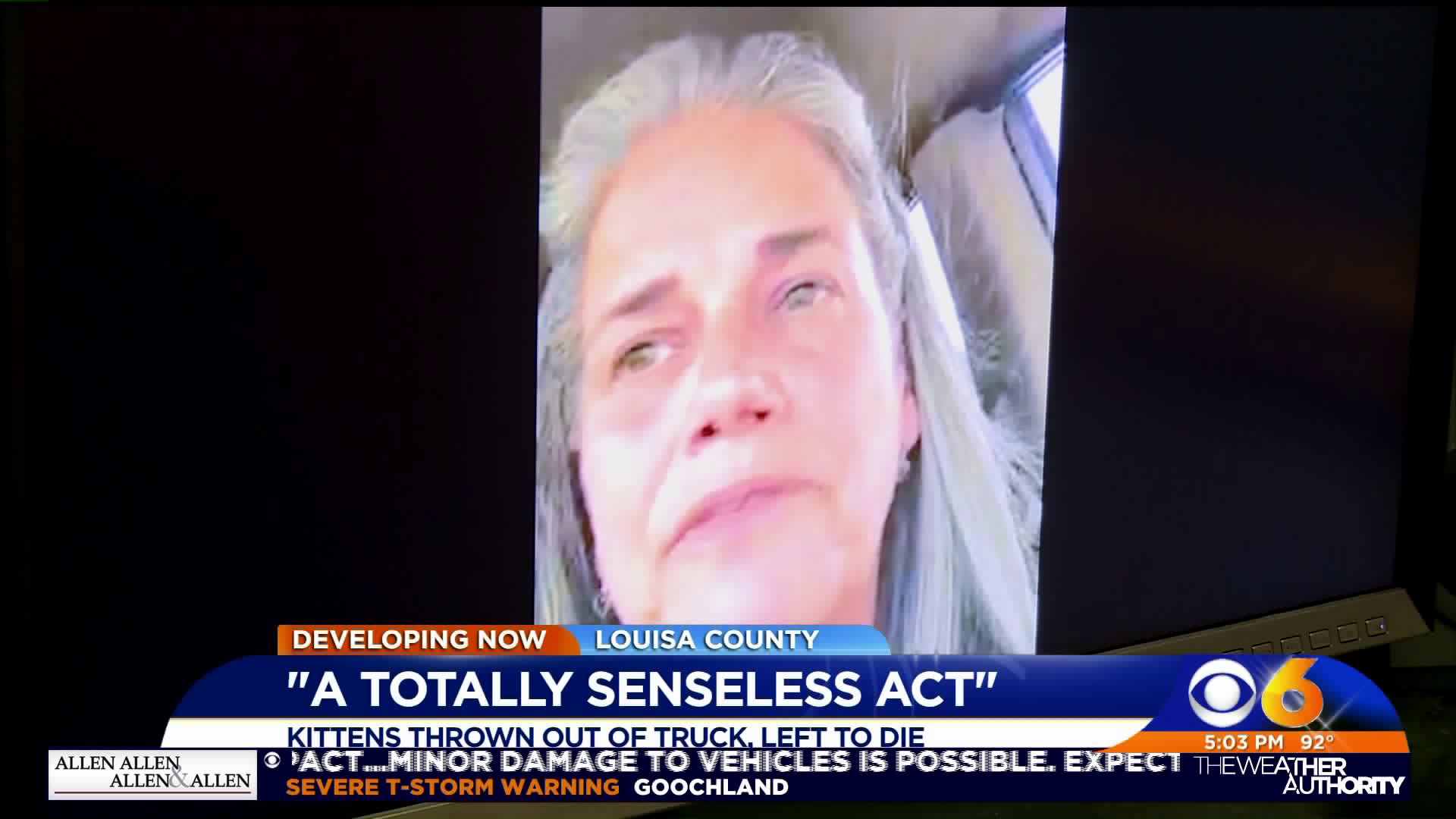 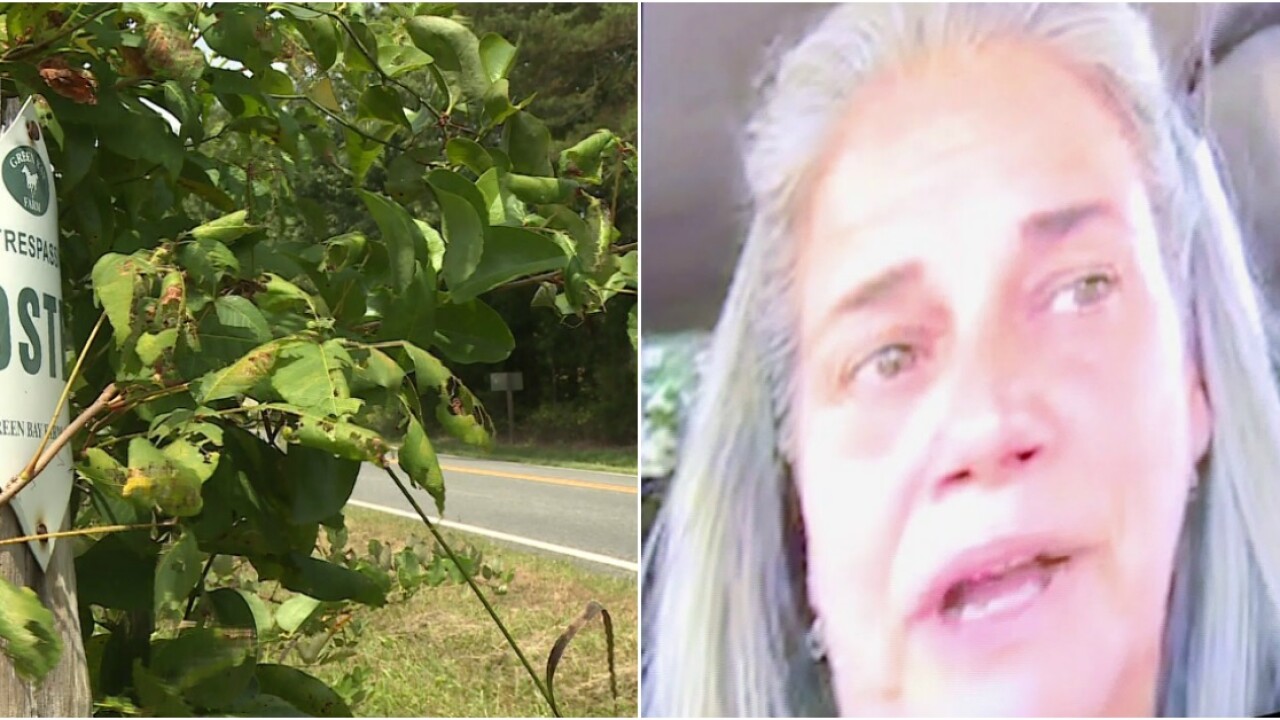 LOUISA COUNTY, Va. --Investigators have asked for help finding the person who threw two kittens out of the window of a pickup truck in Louisa County. Both of the kittens later died.

Cheryl Phelan reported the incident to animal control at about 12:40 p.m. Tuesday.

Phelan said she was driving down Route 33 near the reservoir when she saw a man throw something out the driver's side window.

"I thought what a jerk throwing trash out. I got a little closer and then I realized it was some sort of animal," she described.

Phelan, who had her granddaughter in the backseat, did not hesitate to stop and help the animals.

"He was literally catapulting them across the road," she recalled. "As soon as I realized it was a kitten, I got pretty upset."

Louisa County Animal Control Chief Alyssa Ellison responded to the call. One of the kittens died from its injuries in her arms.

"Anytime you have an animal pass away, it’s hard. Trying to rush it to the vet and having it die in your lap is even harder," Ellison stated. "To have it suffer before I could get it help is extremely painful."

Phelan said the back legs of one of the kittens, which were approximately six weeks old, appeared to be broken.

"I was pretty upset. I had my one-year-old granddaughter in the car with me. My first reaction was to go after the guy, but I had her in the car and wasn’t going to put her in any danger," she said.

The suspect was reportedly in a late model, small pickup truck in primer gray color heading eastbound on Jefferson Highway (Route 33). Phelan said the man was white, in his mid-30s to 40s, and was wearing a baseball cap.

If you have any information about this incident please contact the Louisa County Sheriff’s Office at 540-967-1234. Click here to send in a news tip.