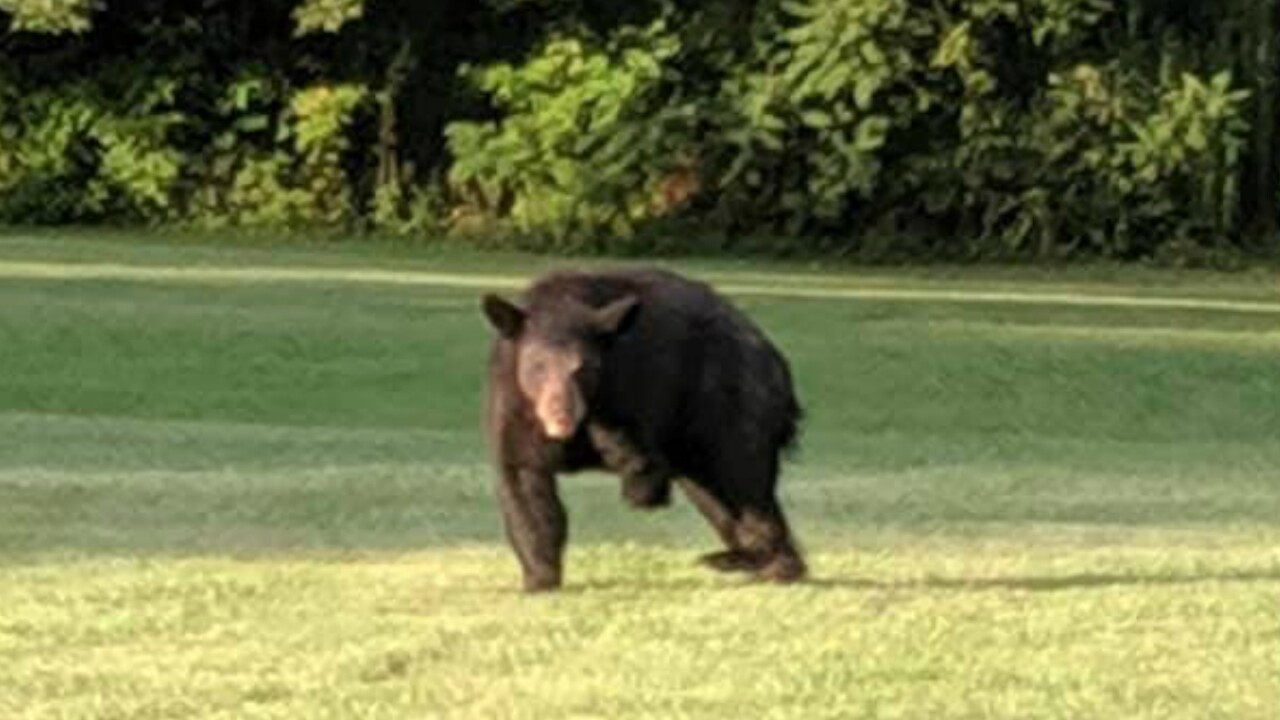 BUNCOMBE COUNTY, NC – A sighting of an adult black bear missing much of her front left leg in Buncombe County has prompted a group of people to come together to save the animals from severe injury.

The sightings of this and other bears missing limbs were brought to light by the organizers of Help Asheville Bears, according to WLOS.

The group said there are at least seven confirmed cases of injured local bears.

A state wildlife biologist said the story of the adult female and her cubs, nosing around a yard, captured by a surveillance camera is not uncommon.

“We have more bears,” said Justin McVey of the NC Wildlife Resources Commission. “Our population has been increasing.”

As the mother bear turns, it becomes clear she is missing a good portion of her left front leg.

“Bears get hit by cars all the time, and unfortunately bears with three legs is not uncommon,” McVey said. “They adapt very well, and they can live a successful life, even with just three legs.”

Help Asheville Bears sees it differently, its Facebook page showing still photos of what are said to be other bears missing limbs.

The group even offers a reward for information leading to anyone who may be trapping.

“Traps that are used today would not pull a foot or a leg off,” McVey said.

Some injured bears do die, but many do not and are resilient, according to McVey.

“They will generally kind of move away from people, get to a quiet place, rest and recuperate,” McVey. “Generally those wounds will heal on their own, and then they’re able to go out and live a normal life.”

So if you see a bear missing a leg or foot, what should you do?