Richmond street art vandalized outside LGBTQ theater: “Someone purposely wanted to wreck it”

RICHMOND, Va., -- Members of Richmond's LGBTQ community are calling for a driver to turn themselves in after the city's first street art was vandalized.

Philip Crosby, the Executive Director of the Richmond Triangle Players, said he witnessed a reckless driver doing donuts on the pride mural outside his theater just before 3 p.m. Monday.

"We heard this squealing noise outside and looked up," Crosby explained. "At first we thought he was skidding and about to have an accident. Then, we realized he was purposely running donuts on the intersection."

Dustin Galbraith said he watched the aftermath of the vandalism outside his pool maintenance company.

"There was smoke all built up in the area and then took off down the street afterwards," Galbraith described.

The driver left behind large black circles on the artwork at the intersection of West Marshall Street and Altamont Avenue. 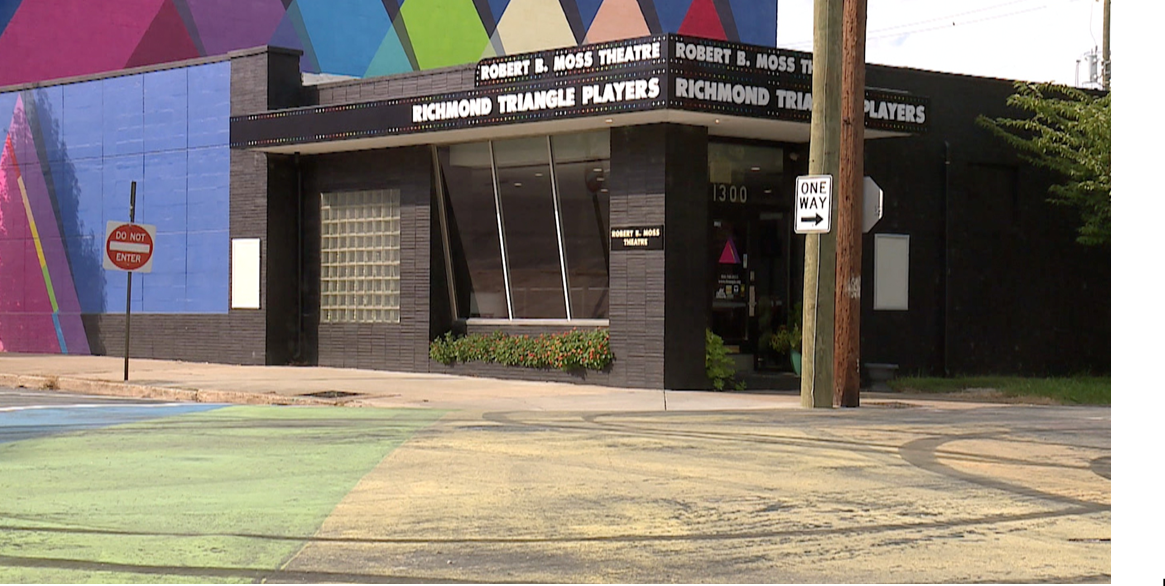 The pride flag was painted in 2018 for the theater's 25th anniversary in the Scott's Addition neighborhood.

Crosby feared if the driver targeted the artwork for what it represents.

"This is the first public street art celebrating the LGBTQ community in Richmond. To have someone purposely deface it -- you kind of wonder if that’s on purpose," he stated.

City Councilwoman Kim Gray, who Crosby credits for helping get the art installed, committed to repairing the artwork.

The Richmond Triangle Players have been an integral part of the Richmond community for more than a quarter century and have been leaders in promoting diversity.  Their strong commitment to the City’s LGBTQ community is exemplified by the Rainbow Crosswalk painted last year in front of their theater in the Scott’s Addition neighborhood.  One individual’s senseless act of vandalism will not deter our commitment to equality and diversity.  I pledge to work with the Triangle Players and the City administration to take whatever immediate action is necessary to restore and repaint this crosswalk.

The rainbow mural outside of Richmond Triangle Players at the Robert B. Moss Theatre (RTP), which the boards of both the theatre and SABA worked together to have approved and installed, is the first of its kind in the city and serves as not only vibrant street art, but as a symbol of our neighborhood's diversity and inclusiveness. It is not known at this time whether the driver of the vehicle targeted the mural for its connection to the LGBTQ community or not, but we stand with our friends at RTP in solidarity regardless, because hate does not have a place in Scott's Addition. We hope to find the individual responsible for defacing this piece of public artwork soon.

A Richmond Police spokesperson said they were aware of the vandalism and are investigating.

A witness provided police with a photo of the suspected vandal speeding down toward the Arthur Ashe Boulevard.

Crosby said it will take thousands of dollars to repaint the intersection, which was funded through private dollars.

"I hope he gets caught," Crosby said. "I'd like to see him clean it off with a toothbrush is what I’d like to see."