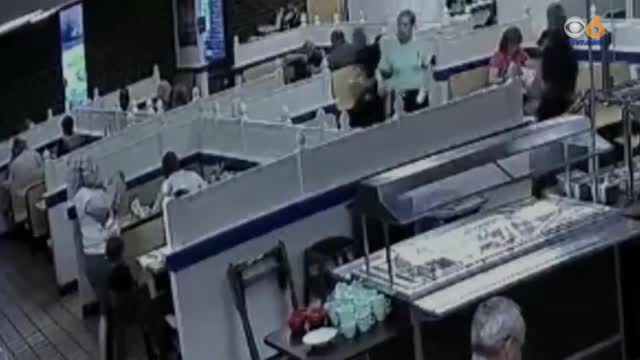 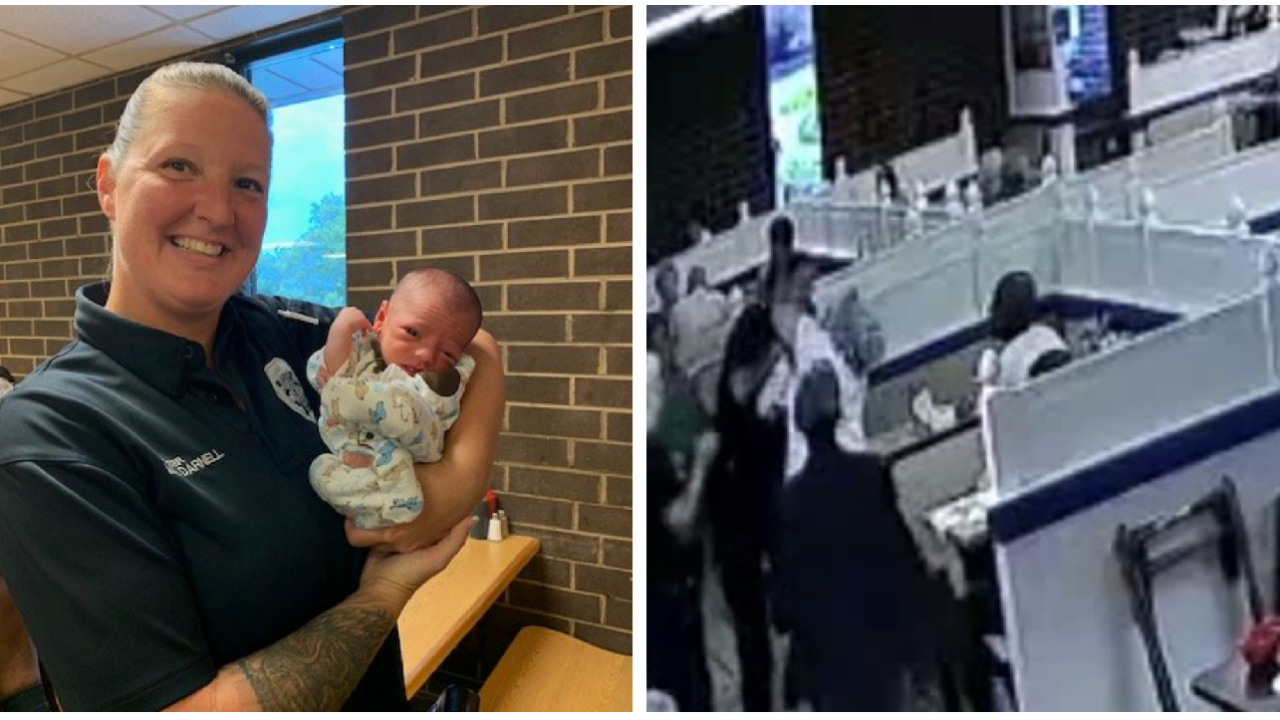 DANVILLE, Va. – A Danville police officer is being hailed as a hero after she saved a choking two-week-old baby in a dramatic rescue that was captured on video.

Officer Melissa Carey was eating lunch at Nikki’s Family Restaurant on August 13 when a waitress frantically approached her table asking for help.

The child had been asleep when the mother noticed the baby was in distress and had stopped breathing.

Carey immediately jumped into action and began first aid on the infant.

Thankfully, Carey was able to revive the baby who began breathing again while in her arms.

Carey stopped by the hospital later in the day to check on infant and found the baby and the family were doing good.

“If it was not for Officer Carey, my baby would not be here,” said the mother, according to the Danville Police Department

The police department thanked Officer Carey for representing the department in “the best way possible.”