Watch Janet Jackson give this superfan the surprise of his life 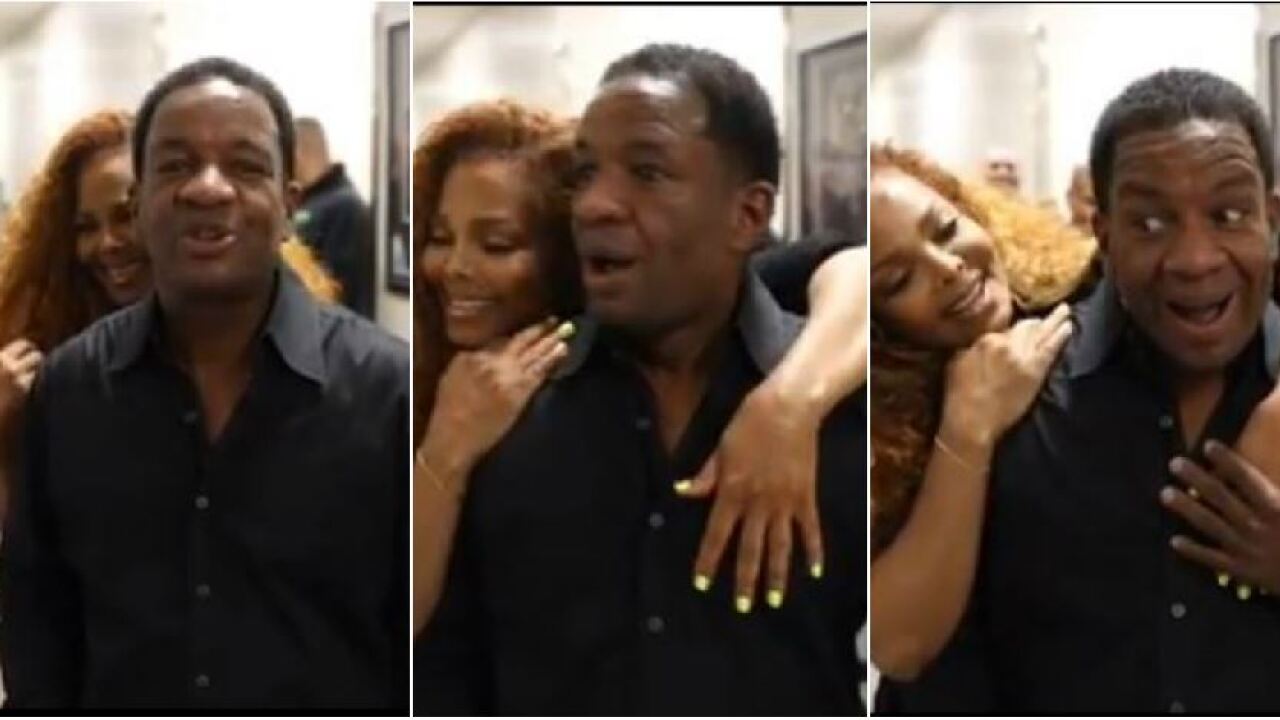 LAS VEGAS — A fan who went viral for his reaction to receiving tickets to see Janet Jackson received another surprise, courtesy of the superstar herself.

KB Strawder Jr. tweeted his father’s reaction when he got tickets to Jackson’s performance in Las Vegas as a Father’s Day gift.

It’s an understatement to say his dad was thrilled.

“What!” Strawder’s father yelled after opening the tickets, jumping out of his seat and running across the room.

On Sunday, Jackson posted a video of herself surprising him backstage at her Metamorphosis show.

The singer was standing directly behind him as he shared that he enjoyed the part of the show “right at the beginning when she came down in whatever that was that she came down in.”

“It was actually her, and we got a chance to see her,” he said. “That was a highlight for me, just seeing her on stage.”

Then, Jackson shocked him by wrapping her arms around him from behind.

The pair embraced in a moment that his son also documented on Instagram.

“My dads father’s day surprise concert trip to see @janetjackson had one more surprise,” the younger Strawder wrote on a post that included the video and a series of pics from the night. “Special thanks to @joeyharrisinc [an executive for Janet Jackson’s entertainment company Rhythm Nation] for making this connection possible and a huge thank you to @janetjackson for spending time with him that he’ll never forget.”