SOUTH HILL, Va. – Police are searching for a woman who is accused of using counterfeit bills at multiple businesses in the town of South Hill and throughout Mecklenburg County.

On Thursday, August 8, the woman passed or attempted to pass counterfeit $100 bills at the Kangaroo convenience store, the Family Dollar, and the Dollar General stores, according to the South Hill Police Department.

Police are asking for the public’s help to identify the woman who is also accused of passing counterfeit bills in Chase City Thursday. 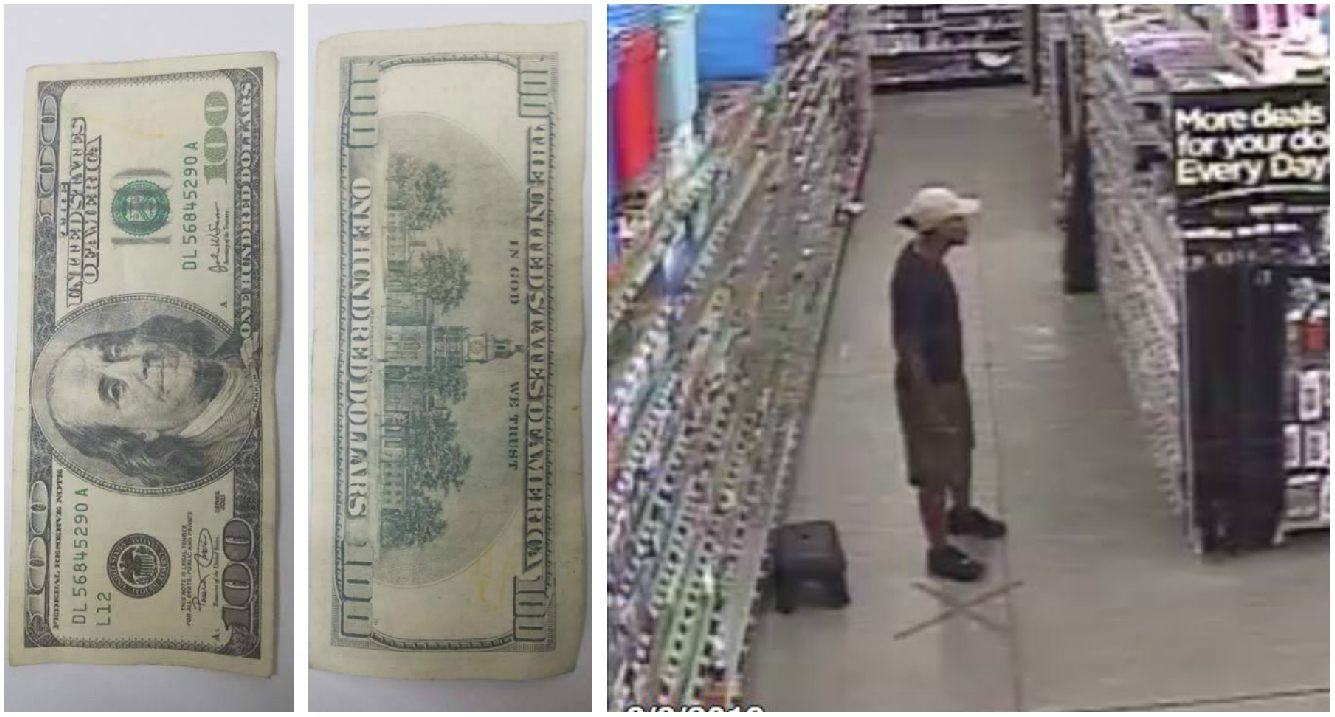 Investigators say the counterfeit bills appear to be bleached $10 bills and then edited to appear as $100 bills.

“They look and feel authentic and will pass a counterfeit pen detector test,” South Hill police warned. “Holding them up to a light reveals the $10 bill underneath.”

The suspect is described as a black female in her 20s. She is skinny and has a short ponytail. She was last seen wearing a UNC hat, black shirt and possibly dark green shorts.

If you have any information about this incident or can identify the suspect, contact the South Hill Police Department at 434-447-3104.