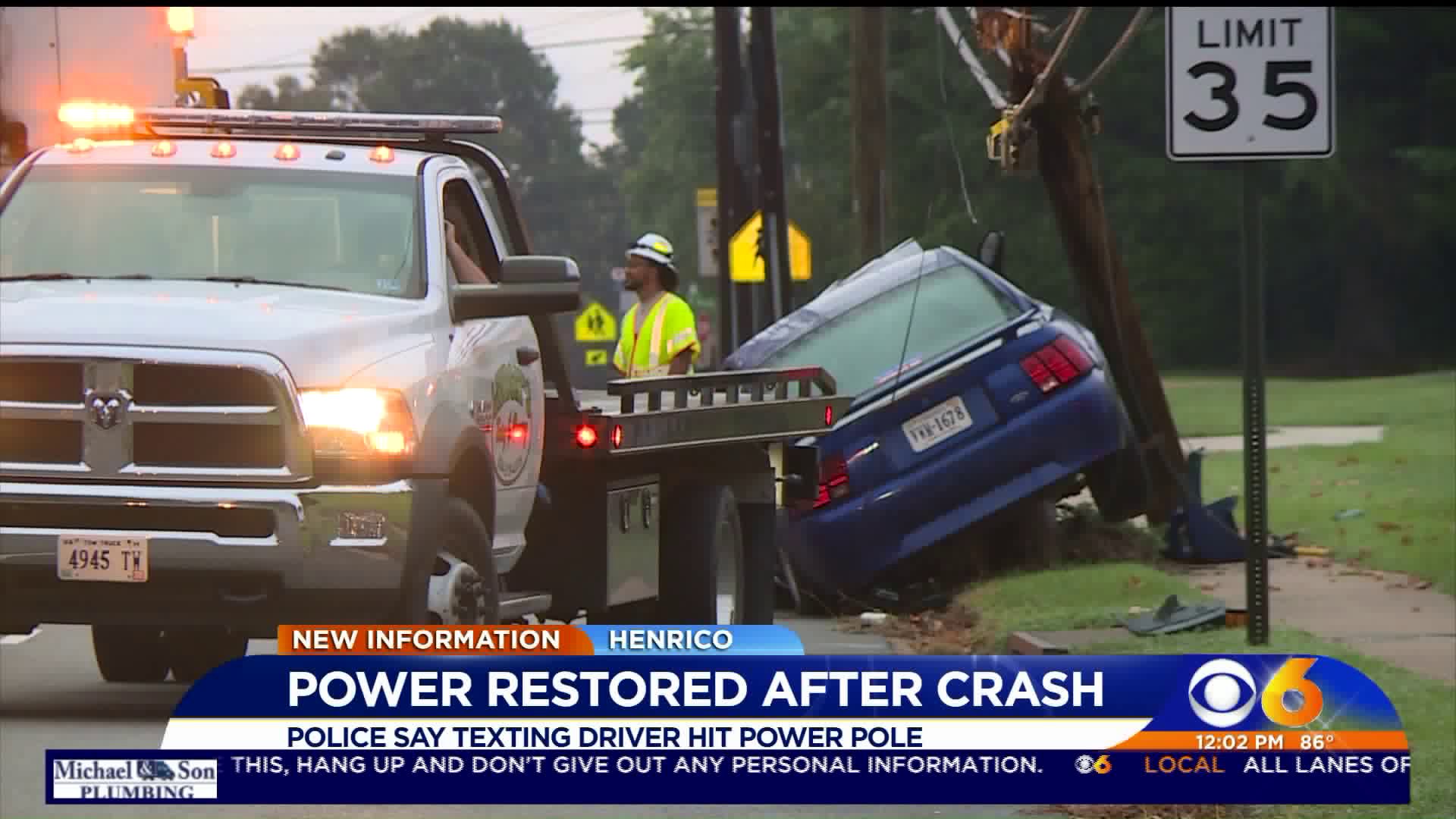 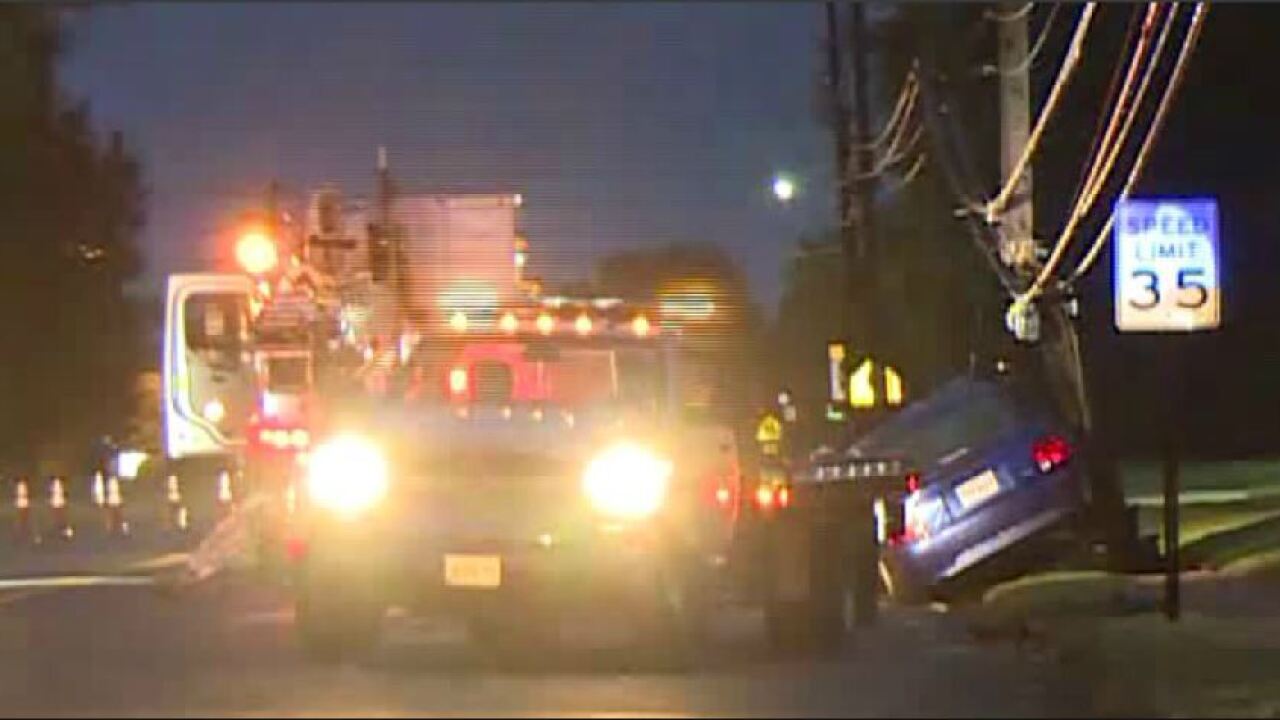 HENRICO COUNTY, Va. -- A driver, who was texting behind the wheel, crashed into a Henrico utility pole, according to police on scene.

The driver was not hurt in the Azalea Avenue crash, but the road was shutdown between Huntington Avenue and Tamiana Avenue so the utility pole could be repaired.

Police said the road closure would impact the morning commute.

The crash was reported before 1 a.m.

Marcia Turton was one of 744 Dominion Energy customers to lose power after the crash.

"I was expecting a nice quiet day," said Turton. "The clock was out, the TV was out. I said 'whoops.'"

Turton said she felt fortunate that she didn't have to go to work that day.

"My whole house is electricity. The stove -- everything. I can't boil water, nothing. I can't make cup of tea -- nothing," said Turton.

Shairley Reid and her family live next door and also lost power.

The road was re-opened around 8:30 a.m. and power was restored to all customers shortly after. Reid said she felt fortunate the outage didn't last longer.

"Just grateful that the lights are back on and that we won't be in this heat index today," Reid said. "Me or my neighbors."

The driver involved in this crash was charged with reckless driving.