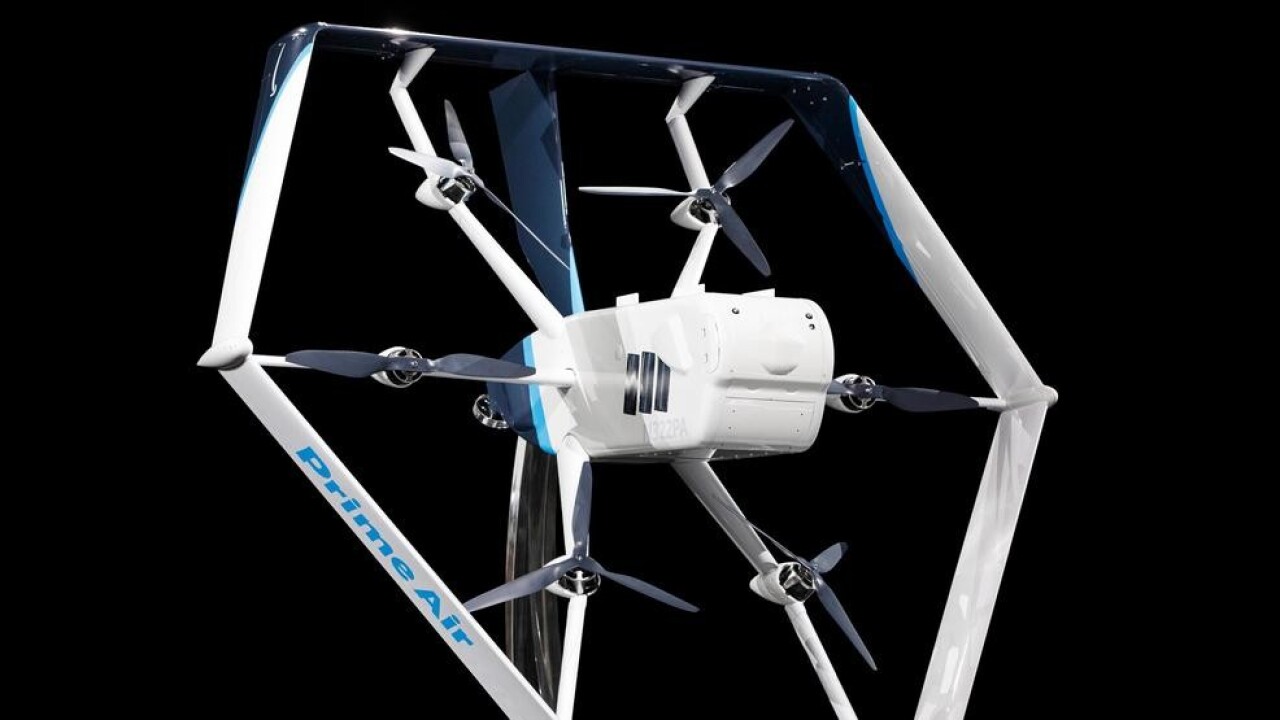 Amazon has grand plans to deliver packages to its customers via autonomous drones but first it needs to get clearance.

The company has requested that federal regulators excuse it from following some current rules of flight, according to the Federal Aviation Administration.

The agency on Thursday published in the Federal Register a petition from Amazon that would allow the company to operate “a delivery system that will get packages to customers in 30 minutes or less using UAS” — an acronym for unmanned aerial systems, better known as drones.

Amazon is requesting permission to use its custom MK27 drone for deliveries before the FAA grants the aircraft a certificate of airworthiness, and an exemption from drone-specific rules, including a requirement that they only be operated when an operator can see it.

The company also requested to be excused from complying with aviation regulations more commonly associated with planes, such as requirements that pilots fly above certain heights, carry extra fuel, and fly with documentation including maintenance logs aboard the aircraft.

The petition says delivery drones will fly autonomously, or without human input, but that there will be one operator for each drone in the sky at any time. Amazon would like to eventually have a lower operator to drone ratio “subject to FAA approval based on flights and simulations that demonstrate required levels of safety.”

The 29-page petition also outlines how the drone delivery program would operate.

At least initially, the company plans to only conduct flights during the day in “areas with low population density” when there are no “icing conditions” and the wind is less than 24 knots.

Flights will be planned to avoid “all known overflight areas such as sensitive government installations, hospitals, open air assemblies,” which includes fields where sporting events are taking place. Deliveries will be less than 15 nautical miles round trip and packages must weigh 5 pounds or less — parameters the company has previously outlined.

Amazon said in June drone deliveries would begin “in months,” although it did not specify if that timeline applied to the US.

The FAA will take public comments on the petition until August 28.