‘The Bold and the Beautiful’ actress: ‘All the dominoes are starting to topple’ 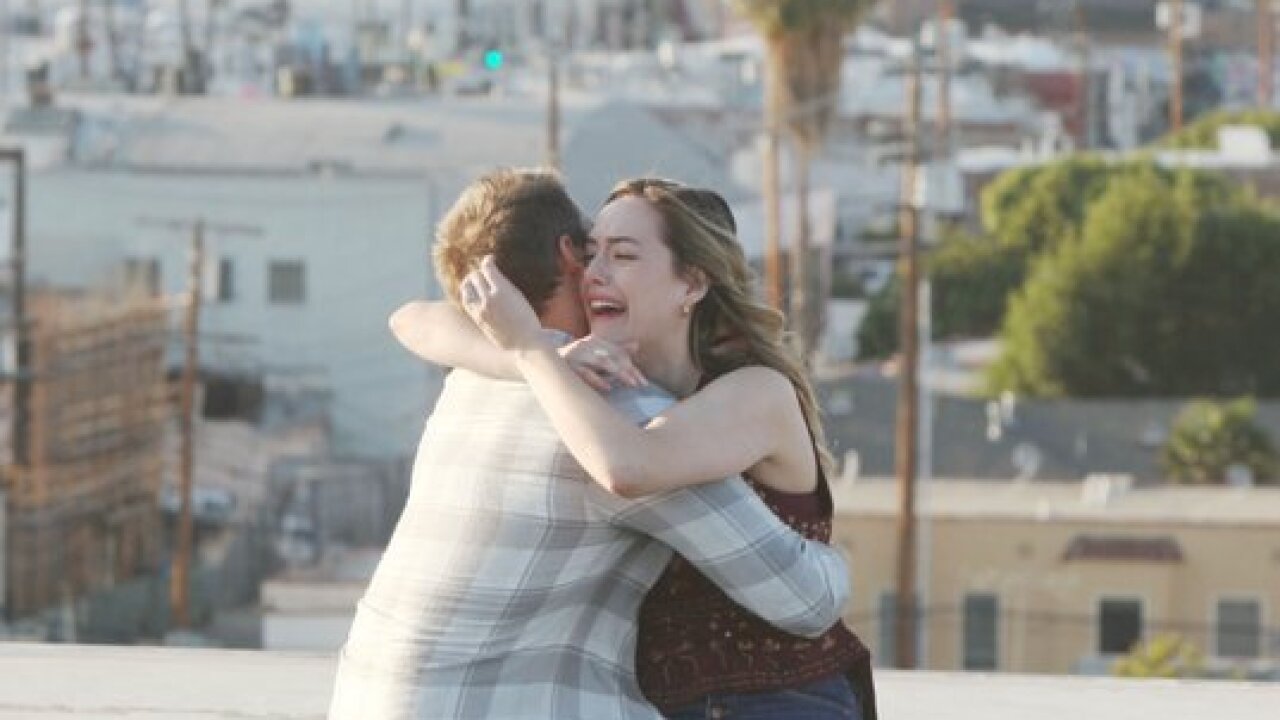 Annika Noelle, the actress who portrays Hope Logan on the world’s most-watched daytime soap opera, “The Bold and the Beautiful,” revealed in a recent podcast interview that “all the dominoes are starting to topple over” in the show’s long-running storyline that has left some viewers frustrated.

Noelle chatted with the hosts of AfterBuzz TV’s “The Bold and the Beautiful” podcast about how the emotional storyline, in which her character has no clue that her baby is alive and being raised by her arch-rival (who does not realize the baby is Hope’s), has impacted her as an actress.

“I’m flattered and so grateful they trusted someone so new,” said Noelle, who took over the role of Hope in 2018.

Noelle said she researched the character and feels she has proved herself as an actor during the intensely emotional scenes during the storyline that has dominated the show since January.

“I’m still very new… and I’m in the deep end,” she said. “I’m just grateful every day that I can challenge myself in that way as an actor.”

Noelle said she surprised herself with those heartbreaking scenes involving the loss of Hope and Liam’s baby, Beth, in January. In fact, she admitted she was nervous about the vulnerability required for those scenes.

However, she said that when it came time to film, she was blown away by the writing and her costars.

“We let it happen organically. The result was beautiful,” she said.

Noelle said working on the fast-paced production schedule, shooting Monday through Friday 7 a.m. to 7 p.m., has taught her to be ready for anything.

“The show demands you to be so emotionally ready and present. We did that in one take,” she said referring to the hospital scene where her co-star Scott Clifton, who plays Liam Spencer, has to tell her that the couple’s baby was stillborn.

Show producers teased something major would impact all the characters for the show’s 8,000th episode, which aired in early January.

“The story centers around an event so profound, it sends shockwaves throughout the lives of the Forresters, Spencers, Avants, Spectras and Logans for years to come,” show executive producer and head writer Bradley P. Bell said at the time.

Because the baby switch storyline has driven much of the show since then, Noelle revealed she has worked long hours.

“You have to listen. You have to be there,” she said. “I have surprised myself with what I have been able to do,” she admitted.

John McCook: ‘You can do anything as an actor’

In fact, Noelle said costar John McCook, who has played patriarch Eric Forrester since the soap’s inception 32 years ago, pulled her aside to acknowledge her work.

Noelle said McCook personally thanked her and said the staff was grateful for her contribution and noted that what she was being required to do “was not normal.”

“I want you to now that everyone seems how much of yourself your’re giving,” she recalled. “Know going forward that you can do anything as an actor.”

Noelle said once she gets home from filming, there is typically another 60 pages of dialogue to learn for the next episode.

“Your whole life becomes this,” she said, but admitted she is able to distance herself from the character outside of the show.  “I’m not someone who takes it home with me.”

The ghost scene: ‘That was the cutest ghost’

One of the show’s recent viral moments involved the charter of Thomas gaslighting his young son by projecting a ghost on a wall in the child’s bedroom in the middle of the night.

The storyline twist with Thomas, who looked A LOT different when he returned to Los Angeles after Caroline’s death, plays much like a classic thriller.

When Noelle saw the finished product, she was relieved the ghost was not scary.

“That was the cutest ghost.. I didn’t realize it would be making facial expressions,” she said. “It was like he was almost sorry he woke up the kids.”

Noelle also praised the young actor who portrays Douglas, Henry Joseph Samiri. This is actually his first acting role, according to CBS Soaps In Depth.

“How cute is he?” Noelle  said, who admitted the Henry loves to floss once the director yells cut.

Noelle also revealed that one of her favorite recent scenes was watching the Logan sisters’ reaction to learning her character was marrying Thomas.

“My favorite thing was watching them during the scene,” she laughed.

Noelle on Hope’s plight: ‘She is not acting rationally’

So how would Noelle react to what is happening to Hope?  The actress, who knows martial arts, said she would “take her earrings out” if the scenario played out in her life.

“We’re in everyone’s living rooms day in and day out,” Noelle laughed. “It’s a character and I’m from Boston.”

On a serious note, Noelle explained that Hope needs help.

“Everyone is saying how concerned they are about her. But no one is actually getting her the help,” Noelle said. “That is the point, she is not acting irrationally and completely lost in her grief and depression. And she hasn’t found a way back to that balanced-normal self. She is still very much lost… and pushing the people away, which is why she isn’t listening to her Mom or Liam.”

After some fans complained the Baby Beth storyline was dragging on for too long after seven months, Noelle urged them to keep watching.

“Literally every day pretty much from this point on there will be something happening. All the dominoes are starting to topple over,” she said. “There’s so many big things coming up.”