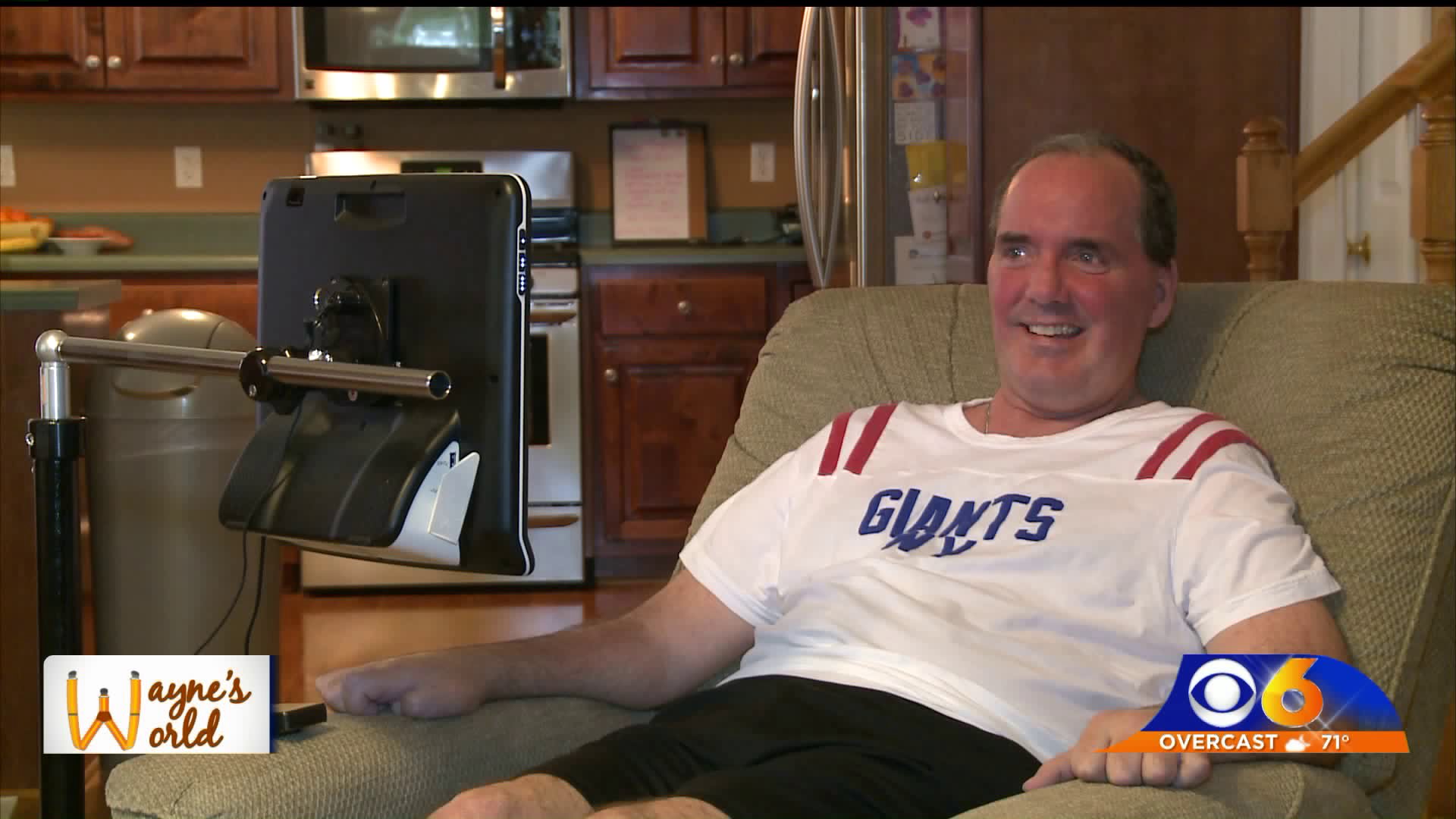 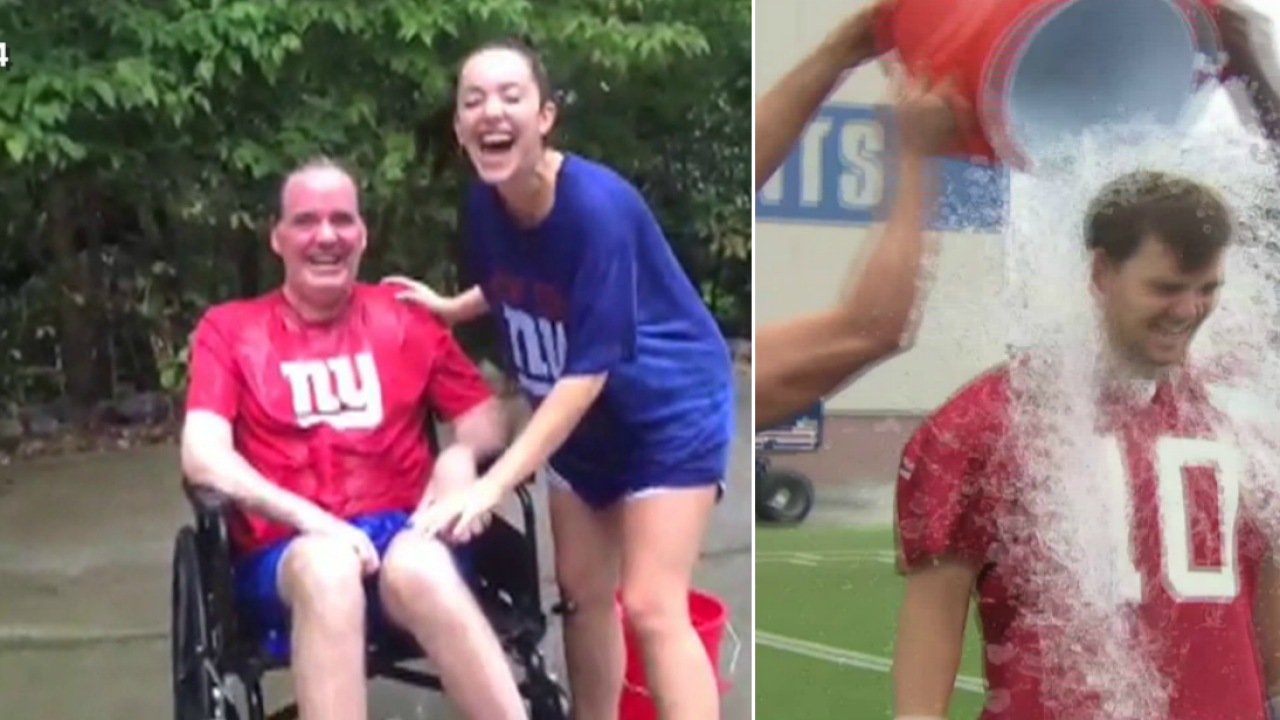 CHESTERFIELD COUNTY, Va. -- It’s been five years since the internet sensation that put a rare neurological disease on the same map as breast cancer, AIDS, and muscular dystrophy, at least in terms of awareness and fundraising.

The Ice Bucket Challenge went viral in the summer of 2014, when millions of people across the world – including many celebrities – shot videos of themselves getting soaked with freezing cold water, then challenging others to do the same and donate to the ALS Association.

ALS, or amyotrophic lateral sclerosis, is a progressive neurodegenerative disease that affects nerve cells in the brain and the spinal cord. Many who suffer from the disease become quadriplegics.

The results of the unique fundraiser were astounding: In just two months, the ALSA received an estimated $115 million in donations. The previous year, during the exact same time period, they had raised $5 million.

“We're lucky that we have it on video and we get to see that joy on his face and on our faces,” said Abby Broas, whose father Steve died from ALS in 2015.

The Broas clan made headlines in August of 2014, when they recorded a video of Steve getting doused, in his wheelchair, and then challenging his favorite NFL player, Eli Manning, to do the same.

The New York Giants quarterback accepted, and 24 hours later, was filmed getting his own ice bath, and giving a shout-out to Steve.

It’s a time the family reflects back on with both happiness and sorrow.

“In the middle of the sadness and the hardship that was the diagnosis, it was nice to kind of get to have fun with our dad again,” said Abby. “We got to see him bring out his silly side and have no fear dumping all that ice on his head.”

Steve died in May of 2015 at the age of 50, less than three years after he was diagnosed with ALS, commonly known as Lou Gehrig’s Disease.

That moniker probably best personifies the way the disease can ravage one’s body. By the end of his life, Steve, who had been a star athlete in high school and a college baseball player, could barely move.

"A person who has ALS is just robbed of everything,” said Wynne Broas, Steve’s widow.

And the disease took its toll on Wynne and their three daughters, before and after Steve’s death.

“It was hard to be involved,” said Wynne. “The first walk we went to after he passed was difficult.”

But as time passed, the family knew they needed to rejoin the fight, and give back to those who had supported them.

"It was also one of those things that we know that we just needed to do as a family,” said Wynne. "You can't get through something like this without the support of family, friends, and the community in general.”

So five years after Eli Manning accepted Steve Broas’s Ice Bucket Challenge, Steve’s wife and daughters are hoping that Richmonders accept their invitation to a fundraiser that their father would have gotten a kick out of.

“The name of the event is Beave Bash, and we got the name because we wanted to have Steve be a part of it,” said Wynne.

One of nine children, Steve was nicknamed “Beave” when he was young, and it stuck.

The event, which takes place August 10th at the Reserve at the Highlands, will feature live music and a number of silent auctions. The family says restaurants and businesses across central Virginia have stepped up to the plate, donating auction items.

Of course, there will be Giants memorabilia to bid on, including a framed set of pictures signed by Phil Simms, Bill Parcells, and Lawrence Taylor.

One of the goals of the Beave Bash is to raise money that will go to help ALS research and advocacy, but there’s another purpose as well.

“We also want to use, spend part of the money that we donate on local families,” said Wynne. “Specifically to help with equipment and other things that people in our specific community need.”

Equipment like the Tobii Dynavox, an incredible device that allows people to type using their eyes, and generate speech. Steve used it to communicate after he lost the ability to talk, and his family says it was a game changer.

Wynne has since donated that machine to someone else battling ALS. She says it was an easy decision to make, because she knows from experience that the kindness of strangers, and the support of one’s friends and neighbors, makes the fight just a little easier.

"It kinda helps to have a community around you when you're going through something like that."