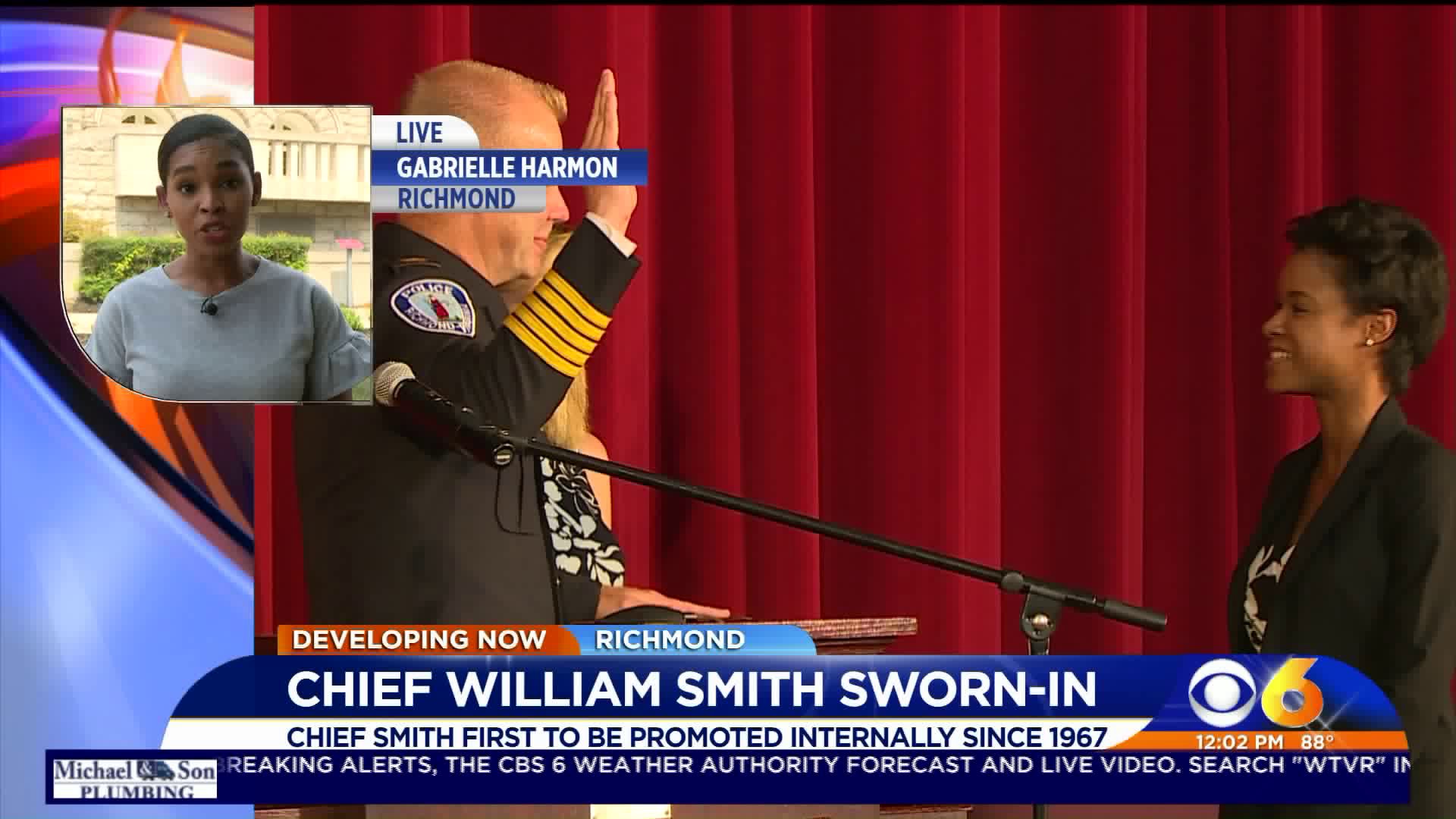 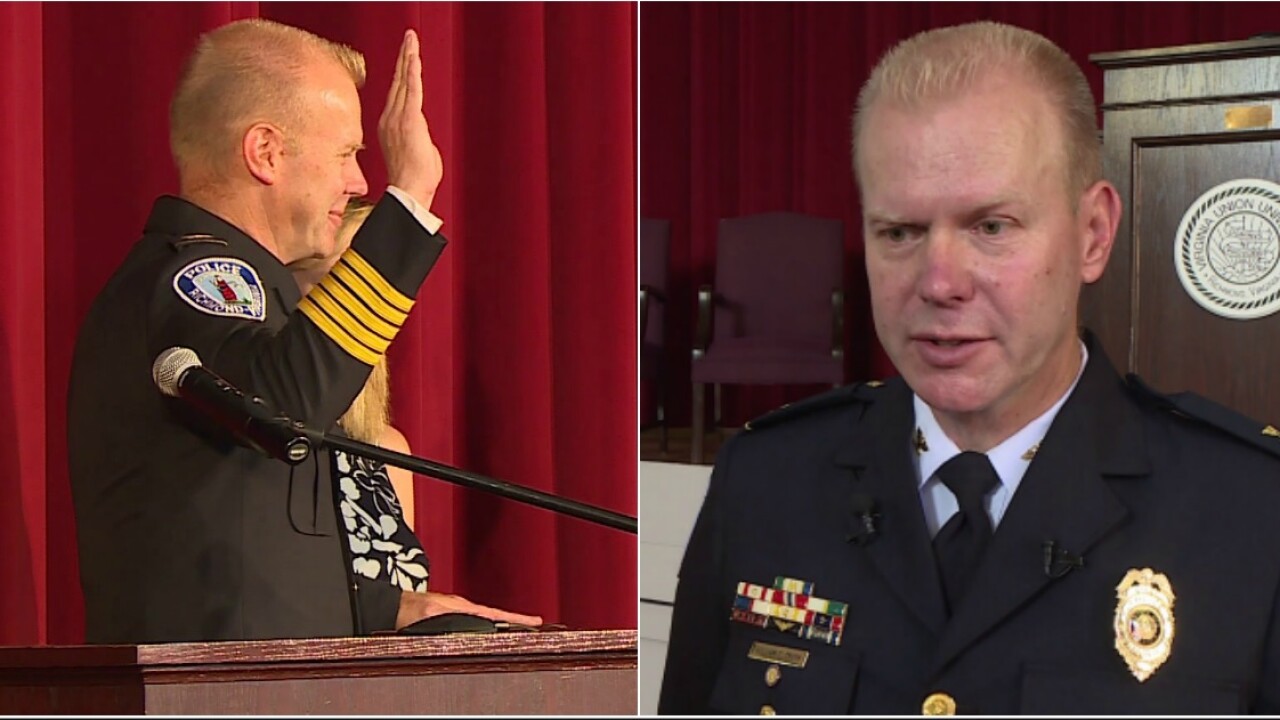 William C. Smith, who has served as the department's interim chief since January and been with the department since 1995, was selected for the job following nationwide search.

Smith is the city's 19th police chief, but the first to be internally promoted since 1967.

Richmond Mayor Levar Stoney said Smith was the right person for the job.

“We are headed in the right direction and Chief Smith knows the way,” Stoney said.

Smith said one aspect of his role as chief is to listen to the needs of the community and then translate that into action.

“You look at whether it’s restorative justice, which is very important to me, or intervention..." Smith said. "We really do want to reduce the number of people that are engaged in the criminal justice system and we’d rather be engaging them in a more positive way providing support and guidance.”

Smith is also the son of a former lieutenant with Richmond Police.