RICHMOND, Va. – A trending video of a series of sidewalk water gun fights that has amassed more than 2 million views in less than 48 hours was shot in Richmond.

The video shows a group of young men running up to strangers, tossing them a water gun and then asking the other person to fire first.

The VCU grads, who met doing creative projects at the university, have been blown away by the response since it was posted to Josh's Twitter account Saturday morning.

Hallelujah said the trio came up with the idea while the River City was grappling with the extreme heat.

Roth admitted he was initially hesitant about the idea.

"When he presented this idea to me, I was like, ‘Bro, I am not walking around with super soakers and spraying people,'" Roth remembered. "I’m not doing it because people are not going to respond. They’re not going to do that, and I don’t want to make anyone upset."

Roth said the experiment blew him away when the first person responded by grabbing the super soaker and firing back. Their mission as "joy makers" was a hit.

"The perfect thing is to not discriminate, because you don’t know who you can make smile," Hallelujah said. "So we chose anybody and everybody. We came up to them, tossed them the water gun, and said, Let’s get it!’"

It was mad hot. So we bought 2 water guns, filled them up, and walked up to people and tossed them one.... just to see if they were down for a quick water gun fight..... let’s see happened 😂😂😂🤷🏻‍♂️ pic.twitter.com/Kcnu1gmFGK

'You don’t know who you can make smile'

Robinson said when someone sees a water gun, their response is immediate.

"You throw it on the ground they’re like, 'Oh give it to me!" Robinson said. "Right, we got the bright ones for a reason."

Hallelujah said the group's mission was to spread "joy and happiness."

"Somebody could be going through a horrible day and the next thing you know there’s a water gun in front of them, and they say, 'You know what... Today, let’s have a water gun fight and let loose for five minutes,'" Roth said.

Robinson said viral success should remind folks to "lighten up and have fun.

"You don’t have to sell drugs, sex, money, you can just sell God’s joy."

On going viral: 'My phone is blowing up'

"We shot it a week ago. Let’s just throw it on Twitter and see what happens," Roth said.

The group was stunned by the response on Twitter.

"I didn’t even look. He called me this morning," Robinson said. "Yeah, it was just like, boom, boom, boom and boom."

"It’s crazy, because I walk up to people like, 'Hey, retweet my video.' And they’ve already seen it," Hallelujah said.

The group said they are planning to release more content soon. 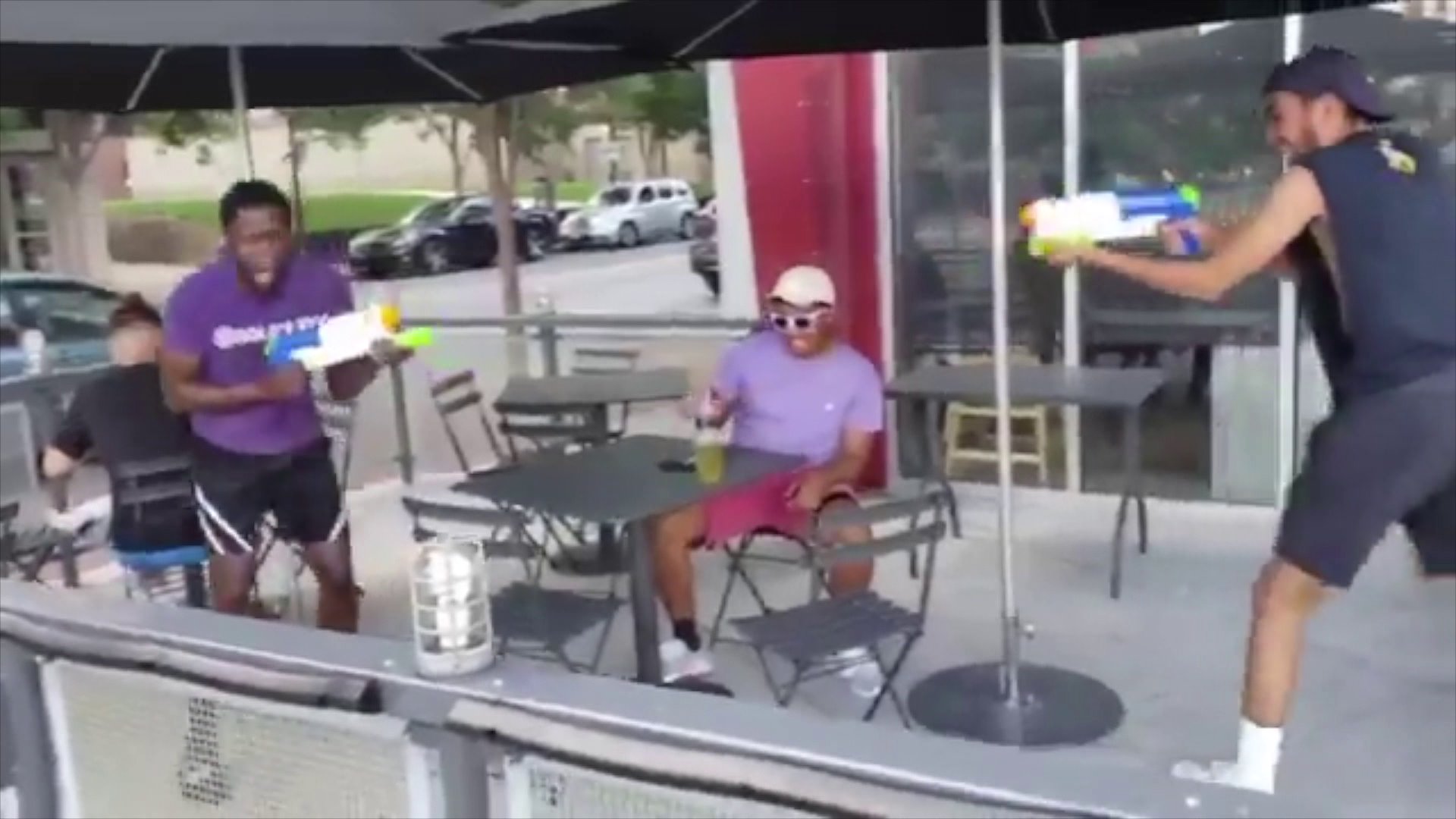