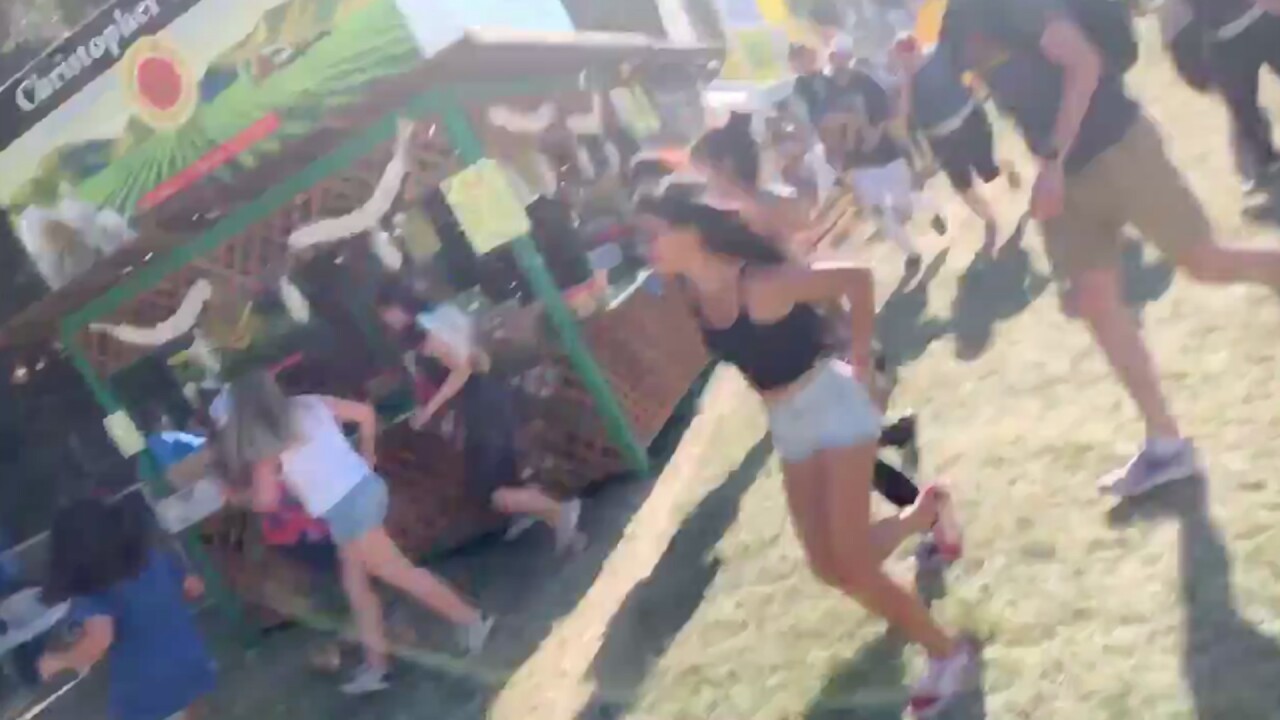 GILROY, Calif. -- At least three people are dead and 11 people are injured after a shooting at the Gilroy Garlic Festival in Northern California, according to law enforcement and medical officials.

The shooting occurred at the end of the final day of the festival, about 30 miles southeast of San Jose, sending people screaming as they tried to escape the chaos. Witnesses described pandemonium, with people running, hiding behind tents, crawling under tables or climbing fences to escape the gunfire.

Alexiou said the victims are in fair to serious condition.

The suspects used "some sort of tool" to cut through the perimeter fence to gain access to the festival, Smithee said. There were no posted security cameras at the festival.

The Gilroy Police Department tweeted that the scene is still active. A law enforcement source told CNN they have recovered a firearm and rifle ammunition from the shooting.

"The hearts of Gilroy PD and entire community go out to the victims of today's shooting at the Garlic Festival," the tweet said. "If you are looking for a loved one, please go to the reunification center at Gavilan College at parking lot B."

Video from the festival appears to show people fleeing after hearing gunshots. The suspect had "some kind of rifle" and appeared to be shooting at random, Smithee said.

Lex De La Herran told CNN he was walking away from the stage and "about two minutes later, I looked over to hear multiple gun shots and saw smoke through the air."

"Initially I thought it was fireworks," he said. "People started screaming and running, I instinctively did the same. It was complete chaos."

De La Herran said a piece of shrapnel hit him in the head.

"I remember seeing a whole stampede of people running, jumping fences," he said. "Some man screamed 'Those are real!'"

The Santa Clara Sheriff's Department dispatch told CNN an emergency center for this incident has been established at W 6th St and Hanna street.

Gilroy police said a witness line and family reunification line had also been set up.

A law Enforcement official confirms FBI agents from the San Francisco division are responding. ATF San Francisco's field division is also assisting, according to a tweet from the agency.

Sam Liccardo, the mayor of San Jose, the largest city near Gilroy, said he has deployed more than a dozen police units and several fire units to provide assistance.

"We're going to continue to send people down as Gilroy needs help," he said.

'It's one of the scariest feelings'

Miquita Price told CNN there were hundreds of people at the festival Sunday.

"It was people just enjoying the day," she said.

When Price realized someone was shooting, she ran and then laid down on the ground. The shooter stopped and that's when she said she ran to a truck. Price said a woman running next to her was shot.

"It's one of the scariest feelings," Price said. "I think this is all like a nightmare. I don't believe this is reality right now."

Peter Winzell was at the festival near its main stage when he saw the shooter. He told CNN affiliate KPIX-TV the band was playing the last song when the shooting started. He said he heard 20 to 25 shots.

"I saw him for approximately one second, he was firing with intent to hit people," he said.

Aiya Ella was also near the stage and told KPIX the band on stage was going to perform one more song when she heard two bangs she initially thought were fireworks.

Christian Swain told CNN he was performing on stage with the band TinMan when the shooting broke out.

"About halfway into it we heard about three pops to the left-hand side of the stage," Swain said. "All of a sudden it became very obvious. We ran off the stage. We crawled underneath it. We laid down, hid, kept quiet, until the police arrived."

Thirteen-year-old Evenny Reyes of Gilroy told the Mercury News that she and her friends had spent the day at the festival.

"We were just leaving and we saw a guy with a bandana wrapped around his leg because he got shot. And there were people on the ground, crying," she told the newspaper. "There was a little kid hurt on the ground. People were throwing tables and cutting fences to get out."

At least one victim was a child

A 6-year-old has been identified by family members as one of the deceased.

Romero says her daughter-in-law and the boy's other grandmother were with Stephen at the festival where all suffered gunshot wounds, KGO reported.

Gilroy City Council Member Fred Tovar addressed the death of the child in statement, saying in part. "I am deeply saddened by the news of Steven Romero," Tovar said. "I pray that God will grant his family strength."

Other victims have not yet been identified by authorities.

President Donald Trump acknowledged the shooting on Twitter, saying "law enforcement is at the scene."

California Gov. Gavin Newsom tweeted the shooting was "nothing short of horrific."

"Tonight, CA stands with the Gilroy community," Newsom's tweet read. "My office is monitoring the situation closely. Grateful for the law enforcement's efforts and their continued work as this situation develops."

California Sen. Kamala Harris said on Twitter that her office is "closely monitoring the situation."

"Grateful to first responders who are on the scene in Gilroy and keeping those injured by such senseless violence in my thoughts."

Celebrity Chef Tom Colicchio sent his condolences, having been at the festival only a day before. "Really great community," the tweet said. "Prayers go out to all."

Gilroy has a population of about 57,000 people, and is widely known for its garlic production and processing.

The annual food festival is held at Christmas Hill Park in Gilroy, about 30 miles southeast of San Jose. Sunday was the festival's final day. It routinely attracts 100,000 people, according to previous attendance records.

The festival dates back to 1979, when the first festival was held.

Clarification: A previous version of the story misstated the number of people injured. Sgt. John Ballard clarified with CNN the master list of injuries was 15 people long, which included 11 people injured and four people dead.