RICHMOND, Va. -- A broad daylight break has stripped a Richmond family of their sense of security and they are hoping someone can help them regain their peace of mind.

Watching Ring doorbell security cam video from out of town was gut wrenching for the Near West End victim.

"Property is replaceable, Jon, but I think the mental aspect of this will be the toughest part going forward," the victim, who asked to remain nameless, said in an interview Friday.

“Some of the jewelry is sentimental, but not to mention the family photos on our computers that are now missing and irreplaceable," the victim said.

Crime Insider sources said some of the items have led them to a location on the city's Southside.

"I don't know if it is something I could say on camera, but I’d like to give him a piece of my mind about the mental anguish he's put my family, our neighborhood and friends through as well,” the victim said.

The suspect, who was last seen wearing a black camouflage baseball hat, a white polo shirt with panthers on it and jeans, took off in a dark blue Chevrolet Impala

The victim said that while he normally works from the home, he sometimes leaves his teenager in charge. But he said that has stopped until the brazen thief is caught.

The homeowner said what is most disturbing was how brazen the thief was and the fact that he pulled into his driveway like he belonged there.

Anyone with information about the identity of this suspect is asked to call Third Precinct Detective D. Osbourne at 804-646-1069 or contact Crime Stoppers at 804-780-1000 or at http://www.7801000.com. The P3 Tips Crime Stoppers app for smartphones may also be used. All Crime Stoppers methods are anonymous. 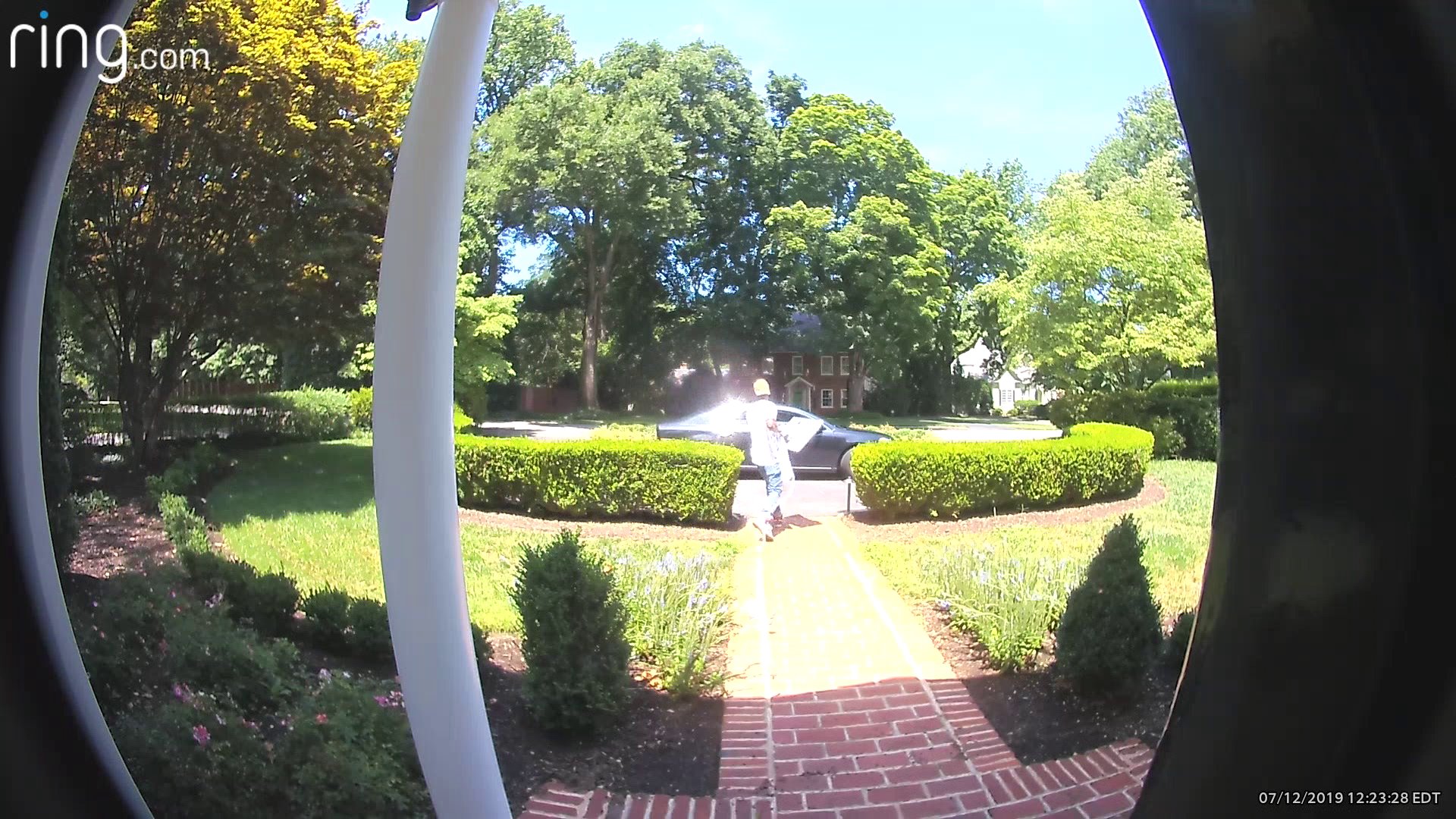