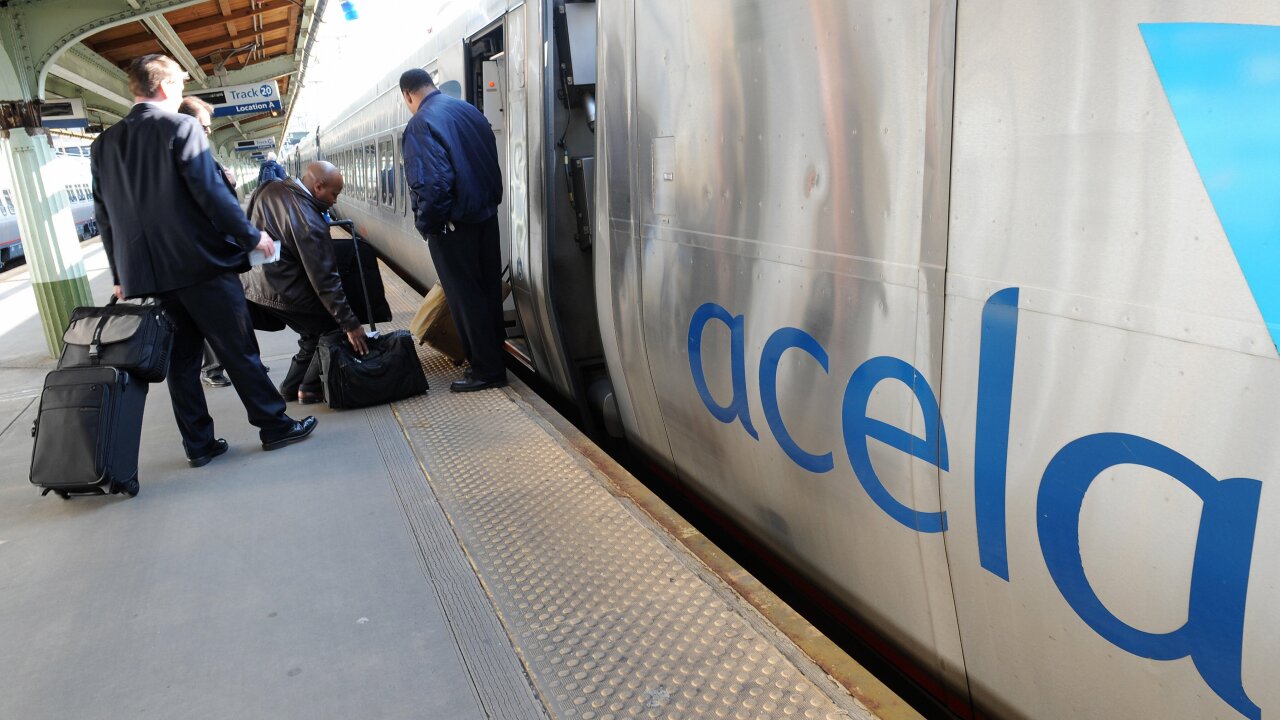 Travelers board a high-speed Acela train heading for New York and Boston at Washington’s Union Station on April 30, 2008.

Train travel between New York City and Washington is now faster than ever.

On Thursday, Amtrak announced that starting in September it will offer a new direct route between Washington Union Station (WAS) and New York Penn Station (NYP). The Acela Nonstop service is the first of several new projects for the transportation company, which will include an additional direct route from New York to Boston starting in 2020.

“The new Acela Nonstop service will have you halfway to your New York City or DC destination in the time it would take you to board a flight,” Amtrak President & CEO Richard Anderson said in a statement. “This new service will offer an ideal solution for travelers who want to save time and travel between city center DC and New York.”

The journey between the two major cities has been cut nearly in half. Riders can expect to travel for two hours and 35 minutes instead of four hours with the direct service. Flight times between the two cities are approximately 90 minutes, and that doesn’t include getting to the airport, security and boarding.

The company’s standard Quiet Car and First Class services will continue to be offered on the new routes.

Tickets are already available for purchase through Amtrak’s website, with the first scheduled departure on Monday, September 23. A one-way saver ticket from WAS to NYP is priced at $130