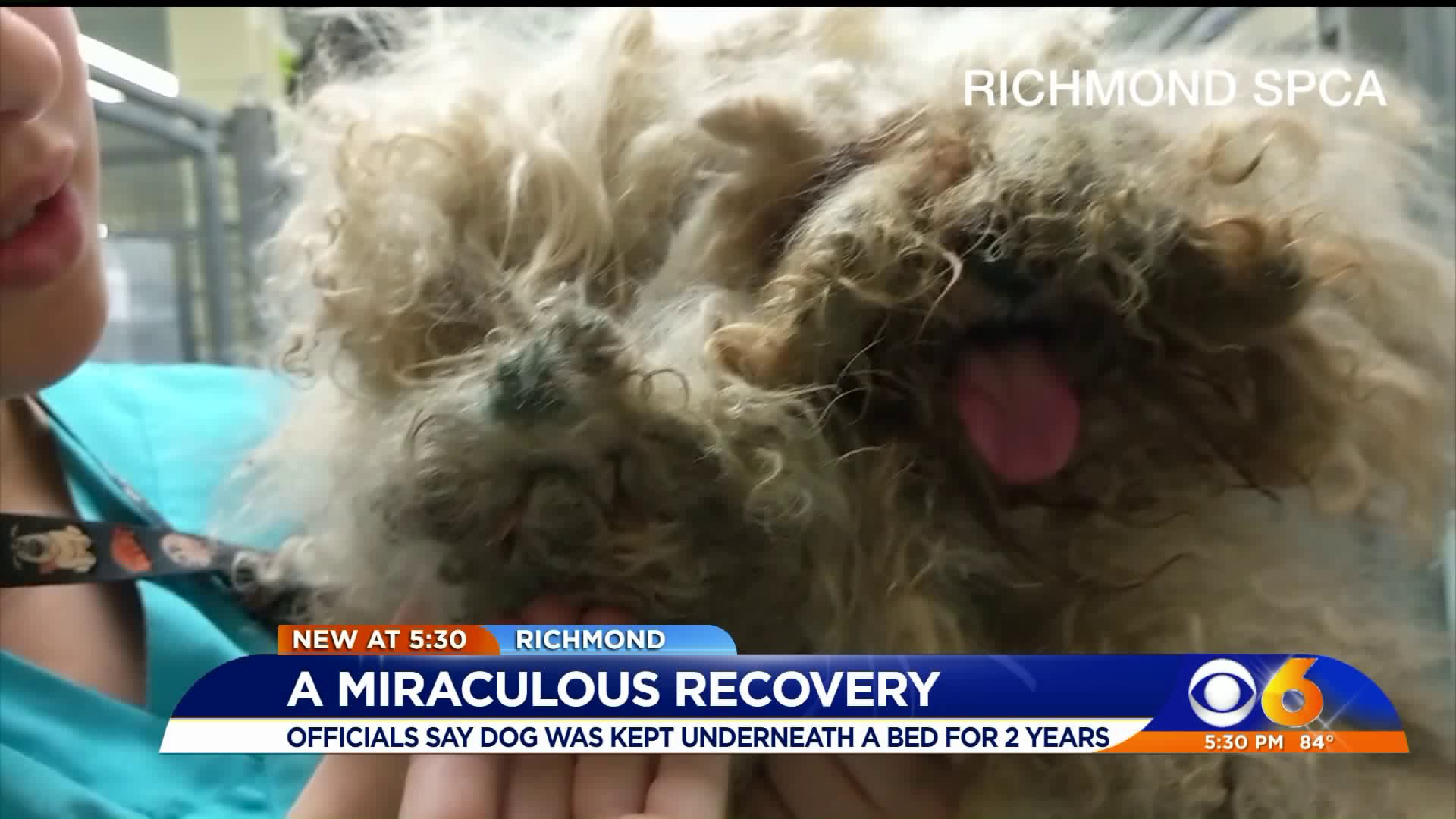 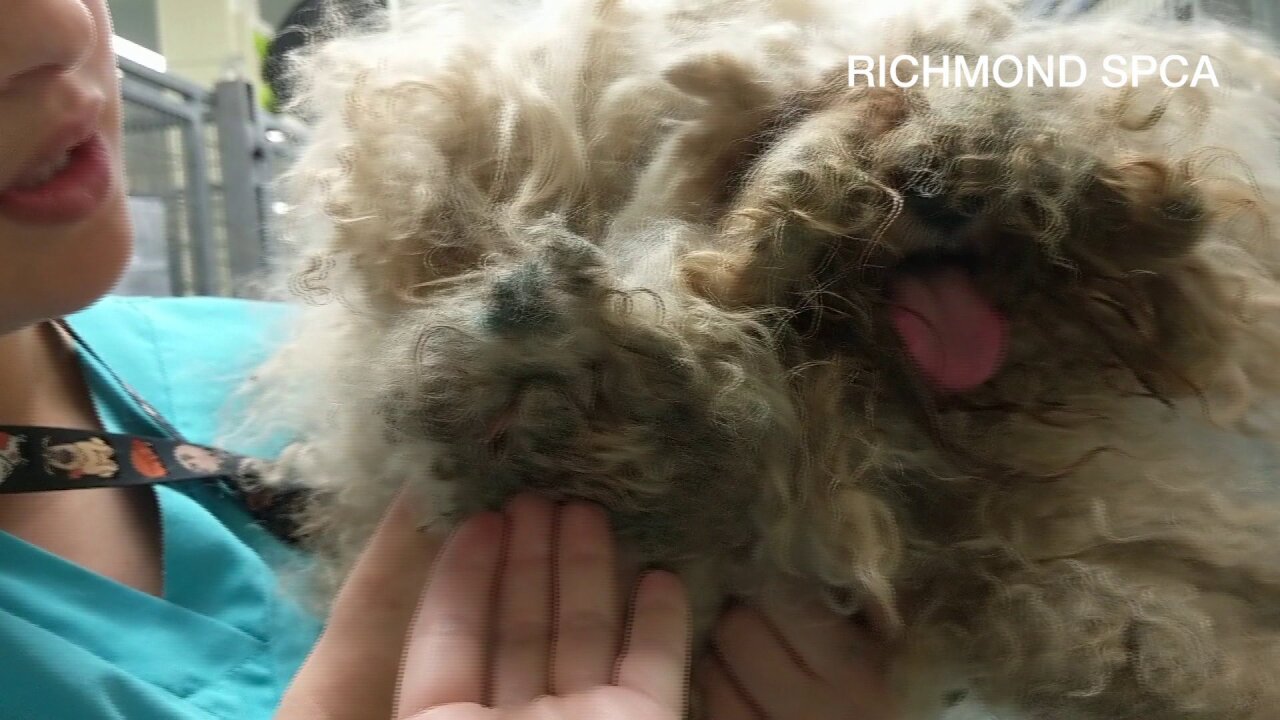 RICHMOND, Va. -- The Richmond SPCA rehabilitated a dog after living in one of the worst neglect situations officials with the organization have seen in decades.

The 7-year-old poodle nicknamed Lionheart was surrendered to the Richmond SPCA on Hermitage Road by his owner back in April.

"The owner told us he had Lionheart under a bed for 2 years and had only kind of just put food under the bed," Richmond SPCA CEO Robin Robertson Starr recalled. "Lionheart had been completely been without any human attention and affection for a considerable amount of time."

The dog's fur was severely matted and could barely walk, stand or eat.

"When I first looked at Lionheart in the kennel run when he first arrived, I literally could not tell which was the front or the back," Starr explained.

Starr considered Lionheart's past one of the worst neglected cases in her 22 years with the SPCA.

"We immediately took Lionheart into our care, and our dedicated team got to work. Not knowing his body condition and overall health, our veterinary team worked quickly to relieve Lionheart of his painful mats and address his medical conditions that had mounted over years of neglect," a Richmond SPCA blog post read. "It took several hours for our staff to remove pounds of matted fur that had amassed on his tiny body."

Starr said it took a team of veterinarians and caregivers about two months for the poodle to be ready for adoption.

Bill Brown and his wife recently adopted the dog, which they renamed Cody.

"He was really skinny when we got him because they had to shave him to clean him up," Brown explained.

Cody now lives a happy life with the Brown's in a Brandermill retirement community.

"It's unbelievable how someone can treat something so lovable, so cute and so smart," Brown stated. "We were shocked to find out his background to tell the truth."

Starr said the poodle's story is a perfect example of a dog's ability to bounce back despite a neglectful past.

"Dogs are remarkably resilient creatures and have the capacity to keep loving humans," she explained. "They seem to always be willing to give humans another chance."