HENRICO COUNTY, Va. -- The family of a Vietnam veteran who passed away last year is asking for help after they worked to get a bronze military grave marker installed at his burial place only to find out it was installed several yards away.

John "Button" Chapman Jr. served in the Marine Corps, and then worked at CSX for decades.  When he passed in April 2018, his family began the process to have a military marker installed.  Brenda Parsley, who is Chapman's niece, said they submitted the proper military forms to Forest Lawn cemetery in Henrico.

"[The cemetery] told me it would take awhile, so I waited," Parsley said.  "Well, I waited a year. I finally got in contact and nobody could tell me anything. They couldn't find where it was ordered or anything about it."

Chapman's family resubmitted the paperwork, months passed, and still no word from Forest Lawn, Parsley said.  Then, a few months ago, Chapman's ex-wife noticed something sitting down the hill from his burial site. 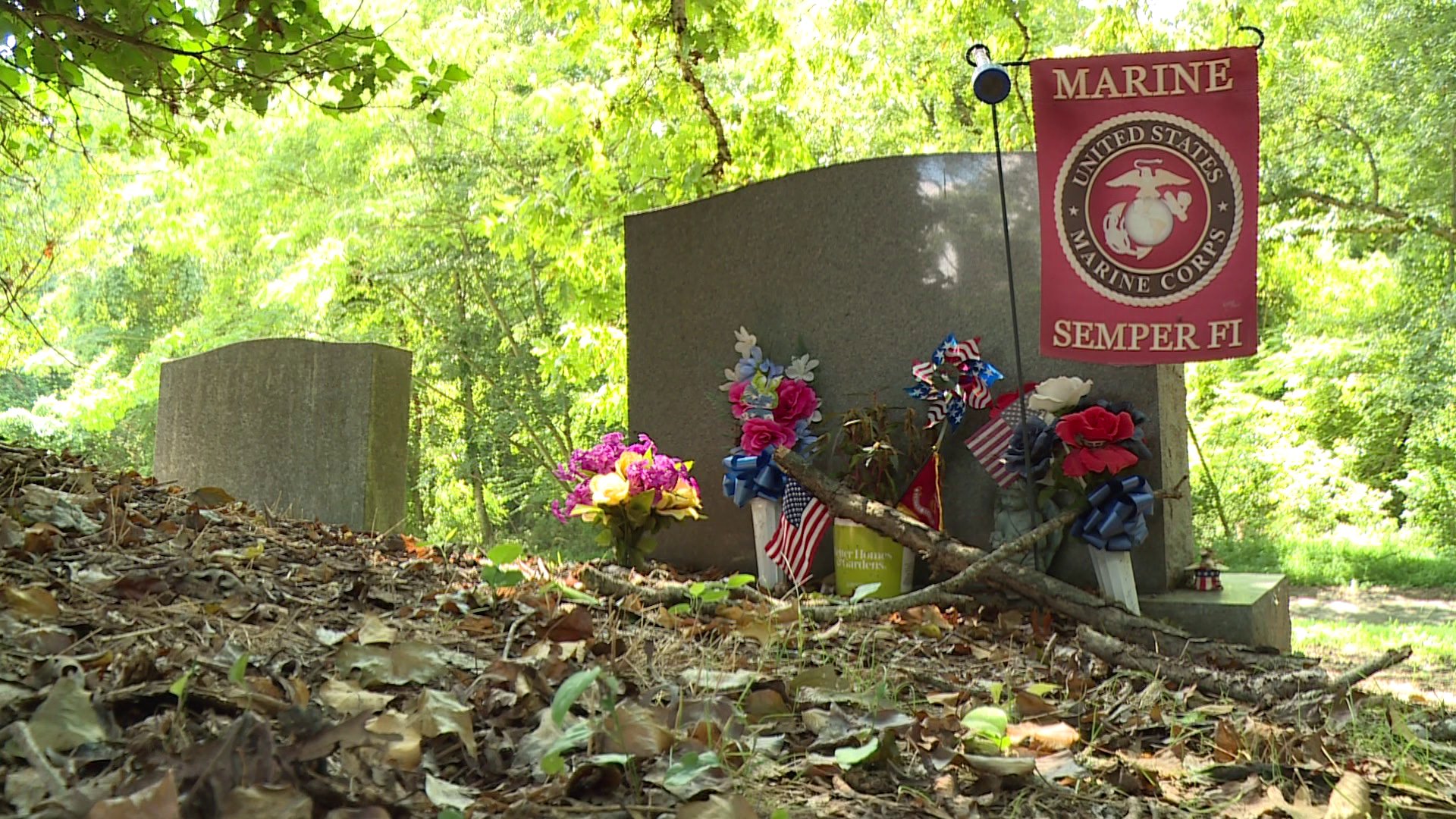 It was Chapman's bronze marker, but it was installed several yards away from where Chapman's remains were laid to rest.

Parsley reached out to the CBS Problem Solvers, who contacted Forest Lawn Cemetery with Parsley's concerns.  A few hours after the initial inquiry, a representative for StoneMor Partners, who owns Forest Law, called to say they were actively researching the complaint and would contact Chapman's family as soon as possible.

Shortly after that, Parsley told CBS 6 the cemetery called to say they would be moving the bronze marker Monday morning.

"They've been very nice. No one has been hateful or mean," Parsley said of the workers at Forest Lawn.  Her family just felt their concerns were being ignored until CBS 6 got involved.

Parsley said she is "thrilled" that her uncle's resting place will soon be complete.

"It would be right. It would be the right thing for it to be there," she said.