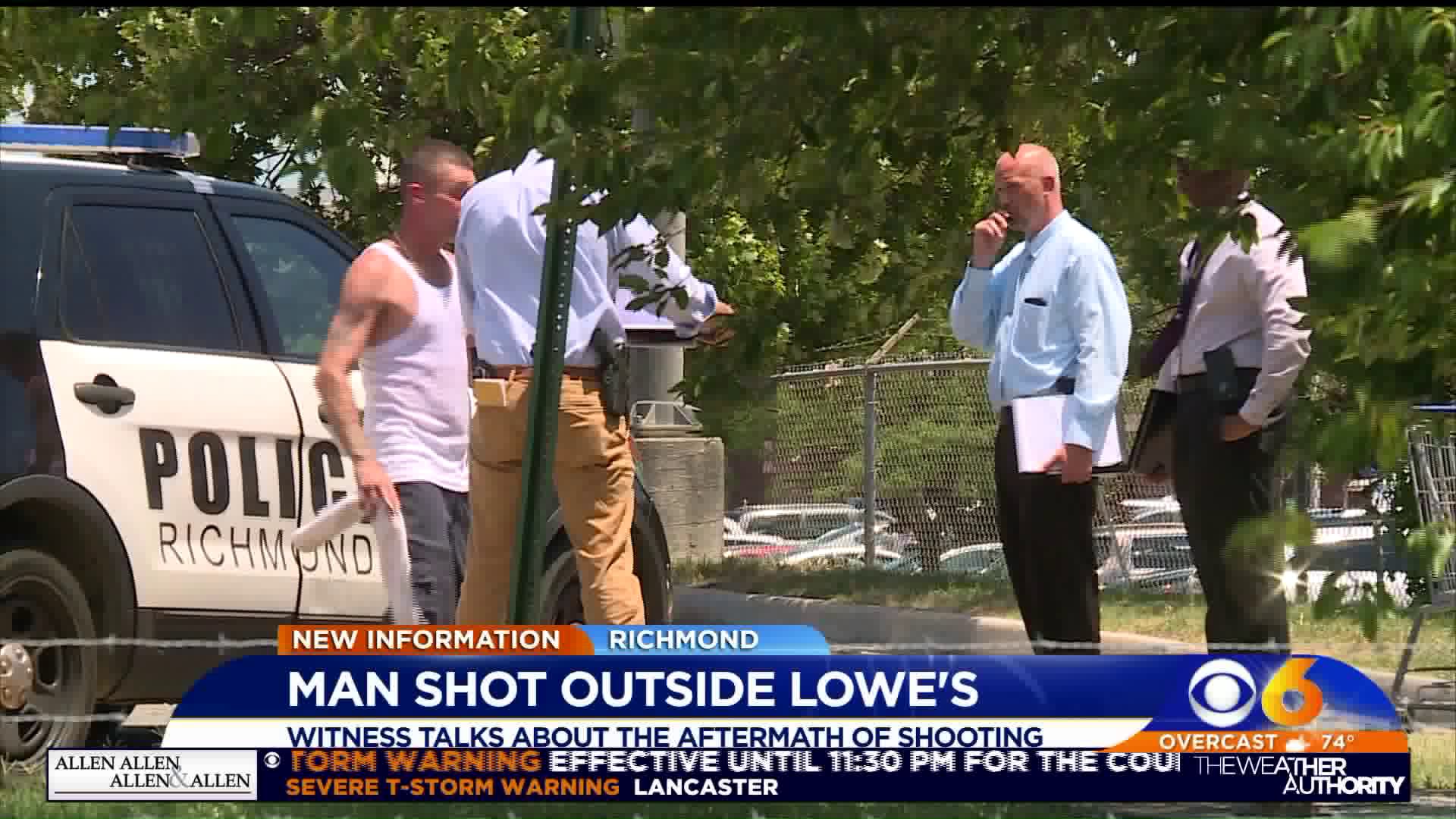 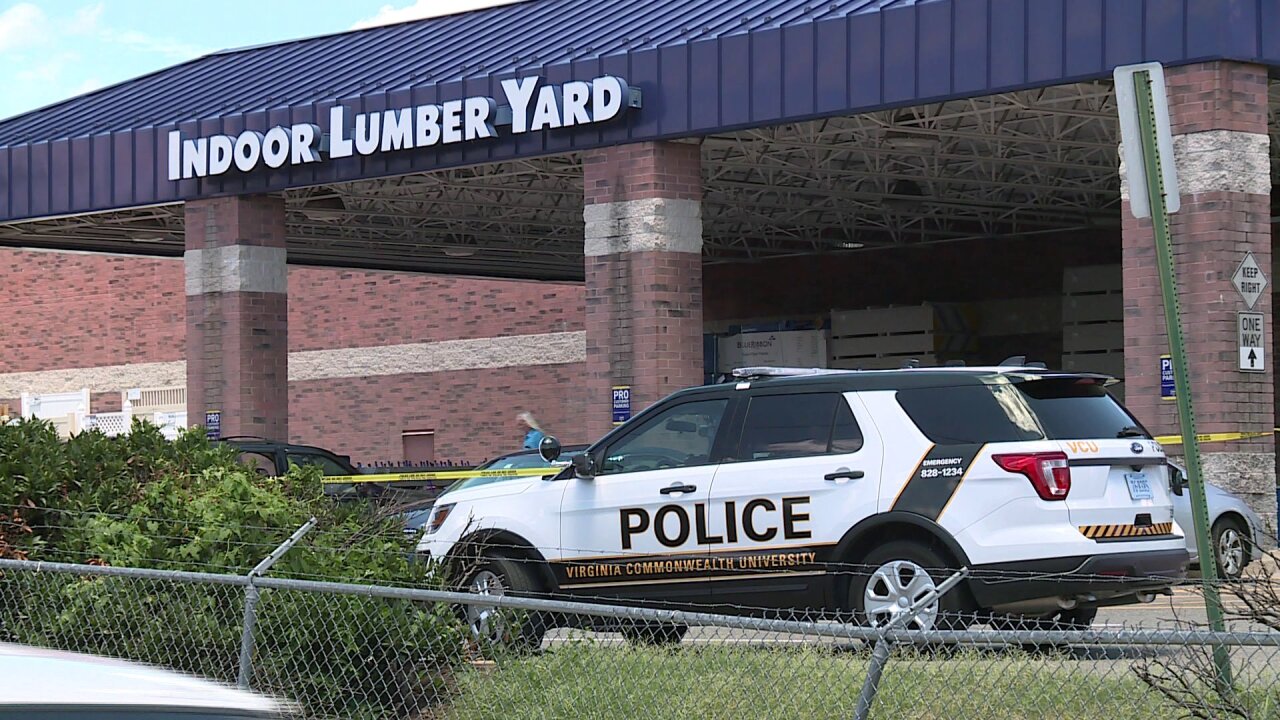 RICHMOND, Va. — A man was found with a life-threatening gunshot wound outside a West Broad Street business Monday afternoon.

“At approximately 12:28 p.m., officers responded to the parking lot of a business in the 1600 block of West Broad Street for the report of a person shot,” a Richmond Police spokespersons said. “When police arrived, they found an adult male with a gunshot wound. He was taken to a local hospital with life-threatening injuries.”

Peter Fraser, who owns the design studio 37ideas across the street from the Lowe's Home Improvement, said he heard a loud bang while walking back from lunch.

Witnesses who saw the shooting aftermath described seeing the victim with a gunshot wound to his midsection and stumbling in the Lowe's parking lot.

"He had no shirt on. Okay, it’s a hundred degrees, but he’s holding his abdomen and walking around staggering," Fraser recalled. "There was another man there with a cell phone screaming for help trying to get attention from everybody."

Crime Insider sources tell CBS 6's Jon Burkett that detectives don't believe the shooting was a result of a robbery.

At last check, police have not revealed a possible motive nor if they have a suspect in custody.

Anyone with information about this shooting is asked to call Crime Stoppers at 804-780-1000.