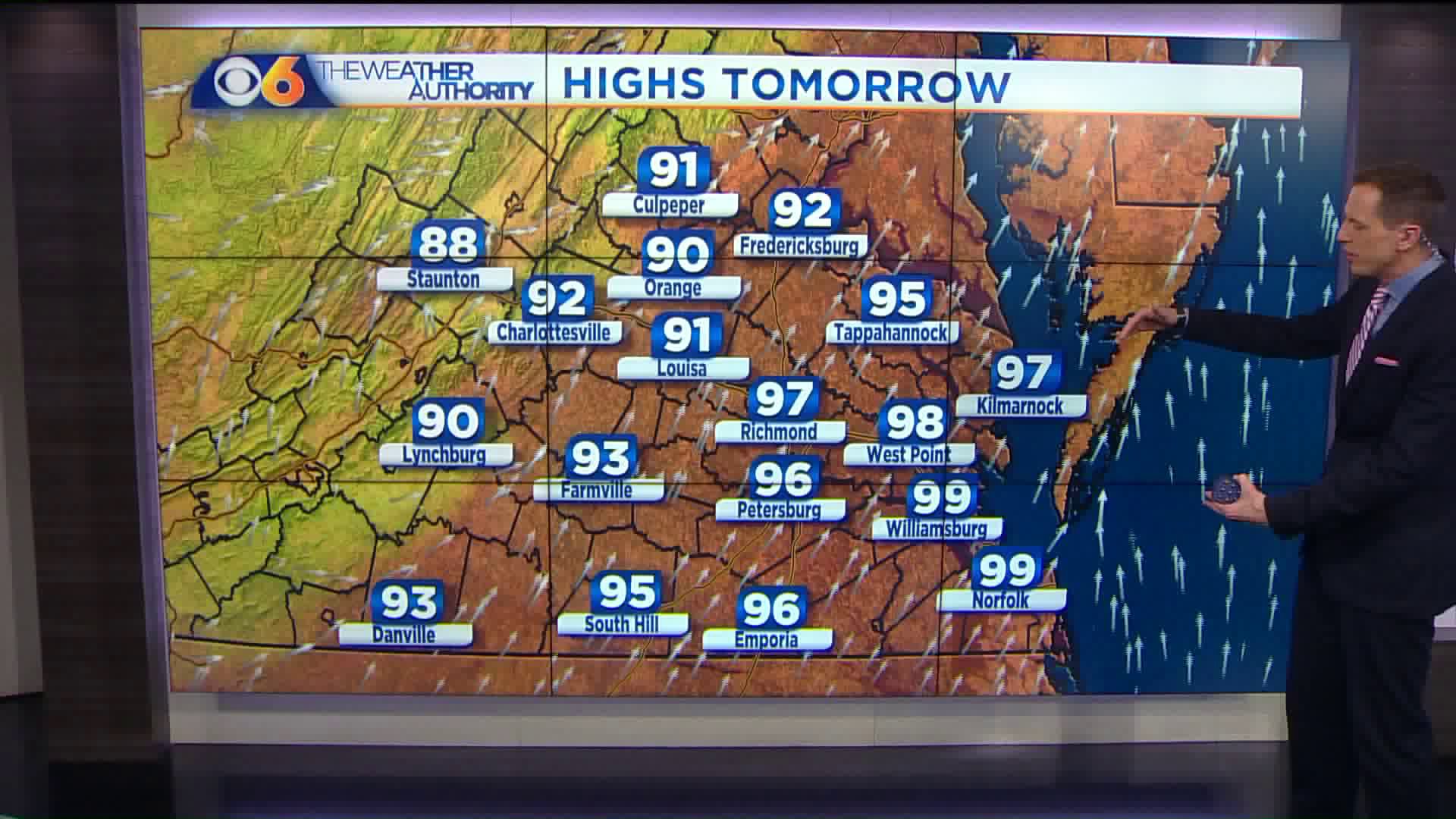 Major relief from the heat will arrive on Tuesday 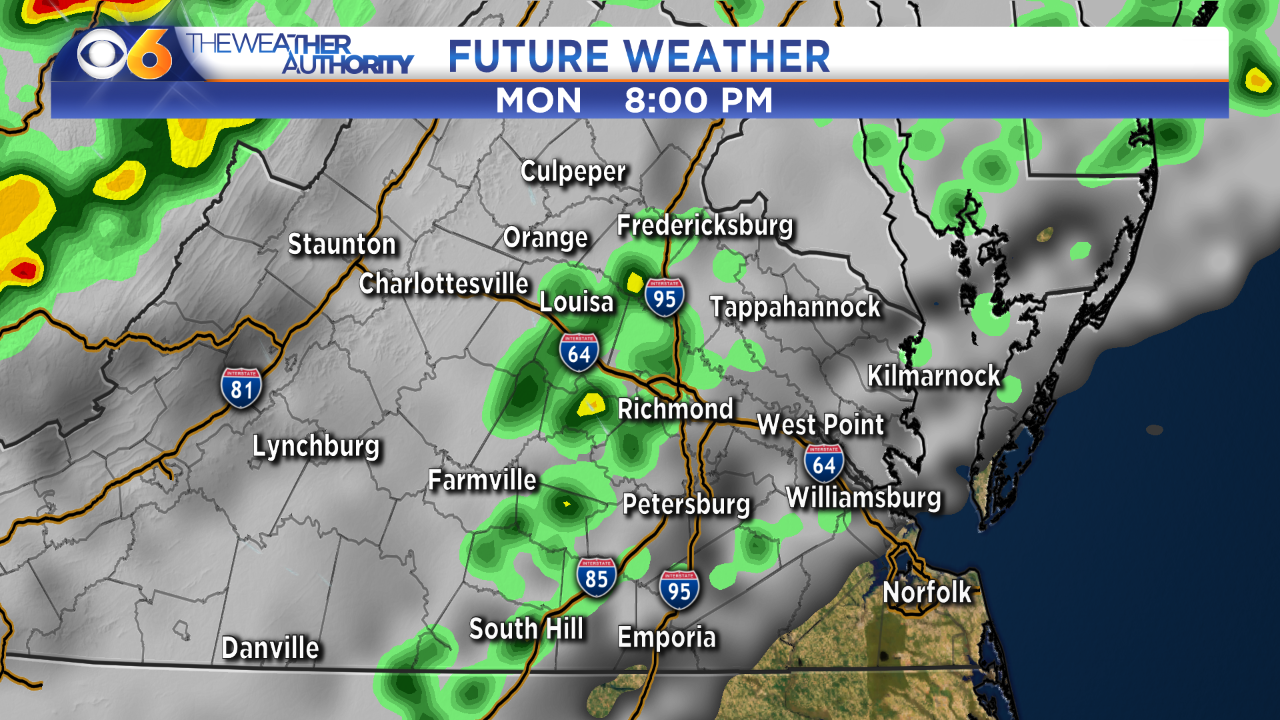 RICHMOND, Va. -- Temperatures will be a few degrees lower on Monday, but highs will still be 95-100° across central and southeastern Virginia.  Areas well northwest of Richmond will have highs in the low to mid 90s.

The heat index on Monday will break 100° in many areas.

A heat advisory is in effect for areas near and east of I-95 on Monday until 8 p.m.  The heat index will hit or exceed 105.

A strong cold front will bring a sharp end to the heat wave Monday night into Tuesday.  Highs Tuesday will range from the mid 70s to the lower 80s.  Compared to Sunday afternoon, it will feel about 30° to 35° cooler!

In terms of rainfall, there will be some storms through Sunday evening, especially west of I-95.

The cold front will get closer on Monday, and the chance of storms will increase across western Virginia during the day.  Storm chances in the metro will be highest during the evening.  Storms will have heavy rainfall and could produce some strong gusts. 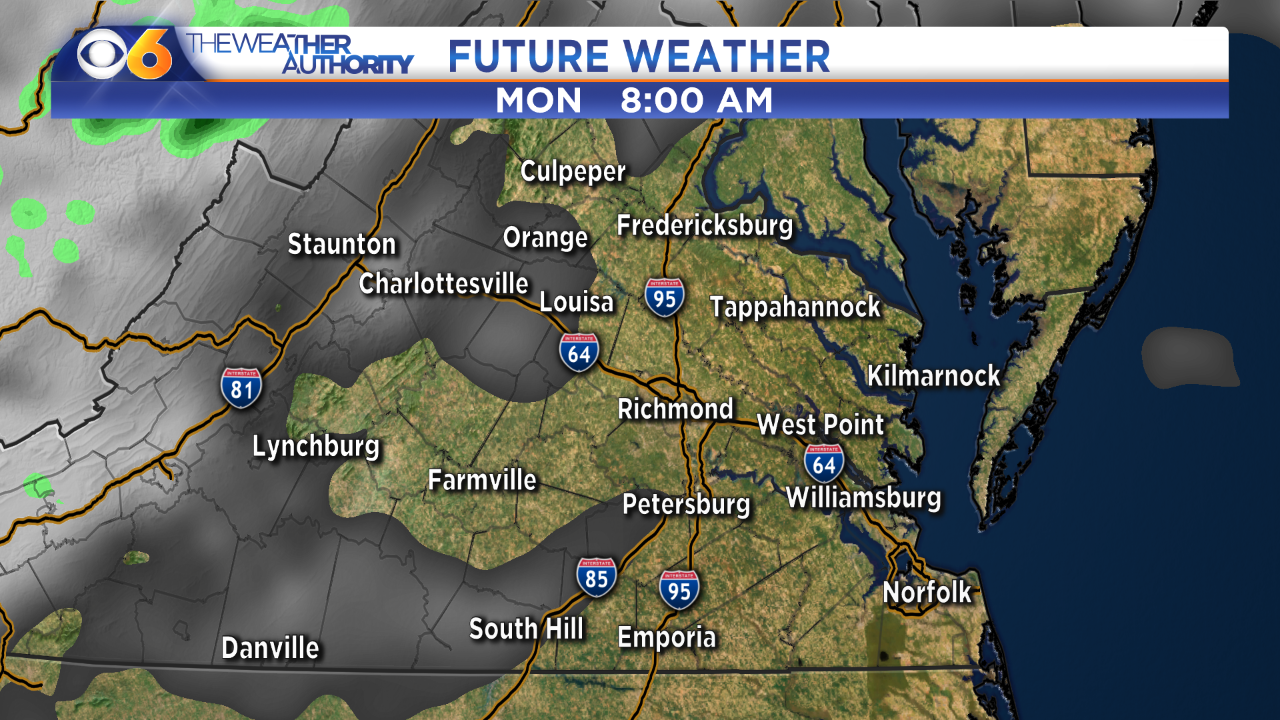 As the front moves slowly through the area on Tuesday, some waves of showers and storms will occur.  Rainfall amounts in excess of an inch will be possible.

Rainfall will exit Tuesday night.  Morning lows on Wednesday will be in the low to mid 60s in the metro, but will range from the 50s northwest to around 70° southeast.

Humidity levels will be much lower mid-week, then increase a bit heading into next weekend.

Highs will be a little below normal for a few days, but should return to the lower 90s by next Sunday and Monday.