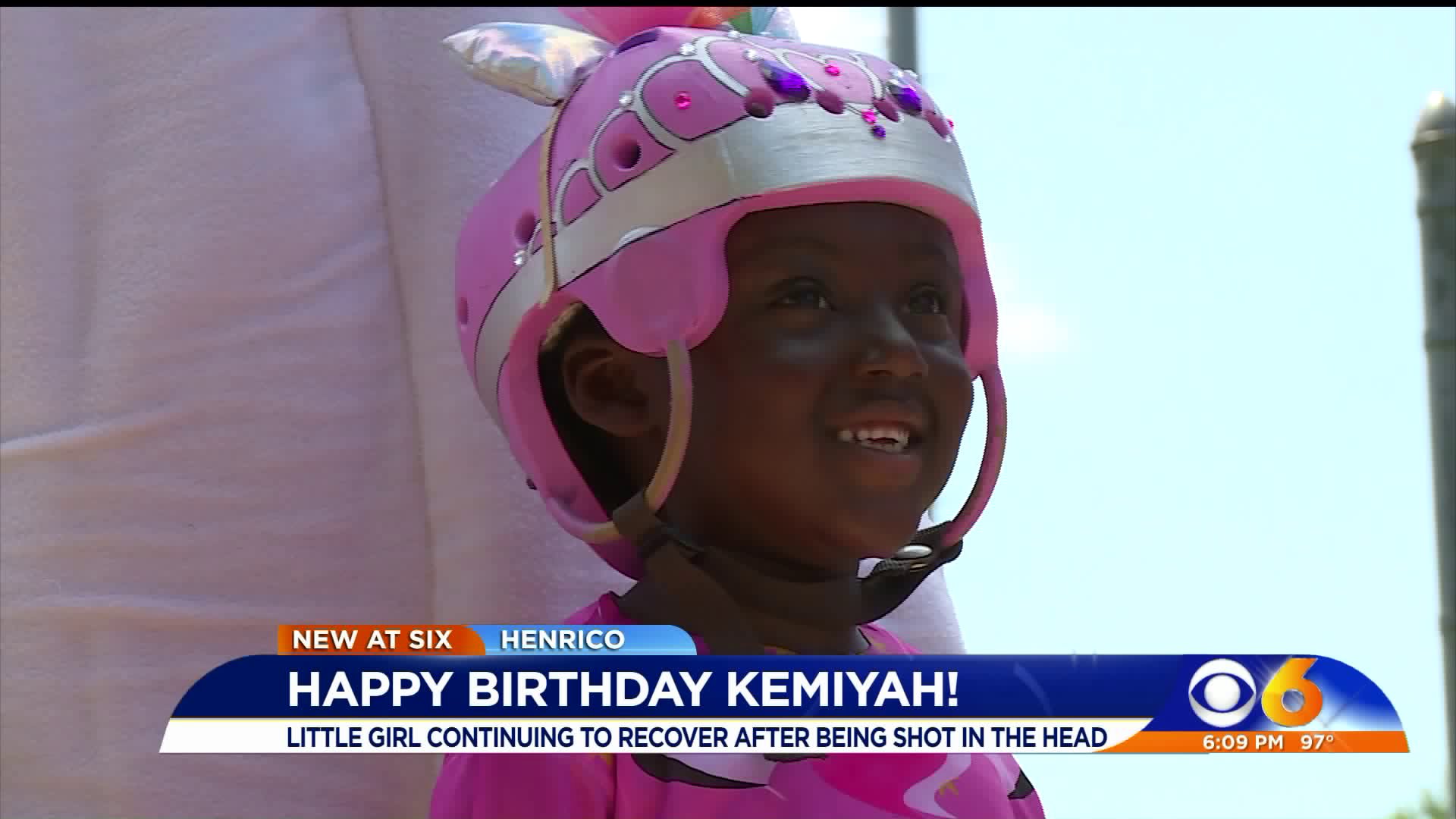 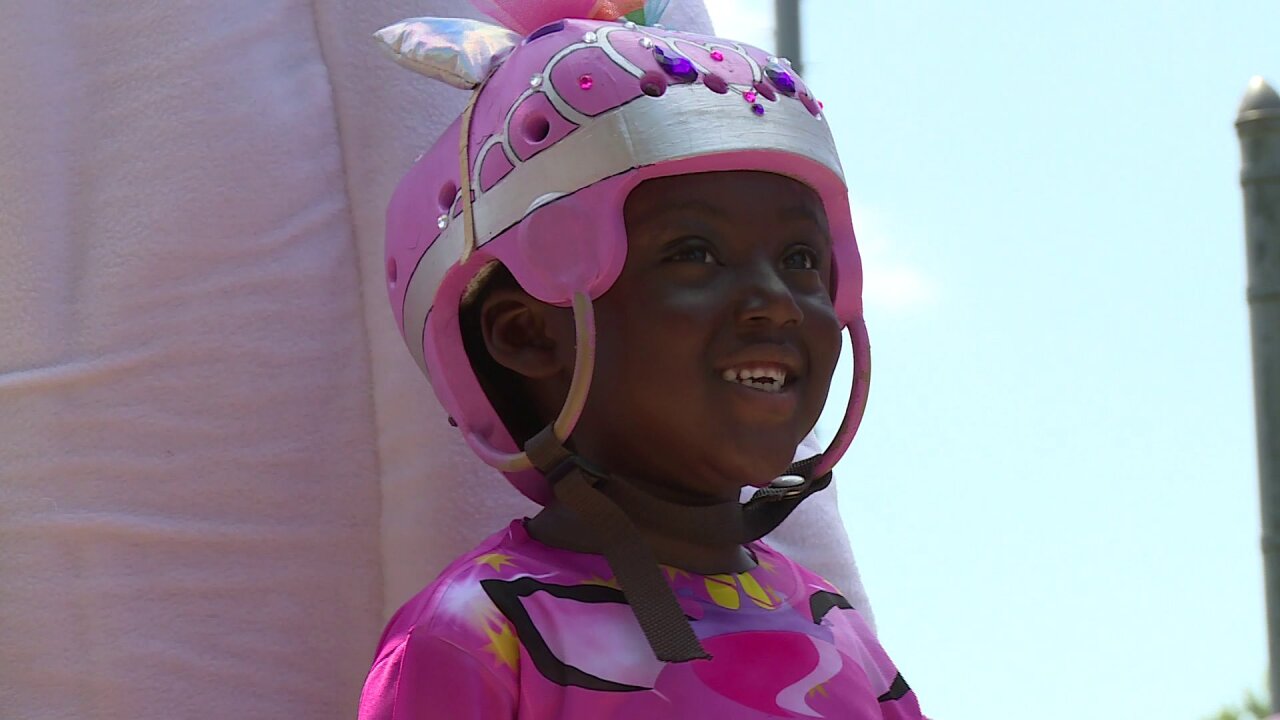 “Just a celebration of not only Kemiyah's birthday but what she’s overcome," Sherecka Harris, the six-year-old's aunt, said.

Edwards was hit by a bullet from a nearby gunfight back in April at her Henrico County home. Since then she’s overcome multiple surgeries.

On Saturday she was brought in style while led by a local bike and car group.

“These are people that we don’t really know, and just to show their support, is so rewarding," Harris said.

“We have little pools set up with ice in certain areas," Harris said. "Plenty of fluids, liquids and shade, tents and fans hooked up as well.”

Harris said Edwards has another surgery coming up to repair part of her skull, but in the meantime she will continue to live her best life.

“She definitely is living her best life -- and more to come," Harris said.