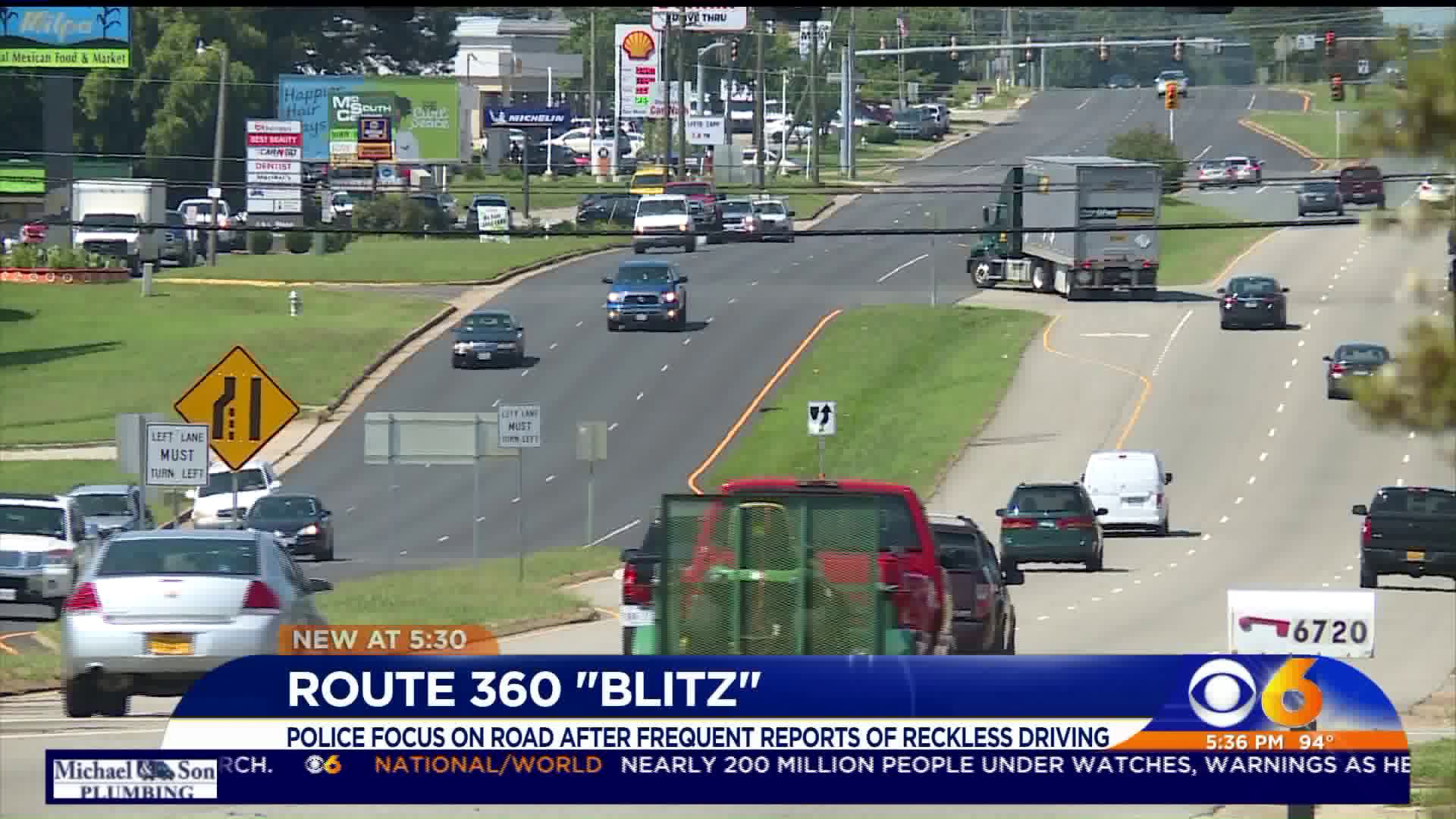 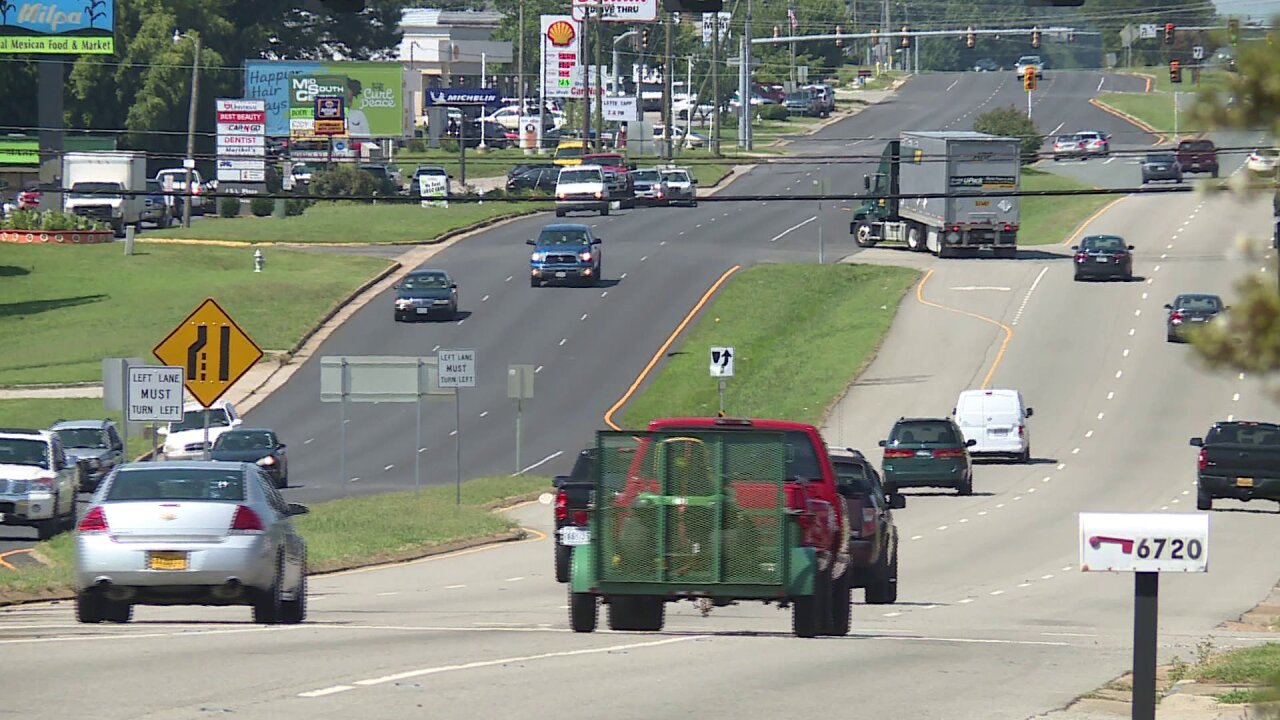 CHESTERFIELD COUNTY, Va. -- After receiving numerous reckless driving reports along Route 360, officers will conduct a seven-day blitz aimed at getting drivers to pay attention on the major thoroughfare cutting through the heart of Central Virginia.

Police departments that patrol the busy road said they constantly get calls about bad drivers.

Chesterfield Police, who patrol the 22 miles of Route 360 that cuts across their county, have investigated 282 crashes on Hull Street Road so far this year. In 2018, 685 crashes were reported along the busy highway.

Sgt. James Lamb with said Chesterfield County Police said some of those crashes are because of distracted drivers.

"Texters, speeders, some just ain't paying attention, so a little bit of everything," Thompson said.

Sgt. Lamb said the well-publicized blitz with plenty of marked cars, will remind helps drivers refocus their attention to the importance of driving the speed limit -- and staying focused on the road.