Her software put men on the moon. 50 years later, Margaret Hamilton got a glowing moonlit tribute 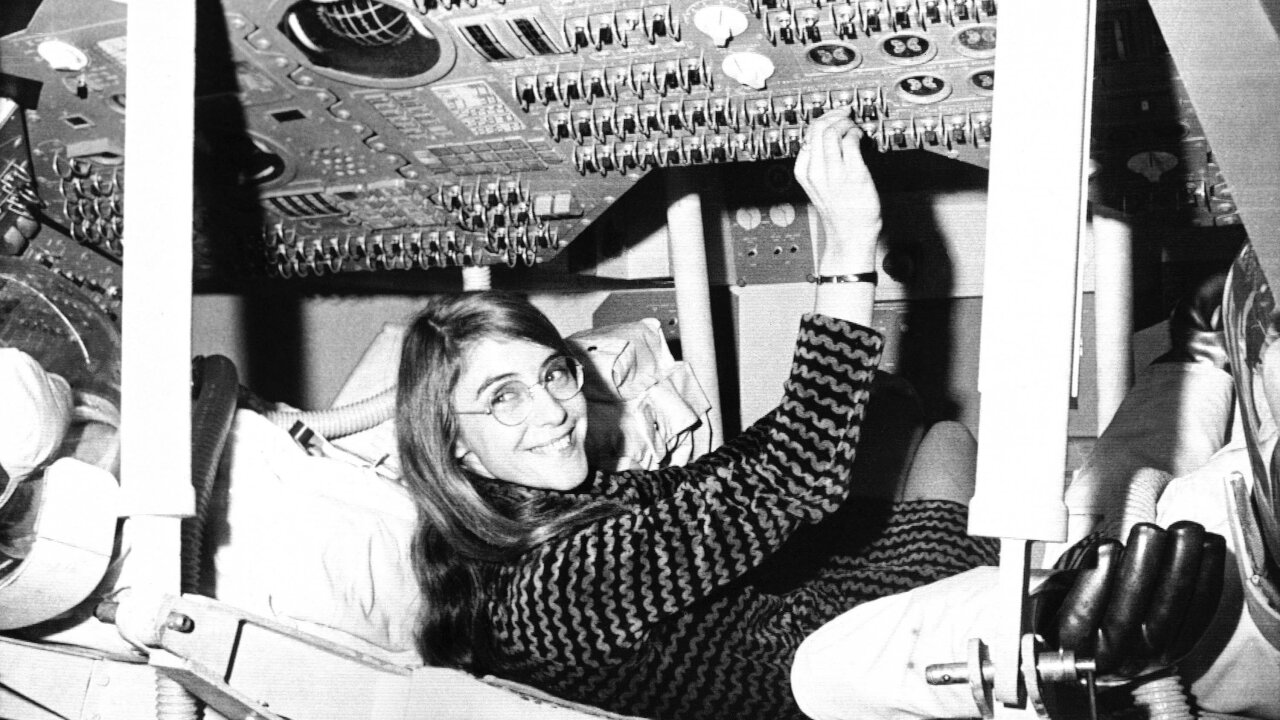 Margaret Hamilton sits in a mockup of the Apollo command module in November 1969.

The first footsteps on the moon belonged to two men, but they may never have made it there if not for Margaret Hamilton.

The software engineer developed the onboard computer programs that powered NASA’s Apollo missions, including the 1969 moon landing.

So, it’s only fitting that in honor of the 50th anniversary of the Apollo 11 mission, a portrait of the bespectacled pioneer reflected the light of the moon.

On Thursday, Google unveiled a giant tribute to Hamilton in California’s Mojave Desert: More than 107,000 mirrors were positioned to reflect moonlight and form her image for one night.

The artwork, at more than 1.4 square miles wide, is larger than New York’s Central Park, Google says. It was staged on the grounds of the Ivanpah Solar Electric Generating System, the world’s largest solar thermal power plant.

Who is Margaret Hamilton?

Hamilton effectively invented the term “software engineer” with her work developing the Apollo guidance computer, the lifeline for astronauts that controlled the spacecraft, Google said in announcing the artistic honor.

She regularly brought her young daughter, Lauren, to work with her on weekends, according to the search giant. Lauren played in the simulator that her mother built to test in-flight programs and inadvertently led Hamilton to rethink her strategy.

Lauren once crashed the simulator, ending the mission prematurely by hitting a button while the craft was in flight.

So, Hamilton programmed backstops to prevent an astronaut from doing the same midflight, a mistake that would yield far more dire consequences in space, Google says.

It’s a good thing she prepared for emergency scenarios. The computer processor on the Apollo 11’s lunar module nearly overloaded as the craft neared the moon, which could’ve forced Neil Armstrong and Buzz Aldrin to abort, Google says.

But the software cleared all tasks each time it neared overload, allowing the astronauts to enter the landing commands. The software’s emergency preparedness is thought to have helped save the mission, Hamilton wrote.

“Looking back, we were the luckiest people in the world,” she said of the team that developed the software, which had never existed in such a capacity. “There was no choice but to be pioneers.”

Hamilton famously posed in 1969 next to books of the code she developed for the computer, stacked as high as she stood.

The image resurfaced in April, drawing comparisons to a photo of Katie Bouman, the 29-year-old scientist who developed the algorithm that produced the first image of a black hole, proudly presenting the rows of hard drives that contained her data.

Hamilton was honored in 2016 with the Presidential Medal of Freedom by President Barack Obama for her contribution to science and space travel.

Hamilton never left the Earth’s atmosphere, but without her groundbreaking software, it’s unlikely that the American flag would’ve been planted on the moon in July 1969.