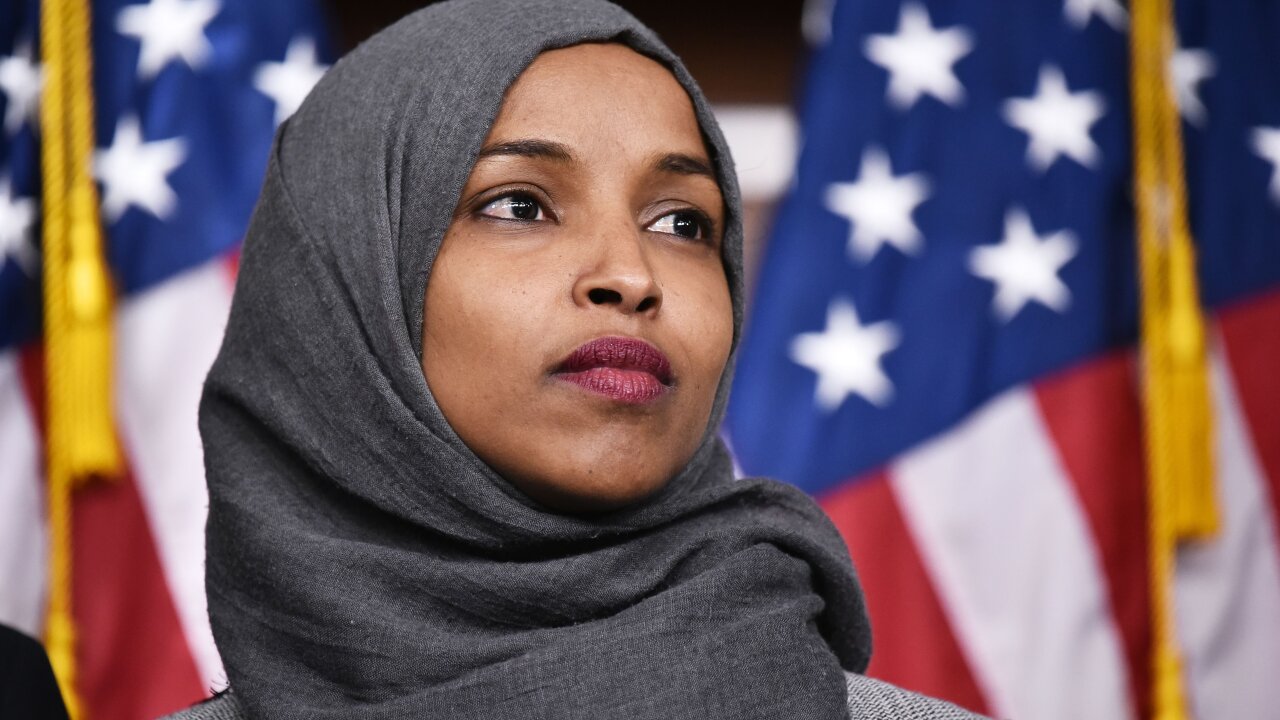 Rep. Ilhan Omar said Thursday President Donald Trump is “spewing his fascist ideology” after Trump rallygoers chanted “Send her back!” about Omar as the President intensified his attacks on four congresswomen of color.

Rep. Ilhan Omar said Thursday President Donald Trump is “spewing his fascist ideology” after Trump rallygoers chanted “Send her back!” about Omar as the President intensified his attacks on four congresswomen of color.

“As much as he’s spewing his fascist ideology on stage, telling US citizens to go back because they don’t agree with his detrimental policies for our country, we tell people that here in the United States: dissent is patriotic,” the Minnesota Democrat said.

“Here in the United States, disagreement is welcome, debate is welcomed and especially in the people’s House all of our voices are uplifted and heard,” Omar said.

Trump on Thursday said from the Oval Office that he disagreed with the chants.

“I was not happy with it. I disagree with it. But again I didn’t say that, they did,” Trump said — though he waited 12 seconds as the chant broke out.

She cited Trump’s previous comments related to the Central Park Five and his spearheading a “birther” smear against former President Barack Obama, where Trump falsely claimed Obama was not born in the US and demanded to see his birth certificate.

On Wednesday night, Omar responded to the Trump rally chants by quoting acclaimed poet Maya Angelou, posting on Twitter, “You may shoot me with your words, You may cut me with your eyes, You may kill me with your hatefulness, But still, like air, I’ll rise.”

Trump spent a significant portion of his Wednesday rally in Greenville, North Carolina, railing against four progressive Democratic congresswomen by name — Omar, Rep. Rashida Tlaib of Michigan, Rep. Ayanna Pressley of Massachusetts and Rep. Alexandria Ocasio-Cortez of New York. The four have become known as “The Squad” on Capitol Hill.

The crowd chanted, “Send her back!” as the the President castigated Omar with a series of accusations. Trump made no effort to stop the chant, pausing during his remarks as the chant grew louder.

Trump on Sunday used racist language to attack the congresswomen, implying that they weren’t American and suggesting they “go back and help fix the totally broken and crime infested places from which they came.” He doubled down the next day, insisting the congresswomen leave the United States if they continue complaining about his policies.