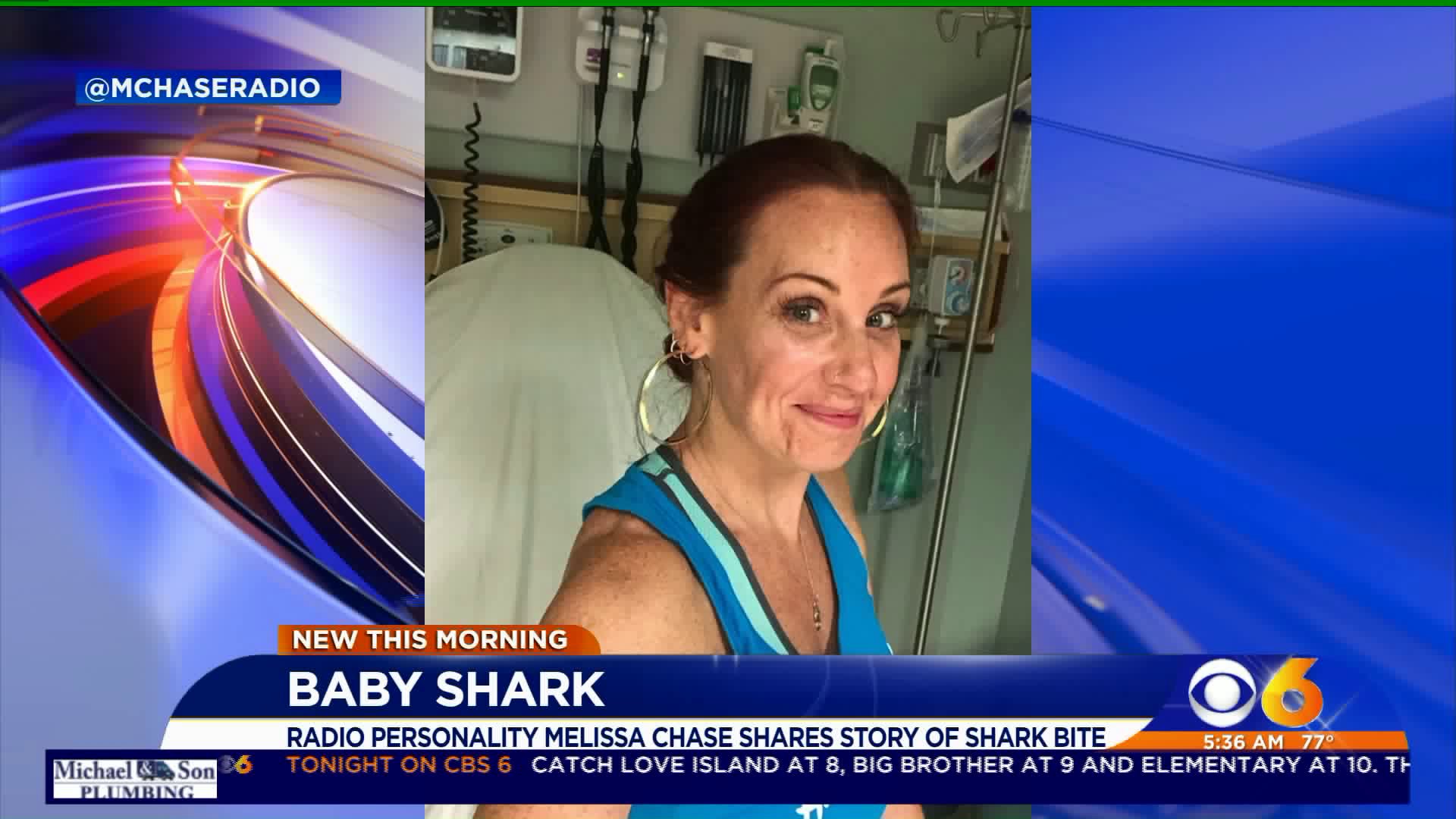 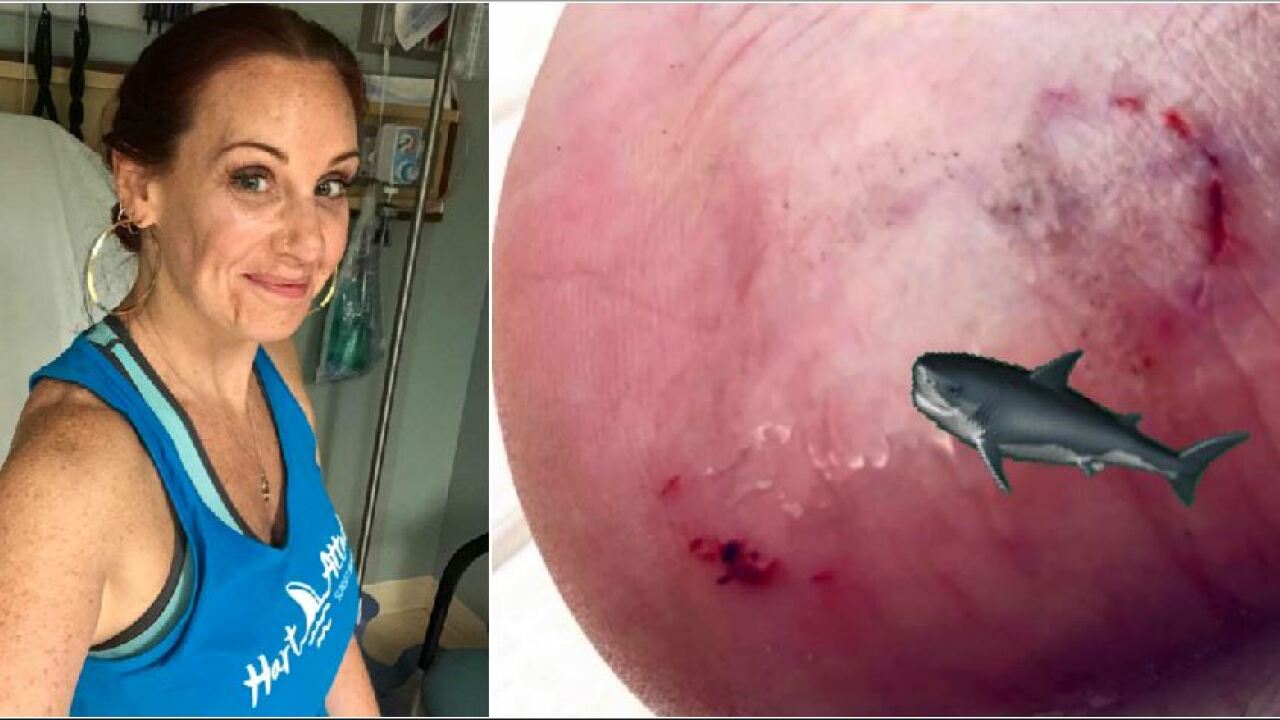 SUNSET BEACH, N.C. -- Richmond radio host Melissa Chase is recovering Thursday after a scare while on vacation with her family in North Carolina. Chase, who co-hosts Play Mornings with Melissa and Jack on 103.7, took to social media Wednesday night to tell her story.

"Well it was my fault for going too far out in the ocean, but I got bit by a shark on vacation this week!" she posted. "It was a baby one and I’m fine now, but holy bananas it hurt so badly!"

Chase said she was far out in the water playing on sandbars with her kids at Sunset Beach when she felt something rubbery hit her legs.

"I knew right away it was a shark, but didn’t have enough time to react before it bit down on my ankle," she said. "The immediate pain felt exactly like you’d think it would when you watch a shark movie and it chomps down - my stomach felt completely nauseous."

Chase said she knew she had to get her kids out of the water.

"I yelled to my oldest that I got pinched by a crab and we had to get out of there quickly so she wouldn’t get bit and screamed for the others to come out with us," she said. "We ran into shore and our friend who is a nurse helped get the bleeding under control."

At the hospital, doctors told her she was bitten by a baby shark. She said she was given a tetanus shot and an x-ray to make sure there weren’t any teeth left in the puncture wounds.

"I was super lucky it wasn't a big shark and beyond thankful it happened to me and not my kids," she said. "Plus I saw Spider-Man and his powers started with a bite - so who knows, maybe I’ll end up with super powers after this!"