For Apollo 11’s moon landing anniversary, the Washington Monument was made to look like a rocket 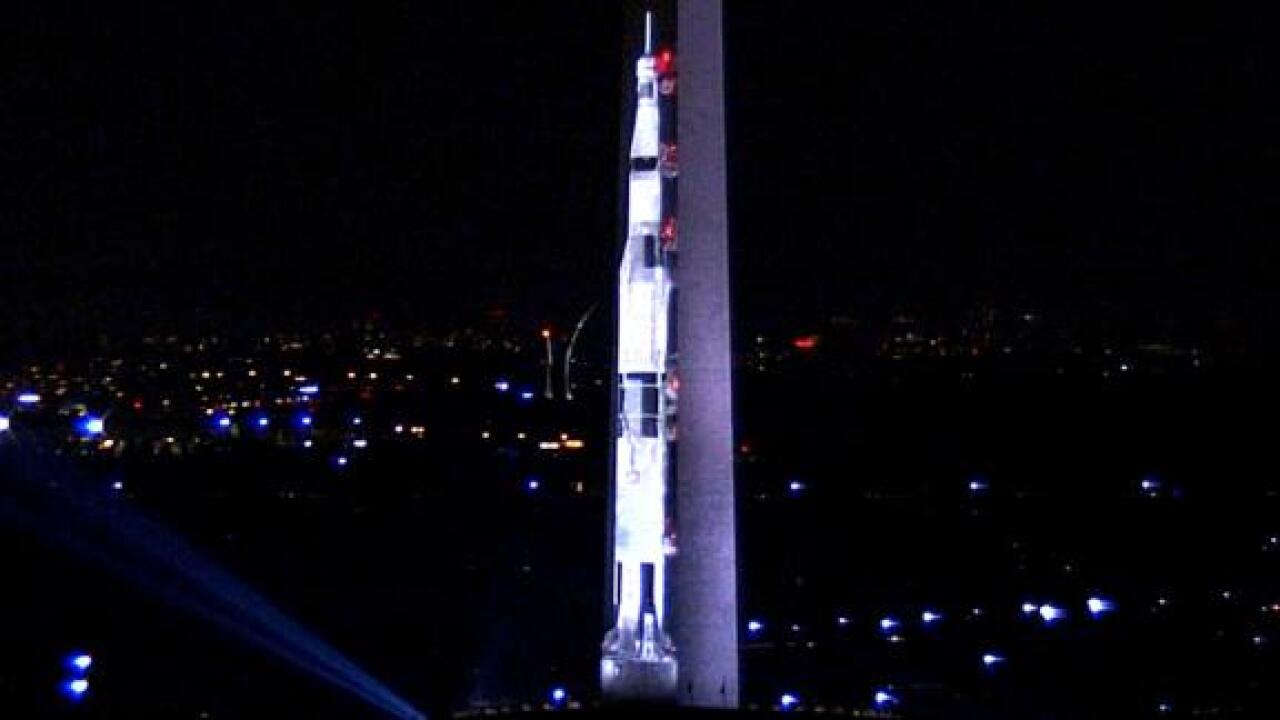 WASHINGTON, D.C. – The Washington Monument just got even more iconic.

On Tuesday, the 50th anniversary of the Apollo 11 launch, the 555-foot national symbol lit up with an image of the moon-bound shuttle blasting into space.

The 363-foot projection of the Saturn V rocket will appear for two hours every night during the anniversary of the mission that put the first two humans — both Americans — on the moon.

On Friday and Saturday, the celebration of this historical milestone will culminate in a 17-minute light show taking viewers back to July 16, 1969 when Apollo 11 made its giant leap for mankind from Florida’s Kennedy Space Center.

And yes, that is a 40-foot-wide re-creation of the famous Kennedy Space Center countdown clock at the monument’s base.

The illuminating display was launched by the Smithsonian National Air and Space Museum and the US Department of the Interior.