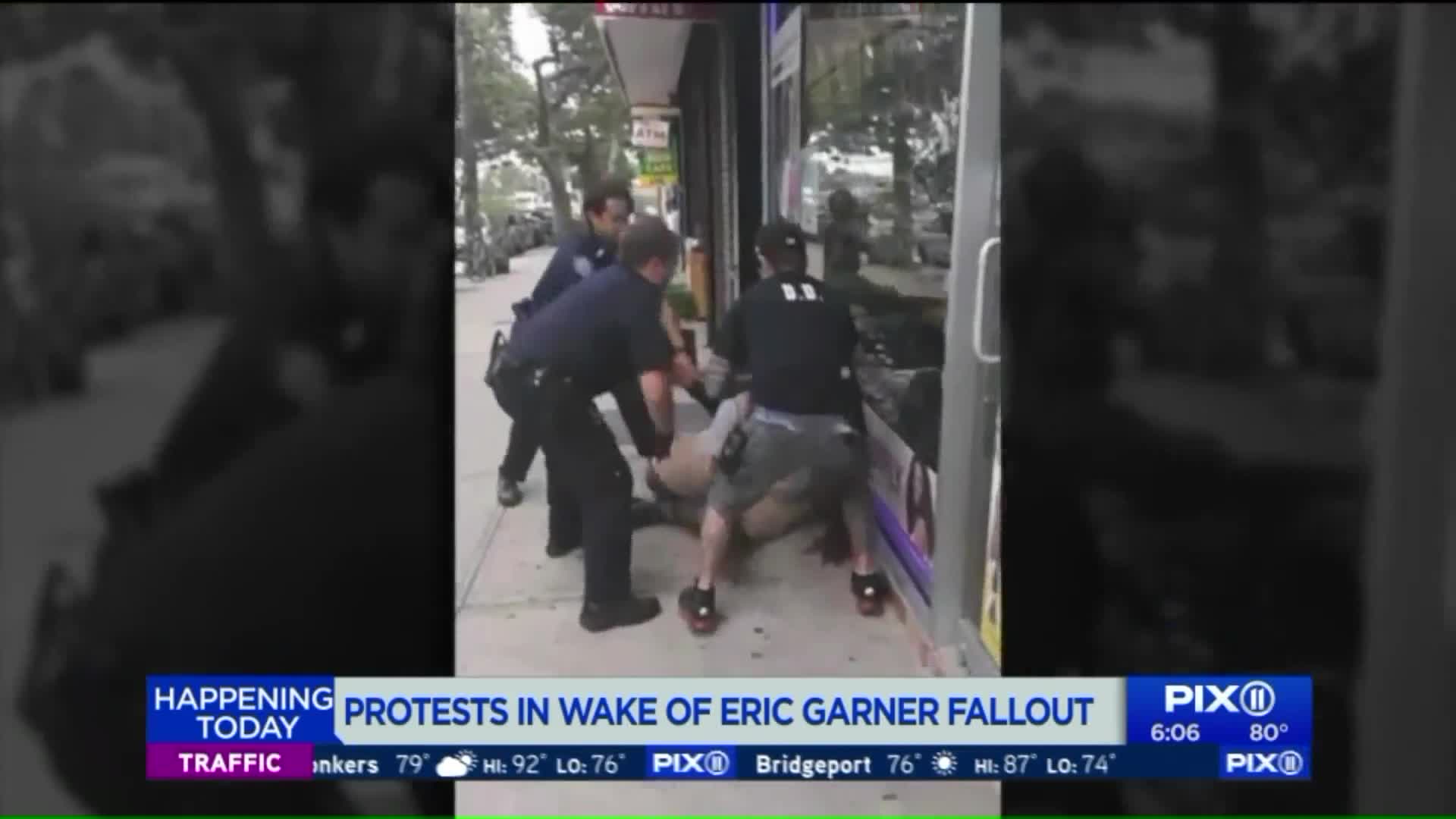 After federal prosecutors said Tuesday they wouldn`t bring criminal charges against NYPD officer Daniel Pantaleo, the cop who used a chokehold on Eric Garner during an arrest just before his death in 2014, Garner`s angered family and activists are planning 11 days of protests around the city, demanding justice.

Five years ago, Eric Garner uttered his last words during a confrontation with the NYPD.

Officers were attempting to arrest Garner on charges he sold loose, untaxed cigarettes outside a Staten Island convenience store. He refused to be handcuffed, and officers took him down.

Garner is heard on bystander video saying "I can't breathe" at least 11 times before he falls unconscious. He later died.

"I can't breathe" became a rallying cry for police reform activists, coming amid a stretch of other deaths of black men at the hands of white officers. Garner was black; Pantaleo is white. Protests erupted around the country, and police reform became a national discussion.

One day before his death anniversary, the Justice Department made the decision not to pursue federal charges against Officer Daniel Pantaleo in the 2014 chokehold death.

Gwen Carr, Garner’s mother, told WPIX the decision was “disappointing” and “to add insult to injury, they waited until the day before his death anniversary to say this.”

A state grand jury had also refused to indict the officer on criminal charges.

“All the other administrations have failed my son and the Garner family,” she said.

On Garner’s death anniversary, his mother and Arc of Justice’s Kirsten John Foy said there will be 11 days of protests and unrest, symbolizing the 11 times Garner said he couldn’t breathe.

“They need to be made just as uncomfortable as the Garner family has been.”