Richmond biking fanatic races from Oregon to Virginia: ‘I spent 267 hours on it in 3 weeks’

RICHMOND, Va. -- Maintenance is essential for a bike to keep cranking through life.

Tyndall knows the rigors of the road better than anyone; the cycle safety advocate for Sports Backers travels to see RVA from a different perspective.

“Personally around Richmond and Virginia I bike more than I drive,” says Brantley.

Several months ago Brantley on a whim rode for 24 hours straight, riding 380 miles in one day.

But not even that satisfied his hunger for distance, so he set his sights on something bigger.

“I thought 'how cool would it be to race across the country and finish home,'” Brantley said.

Last month, Brantley started the Trans Am Bike Race which stretches across ten states from Oregon to Virginia.

The race attracts nearly 80 of the best endurance riders from around the globe. The rules? Just you and the bike.

“Everyone who raced the Trans Am Bike Race fixed their own bike and bought their own supplies,” he said.

Conditions along the way were less than ideal.

“Riding four hours through a snowstorm in the middle of Montana was one of the hardest things I’ve ever done in my life. I got hypothermia.” 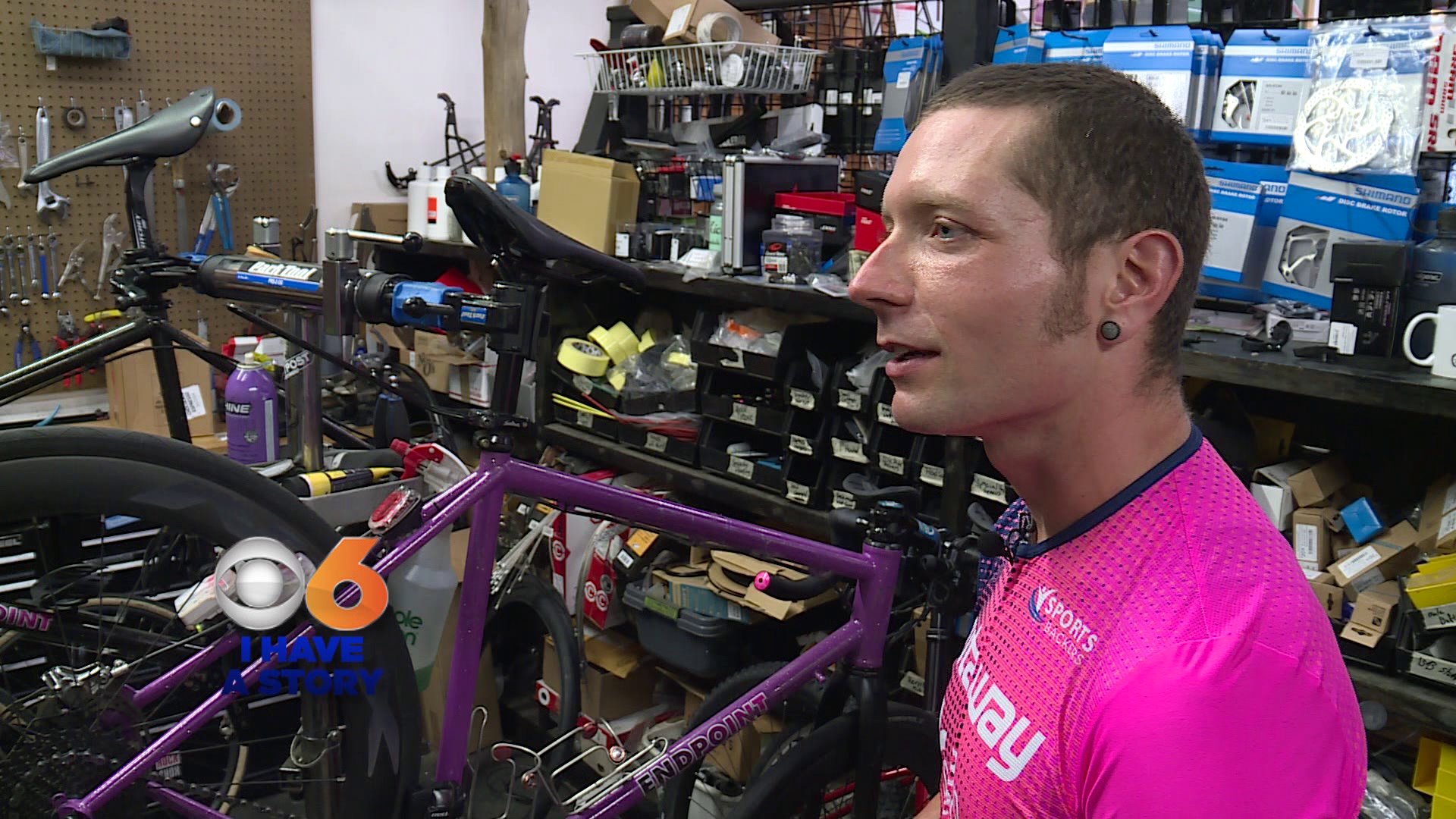 “I definitely answered a lot of texts messages at odds hours,” says Braden.

“Basically what got me up in the morning because my body didn’t want to get up was the fact that the race was always on,” says Brantley.

“Your body just runs out of energy. And your mind just slips away from consciousness,” says Brantley.

For 21 days, Brantley pedaled with seemingly no end in sight.

Finally, on June 24, a sore and spent Brantley crossed into Virginia. Supporters including his Mom greeted him in Yorktown with open arms.

When he was in High School, Brantley's mother was hit by a drunk driver and paralyzed. Brantley says she is his biggest inspiration.

“It was great to be able to give her a hug at the finish line,” says Brantley.

She was with him every mile of his extended journey.

“I basically did it for her in a big way,” he said.

First place may have eluded Brantley, but that was secondary.

“I spent 267 hours on it in three weeks,” says Brantley. “That is more than a double work week three weeks in a row on it.”

Brantley Tyndall is satisfied just knowing he overcame his longest ride to date.

“It was worth it and to get across the country and do something epic and wild opportunity,” says Brantley. “It felt like an achievement.”

For now, its time to repair and rehabilitate, both his bike and his body.

“It's nice to relax and see my friends and have a true life and not be by myself,” Brantley said.

Out of the 75 riders who participated in the Trans Am Bike race from Oregon to Virginia, Brantley finished in 12th place.

For now, Brantley will keep his eyes on improving bike safety across RVA while working for Sports Backers. He is not ruling out long distance rides in the future