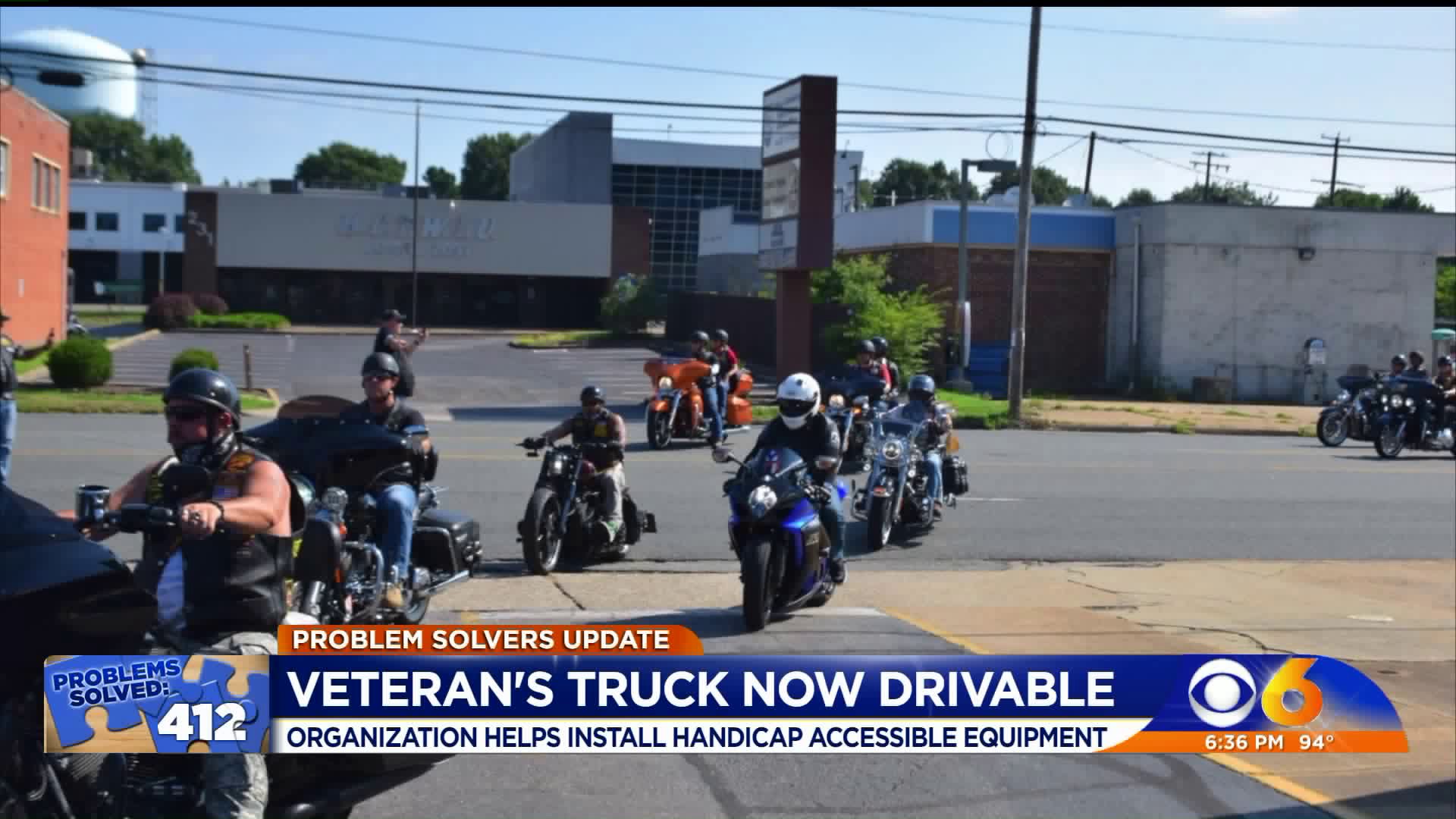 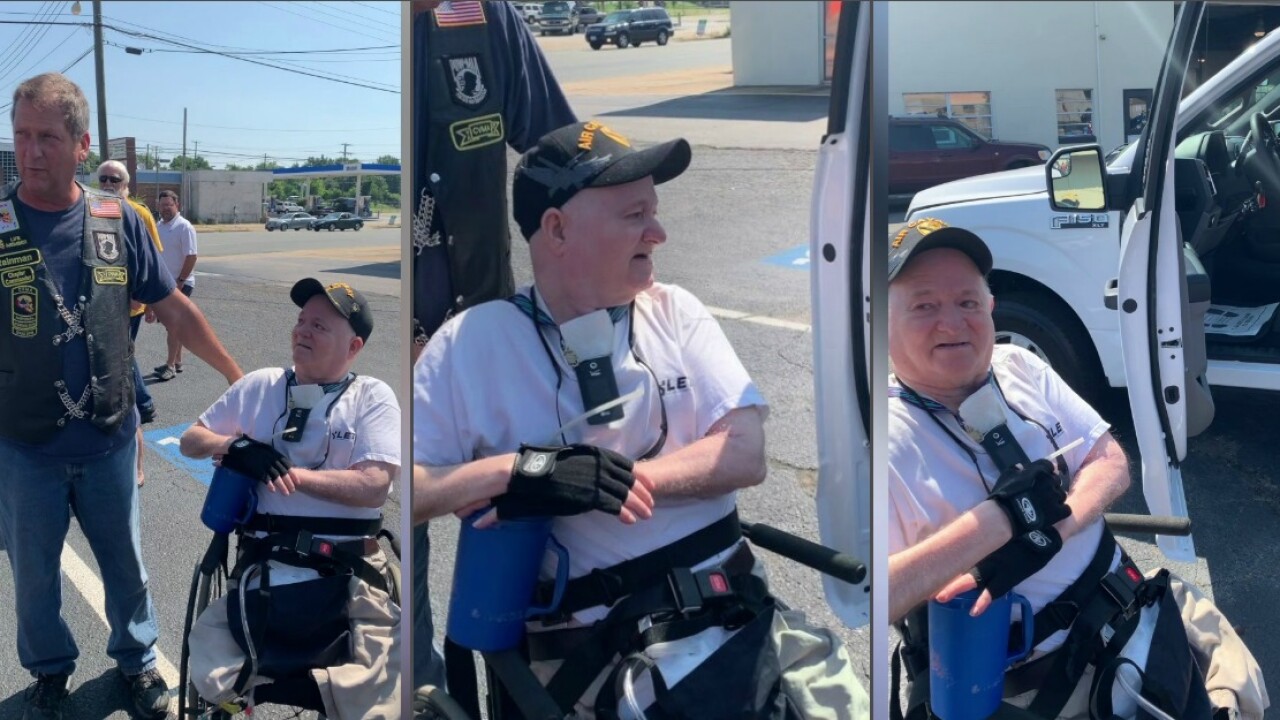 DINWIDDIE COUNTY, Va. – A motorcycle group has come to the aid of a partially paralyzed veteran featured in a CBS 6 Problem Solvers report.

When Vietnam veteran Phillip Puckett was injured in a motorcycle crash in 1985, his life changed.

"I went over the handlebars and hit the road," Puckett told CBS 6 senior reporter Wayne Covil. "Broke my neck, C6 in the spinal cord injury."

While paralyzed from the neck down, he can move with his arms and wrists, so the accident was not  going to keep the car enthusiast from behind the wheel for long.

In fact, he had hand controls installed in a Jeep he had rebuilt by 1991 and then he moved on to a used Ford Truck.

However, he ran into issues after a friend tried to install the hand controls from his Jeep in the pickup, so he contacted the CBS 6 Problem Solvers for help.

"I'm paying for a truck I ain't driving, it's setting in the yard collecting dust," Puckett said.

After hearing about Puckett’s plight, the Combat Veterans Motorcycle Association paid for new hand-driving controls for his truck.