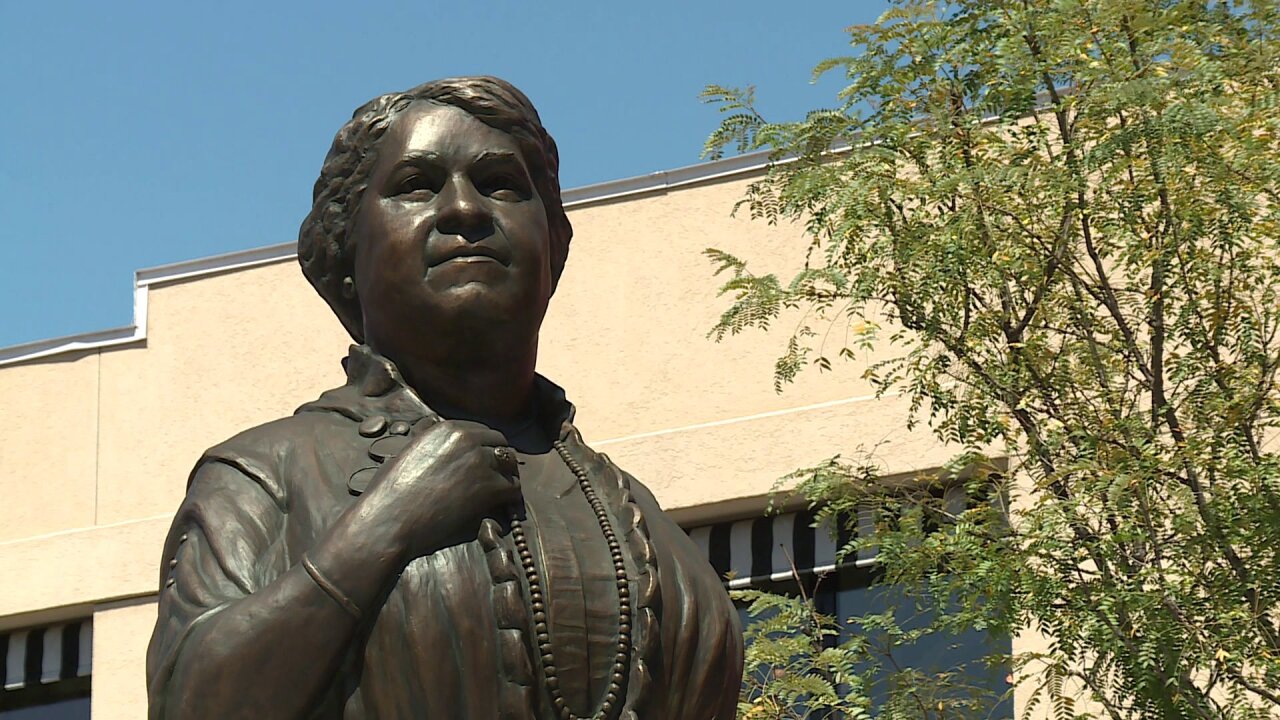 City leaders and the team at the Maggie L. Walker National Historic Site teamed up to commemorate what would have been the entrepreneur’s 155th birthday.

Walker was the first woman to open a bank in the United States in 1903. She was also a civil rights pioneer, entrepreneur and mother who pushed for economic empowerment and independence in her neighborhood.

The event took place not far from the statue honoring Walker at Broad and Adams streets, which is a gateway to Jackson Ward.

The 10-foot bronze sculpture, which was unveiled last year on the icon’s birthday,  depicts Walker at the peak of her life when she was 45 years old, according to Antonio Toby Mendez. He was contracted in 2015 to create the tribute.

“If somebody comes into this memorial and doesn’t know anything about Maggie Walker, they’ll walk away knowing her life story,” Mendez said in 2017. “It’s hard to believe that we’ve come this far and that we’re ready to do this.”

The statue was part of a 20-year effort to pay tribute to Walker’s achievements.

“July the 15th of 2017 is a day that I will remember,” said Melvin Jones Jr., who fought for the statue’s installation. “Every door is open for you to do a process like this. Anybody can do it.”

“Virginia is leading the pack in terms of telling an honest narrative regarding of American history,” Arencibia said. “And part of doing that is uncovering African-American issues, which is central to American history.”

Arencibia called Walker a “wonderful symbol” that will “broaden a lot of people’s understanding” of history.

“She had tragedies within her life, but she never gave up hope. She always had faith,” Ajena Rogers, supervisory park ranger and manager of the Maggie L. Walker historical site, said in 2018.