Plant Baz to serve as late-night spot for Richmond vegans 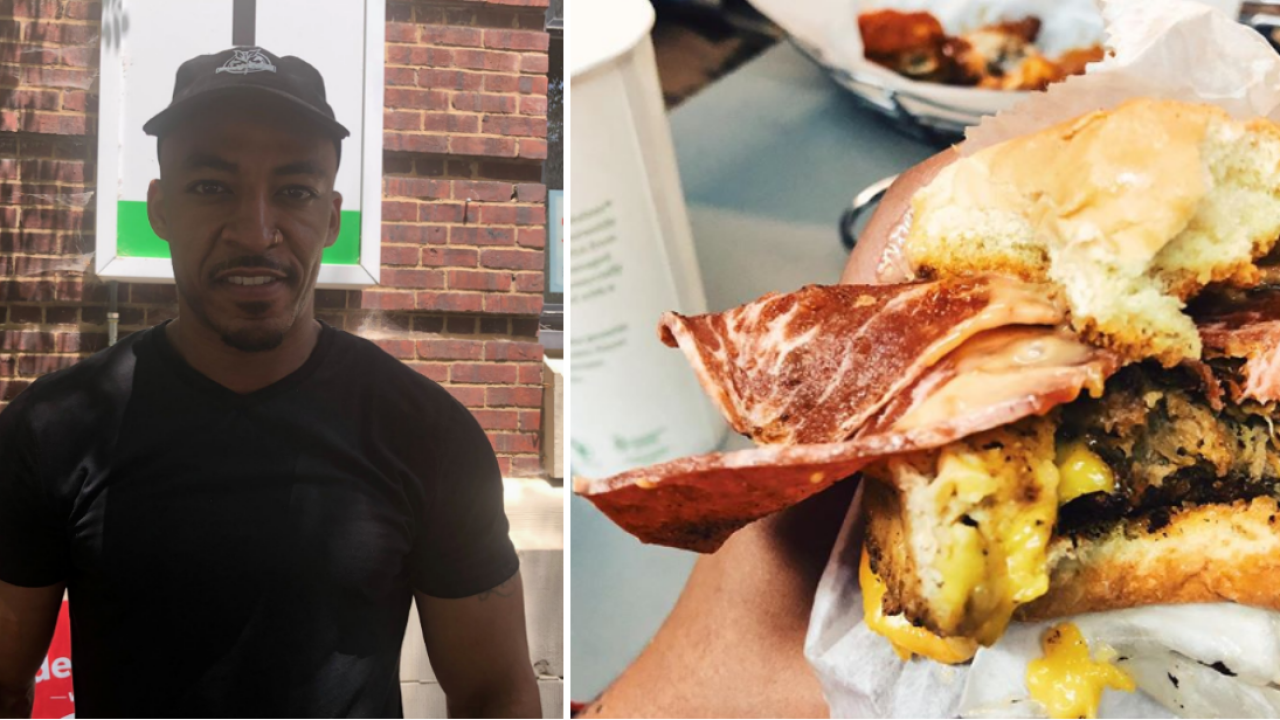 RICHMOND, VA — Richmond’s vegans won’t have to settle for fries after the club, anymore.

Plant Baz, a plant-based burrito bar that features soy and wheat options, has been serving a lunch menu since April 20. Now, owner Jason Jackson is turning things up with a late-night weekend menu.

“I was out on town one night and I was like ‘man, I’m hungry.’ And I didn’t have anywhere to go except for maybe iHop and the options are very slim. So I was like why not come up with a late night menu that caters to vegans?” he explained.

Since many in the late-night crowd are looking for something to soak up the alcohol, Jackson decided to stick to the basic remedies: vegan burgers, vegan chicken wings, and fries. He hopes customers will line up late night like they have for his housemade queso and guacamole, curry chickpeas, BBQ jackfruit lunchtime options.

Located at 900 W Franklin Street, the old Cous Cous location, the restaurant is open from noon to 3:30 p.m. everyday.

Sunday night I had the pleasure of taste testing a few menu items from Plant Bāz’s NEW vegan wings & burger menu (available on weekends NOON-3:30PM & MIDNIGHT-3:30AM). My goodness was it amazing!…ahhmazing. And yes, that means there’s now a late nite vegan spot in Richmond 😩🙌🏾. So no more “I’ll just have fries” *dramatic cry of joy* The burger, the Plant Bāz burger…was out of this world. This bold vegan burger is compiled of vegan bacon (🤯 amazing taste), vegan fried egg (🤯 texture & taste), L-T-O, vegan cheese, and the delicious Plant Bāz sauce on top of a Beyond Meat patty. Also, the french fries were just as good! Next, the drummiesssssss 🙌🏽🤯🍗! The three that I sampled were the teriyaki (wet), BBQ Mesquite (dry) & Lemon Pepper, and they were on point!!! And that’s only three flavors, they have more! Plant Bāz will more than likely have you asking yourself “how did they do that?!” because idk how many times I’ve asked myself after every bite lol. I’m really looking forward to making my return to try the other flavors. Don’t forget the new menu items premieres at @plant_baz THIS Saturday, July 13th 🍔🍗🎉!

Vegans Rejoice!🙌🏽 ⠀⠀⠀⠀⠀⠀⠀⠀⠀ ⠀⠀⠀⠀⠀⠀⠀⠀⠀ July 13th it’s going down!!! @plant_baz is debuting their new menu full of Burgers, Drummies and Fries!! This weekend I had a chance to test out a couple of the menu items, and trust me y’all are in for a treat! The burger pictured is called The Plant Baz: @beyondmeat patty topped with bacon, egg, cheese, lettuce, tomato and their special sauce!! 🔥FIRE!! They’ll have a bunch more to choose from too! ⠀⠀⠀⠀⠀⠀⠀⠀⠀ ⠀⠀⠀⠀⠀⠀⠀⠀⠀ Also pictured are 3 of their 12 (Yes 12!!) different drummie styles: Old Bay, Sweet Chili, and BBQ Mesquite! Finally a Late Night 🌙 spot for vegans, because they’ll be serving burgers and drummies from MIDNIGHT TO 3AM on Fridays and Saturdays! Don’t worry, if you’re not a night owl, you can still indulge on the new items Thursday-Saturday noon to 3:30pm😍👏🏽😉 ⠀⠀⠀⠀⠀⠀⠀⠀⠀ ⠀⠀⠀⠀⠀⠀⠀⠀⠀ #vegan #veganfood #veganburgers #whatveganseat #govegan #vegansofig #vegansofinstagram #blackvegan #veganegg #Rvavegan #veganchicken #veganRva #plantbased #plantbuilt #plantstrong #nomeatathlete #nomeatnoproblem #veganjunkfood #veganfoodshare #veganism #RVA

For those who have never tried vegan food and are a little weary, Jackson said just give it a try.

The Chesapeake native played soccer at Virginia Commonwealth University and decided to stick around after his 2008 graduation. Jackson has been vegan for two years.

“It was a tough transition at first,” he recalled.

Before going vegan, he was a vegetarian for four years. He’d cut out dairy completely and was only eating meat once a week. So he decided to go the next step.

“Growing up playing sports and playing soccer, I just wanted to challenge my body to do something different,” he said. “I get bored easily so i just like to challenge myself and I just think trying.:

On Friday and Saturday, the late night menu is available from midnight to 3:30 a.m. For Saturday’s launch, you can stop by at both noon noon and midnight to taste the late-night menu options.

“It’ll change your mind,” Jackson said to those unsure about vegan food.

Love to try new restaurants? Listen to Eat It, Virginia!