Amy Bonnett, 61, and Cody Jean Porter, 32, both of Henrico, were charged with 25 counts of cruelty to animals, and nine counts of failure to provide adequate care to domestic animals, according to the New Kent Sheriff's Office.

Animal Control officers said they arrived at the South Courthouse Road property on July 9 to find numerous animals outside and inside the building.

"There were a number of canines located outside the structure in kennels, without adequate shelter from the elements and dirty water," a New Kent County Sheriff’s Office spokesperson said. "Once the interior of the structure was accessed the deputies discovered conditions that were not suitable for the animals located in and on the property."

"I think it was appalling. It was disgusting. It was a situation where I don’t want to say too much because the individuals are innocent until proven guilty," Sheriff Joe McLaughlin said. 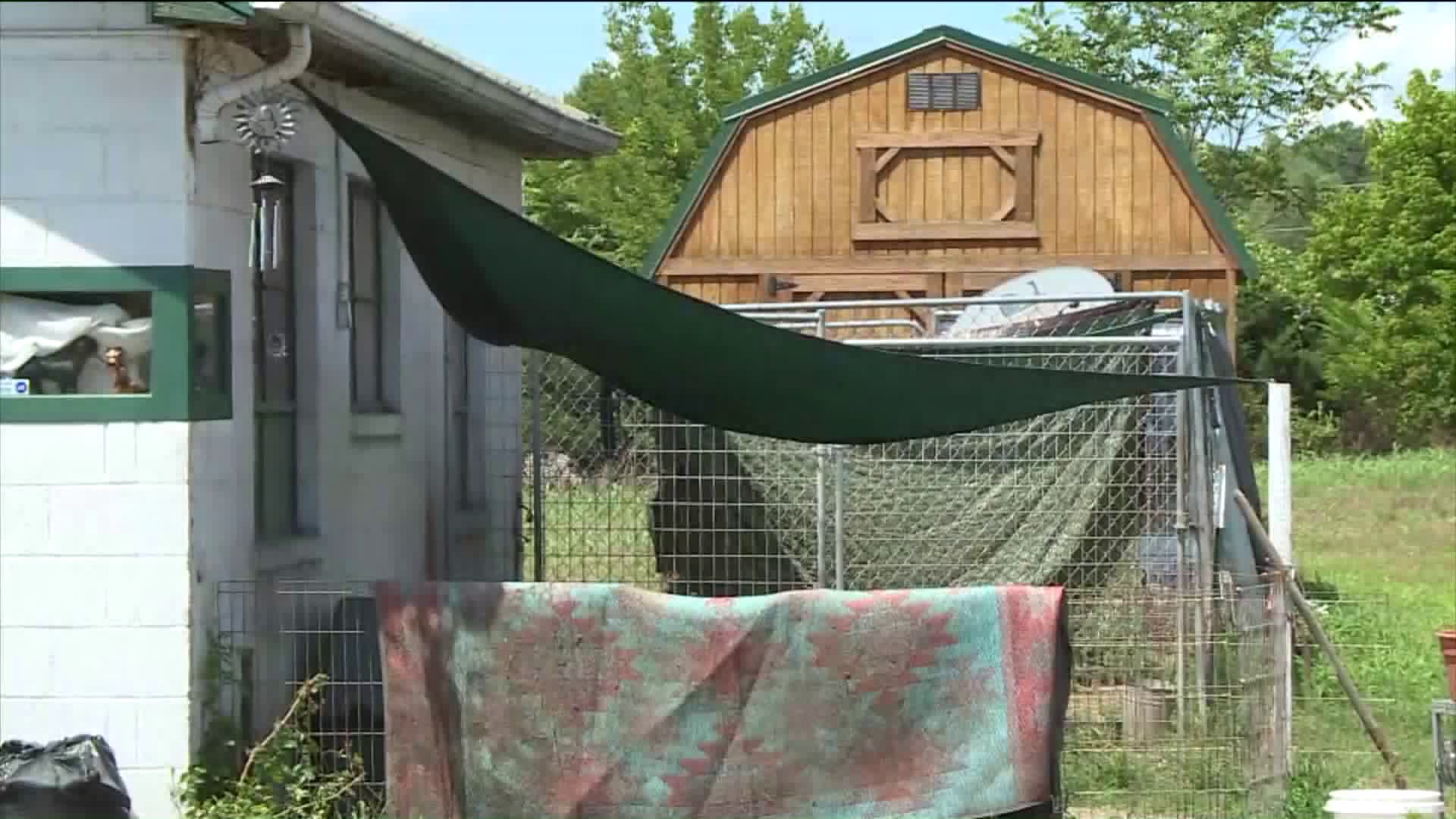 Bonnett showed CBS 6's Brendan King a poodle that officers allowed the family to keep as a service animal. She alleged that animal control officers prevented her from accessing her home and animals for nearly half a day.

“My dogs were locked in that house for 11 hours unable to go outside,” she stated as an explanation for the feces found in the home.

Sheriff McLaughlin confirmed it took hours for his officers to serve the warrant and thoroughly investigate.

“The unsuitable conditions found upon service of the search warrant was not a result of the Sheriff’s Office delaying her entry in the home,” McLaughlin responded.

"What they’ve done to me is entirely unfair," she said. "Everybody is calling me, 'Let me come to court to testify with you. We know about your dogs.'"

The suspect stated she has since hired a lawyer and is cooperating with animal control.

"The interior of the structure was littered with animal feces, the canines were housed in undersized crates, and the canine’s coats were severely matted and stained with urine," according to the sheriff's office statement.

"In addition to the canines, two cats were discovered living in a crate and one hamster was in a hamster cage. None of the animals in the house had water available to them throughout the structure and the entire structure was deplorable and completely unsanitary."

Chad Majette, a animal control officer who filed the warrant in New Kent Circuit Court, wrote "most of the dogs were in dirty crates stacked on top of each other. The kennel the 2 cats were in was filled with feces and urine. My eyes and throat were burning inside the house."

An arraignment hearing is set for July 23.