Storm destroyed part of the ‘segregation wall’ in Arlington 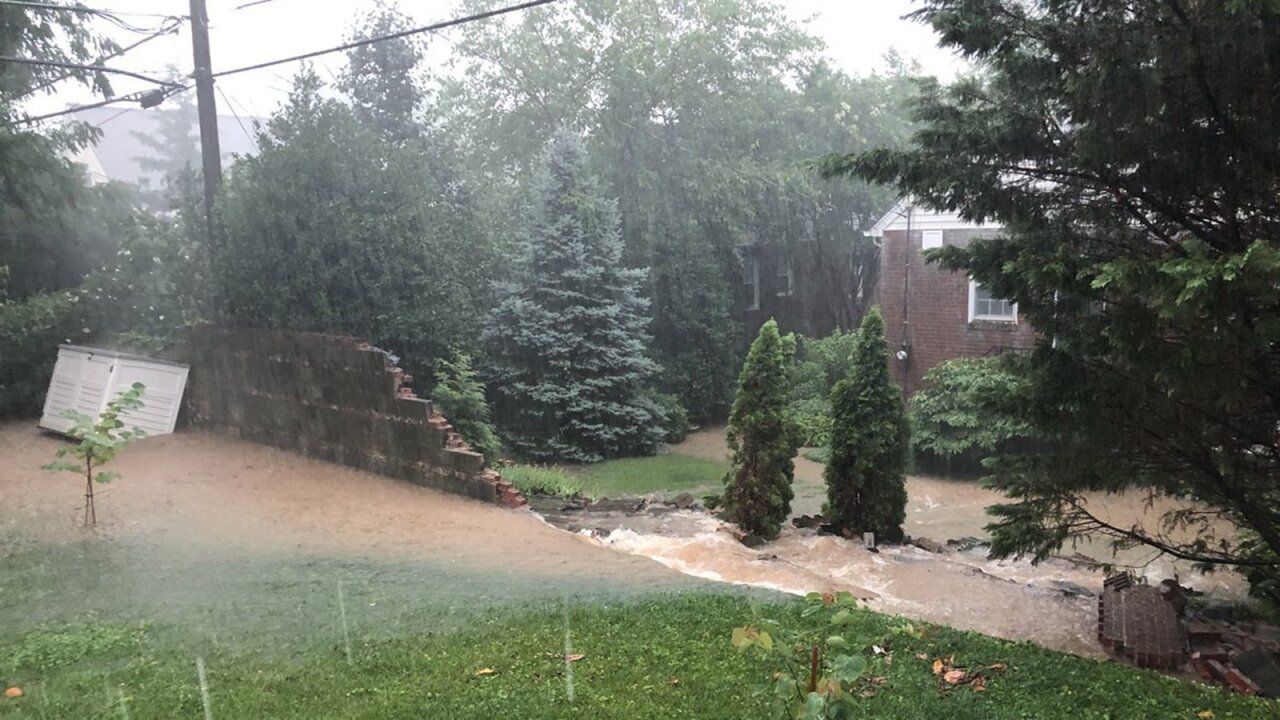 During Monday’s rainstorm, Ted Bloss said, he watched as water “made a river” that destroyed an old wall in his neighbor’s yard.

During Monday’s rainstorm, Ted Bloss said, he watched as water “made a river” that destroyed an old wall in his neighbor’s yard.

In his “I Have a Dream” speech, the Rev. Martin Luther King Jr. called out, “We will not be satisfied until justice rolls down like waters and righteousness like a mighty stream.”

Fifty-six years later, a torrent of floodwater tore down part of a “segregation wall” in Arlington, Virginia.

Ted Bloss, who lives next to the wall in the city’s High View Park neighborhood, captured images Monday of high waters carrying away bricks from the wall originally built to divide white and black neighborhoods.

“I’ve talked to people who’ve been here 50, 60, 70 years, and they all said nothing like this has ever happened here,” Bloss said.

The “segregation wall” went up in segments in the 1930s to separate white-owned homes in High View Park from homes in a neighborhood to the south, according to a booklet from the Arlington County Department of Community Planning, Housing and Development that explores African American history in the county.

The patchwork of separate fences and walls eventually formed a continuous barrier between white and black portions of the city.

After schools were integrated, parents petitioned to remove part of the wall in order to make it easier for kids to walk to school. But much of it remained.

“The remnants of this wall symbolize Arlington’s history of segregation,” the department says.

It was used to educate people about the past

Bloss said that he and his neighbors, from both races, have mixed feelings about the destruction of the segregation wall.

With portions removed to facilitate foot traffic and as history marched forward, the wall had become more of an educational tool than a racist barrier.

Bloss said historical walking-tour groups often stopped to see the wall. It was a way to teach people about what Jim Crow racism looked like and felt like.

The county erected a historical marker at one end of the wall, explaining to passersby why and when it had been constructed.

Bloss has been talking to neighbors, and some have mentioned rebuilding the wall — for education.

“Opinions are split about what to do next,” he said. “It was viewed as an important part of history to remember.”