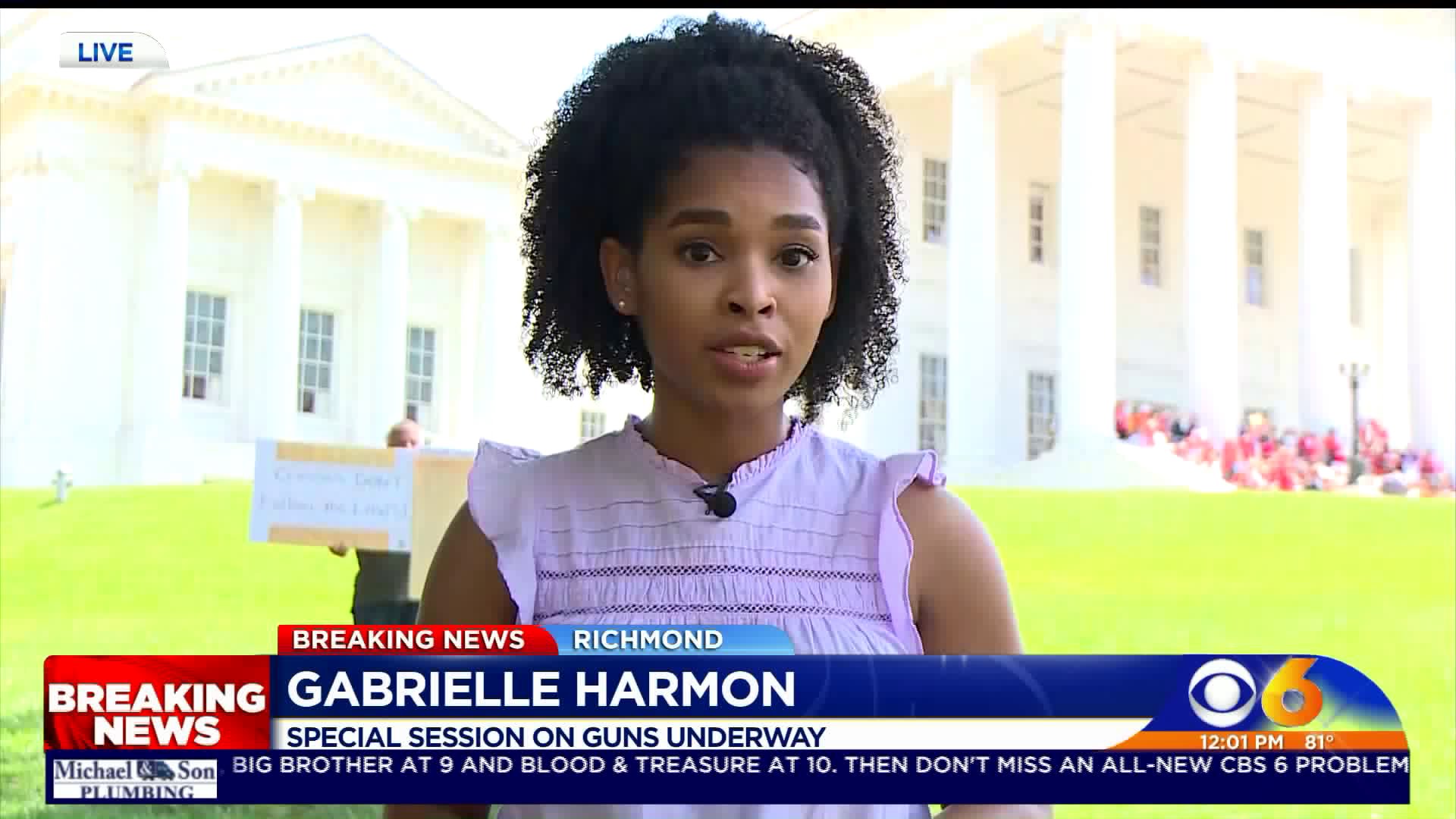 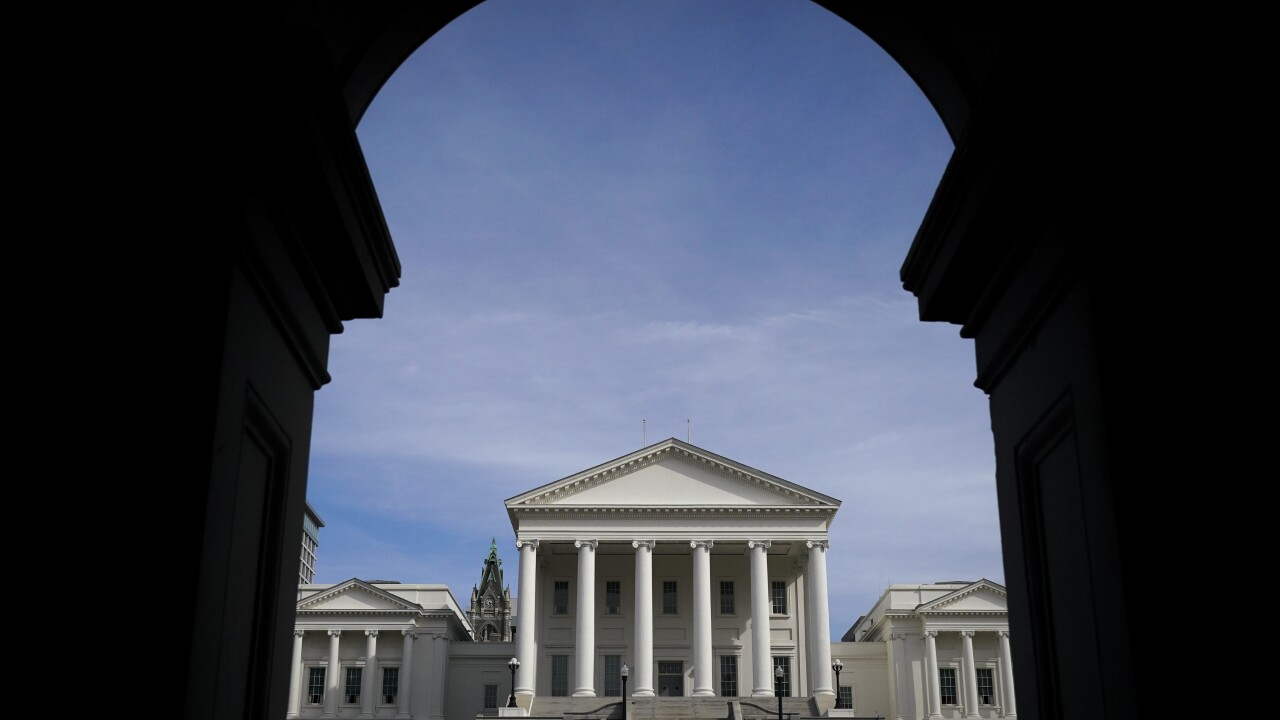 The special session comes a little over a month after a mass shooting at a Virginia Beach municipal building left 12 dead. The Democratic governor has renewed calls for tighter gun control in the wake of the shooting, but state Republicans, who control the General Assembly with slim majorities in both houses, have largely vowed to resist Northam's proposals.

Groups from both sides of the gun debate, gun-rights and gun-control advocates, are rallying at the Virginia statehouse Tuesday morning to pressure lawmakers.

"We want our freedom to defend ourselves," Ken Van Wyk, pro gun supporter, said. "We want to retain our gun rights and we don’t want them infringed upon. We want them to be our rights and be able to have and carry our firearms for self defense."

Christine Payne, who would like to see the state pass gun regulation, explained her stance on the issue.

"We're not looking to impede upon the rights of law abiding gun owners," she said. "What we want to do is to make sure that we are keeping guns and dangerous weapons out of the hands of people who have a proclivity to violence."

"I'm here today to say enough is enough," Northam said at a gun violence vigil on state capitol grounds ahead of Tuesday's hearing, where a state Capitol Police spokesman said 200 people were in attendance. "No more excuses. No more waiting until the next tragedy. Those who say nothing will work, they want to keep doing nothing."

Last week, Northam unveiled policy proposals he wants the Virginia General Assembly to consider, including a universal background checks bill, reinstating Virginia's one-handgun-a-month law, a ban on assault weapons and high-capacity magazines, and an "extreme risk protective order." In announcing his decision to call lawmakers back to Richmond, the governor said last month that the Virginia Beach shooting, "as well as the tragedies that happen every day across Virginia, must instill in us a new level of urgency to act."

But Republicans, who hold a slim majority in the General Assembly, set the agenda and how long the special session can last. They are instead proposing mandatory minimum sentencings for gun violations, and a bill introduced on Monday by Senate Majority Leader Sen. Tommy Norment, a Republican, would ban firearms from local government buildings.

Northam vowed in a Washington Post op-ed in May that he would no longer sign any more mandatory minimum bills for the remainder of his term, arguing that they are punitive, expensive and disproportionately harm communities of color.

Several proposals Northam wants the state legislature to consider are many of the same ones he put forth in January at the start of the year's legislative session. Republicans had voted down some of the bills and effectively blocked the other measures from moving out of committees earlier this year.

Del. Eileen Filler-Corn, the House minority leader, wrote to Virginia House of Delegates Speaker Kirk Cox in a letter Sunday, requesting an agenda with a "narrow scope" for the session -- "only permitting consideration of bills that will prevent the scourge of gun violence in our communities and keep guns out of the hands of those with a history of violence or who intend harm to themselves or others."

As of Monday, Cox's office had not released the agenda, known as a procedural resolution, and did not respond to a CNN request for comment.

The special session is expected to be contentious. Two groups that advocate for stricter gun control, the Brady Campaign and March for Our Lives, are busing in supporters from different parts of the state and Washington down to Richmond for a rally on the capitol grounds in support of the governor's proposals. Meanwhile, the Virginia Citizens Defense League, which advocates for Second Amendment rights, called for members to rally Tuesday morning and to "flood" committee meetings.

Norment was confronted last month by protesters outside his office, the Virginia Gazette reported, and last month, Cox argued that the special session is more likely to "inflame political tensions than produce substantive public policy changes that will keep people safe." He also called Northam's decision to call the special session "hasty and suspect when considered against the backdrop of the last few months" — referring to a scandal Northam was caught up in earlier this year stemming from a racist photo on his 1984 medical school yearbook page. Northam has denied being in the photo.