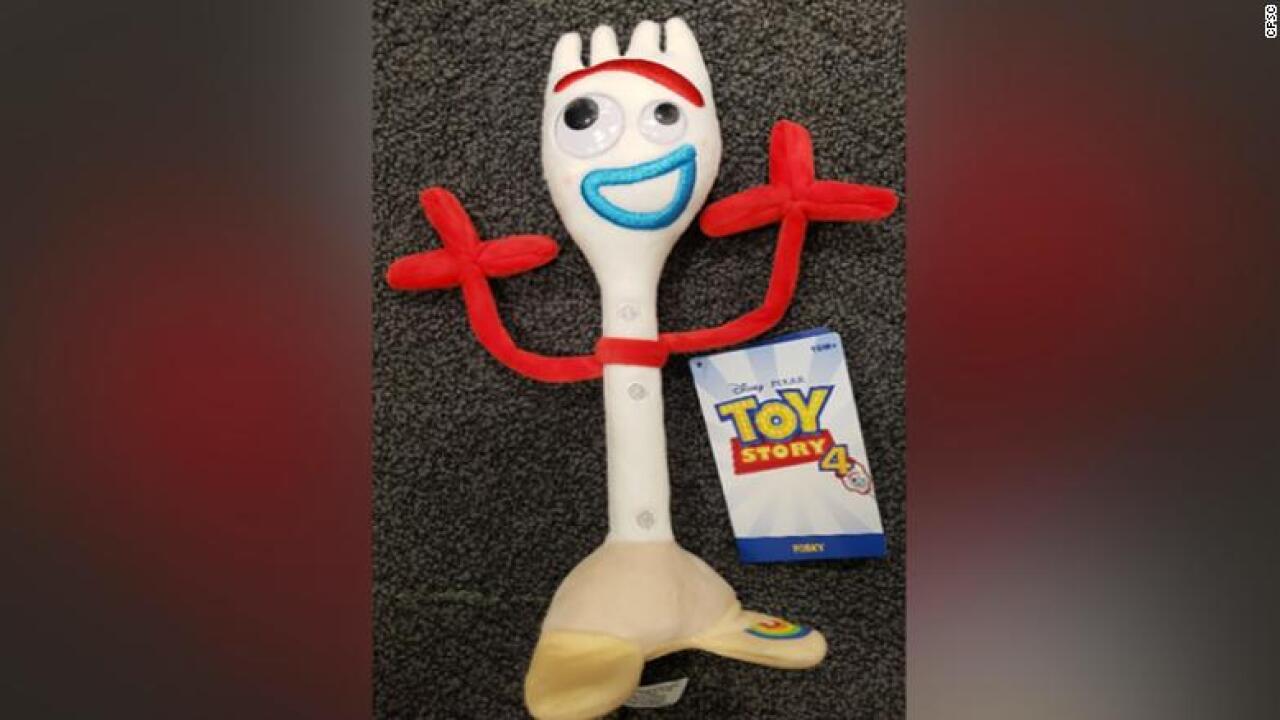 This “Forky” plush toy (11 inches) has been recalled.

This “Forky” plush toy (11 inches) has been recalled.

One new toy story is a need-to-know for parents: Disney has voluntarily recalled 80,000 “Forky” plush toys, according to the Consumer Product Safety Commission.

The 11-inch toy is a soft, stuffed replica of a character in Disney Pixar’s “Toy Story 4” movie. It can pose a possible choking hazard for young children who might pull the “googly” plastic eyes off the toy and put them in their mouths.

No injuries have been reported as of Tuesday.

Anyone who has purchased the toy can return it to any Disney Store, Walt Disney World retail store or Disneyland Resort theme park retail store for a full refund.

The toys have been sold nationwide in Disney Stores and Disney Theme Parks as well as online at shopdisney.com and through the Disney store on Amazon Marketplace from April 2019 through June 2019 for about $20. About 650 of the total recalled plush toys were sold in Canada.

In addition to its rolling eyes, the toy has poseable arms, rainbow screen art on top of foot and a base. The enticing rolling “googly” eyes are made of a white plastic base and a clear plastic dome with a small black plastic disc inside to represent the pupil.

Consumers can report an incident involving the product or call Disney, toll-free, at 866-537-7649 or email personal.shoppers@shopDisney.com for additional information.