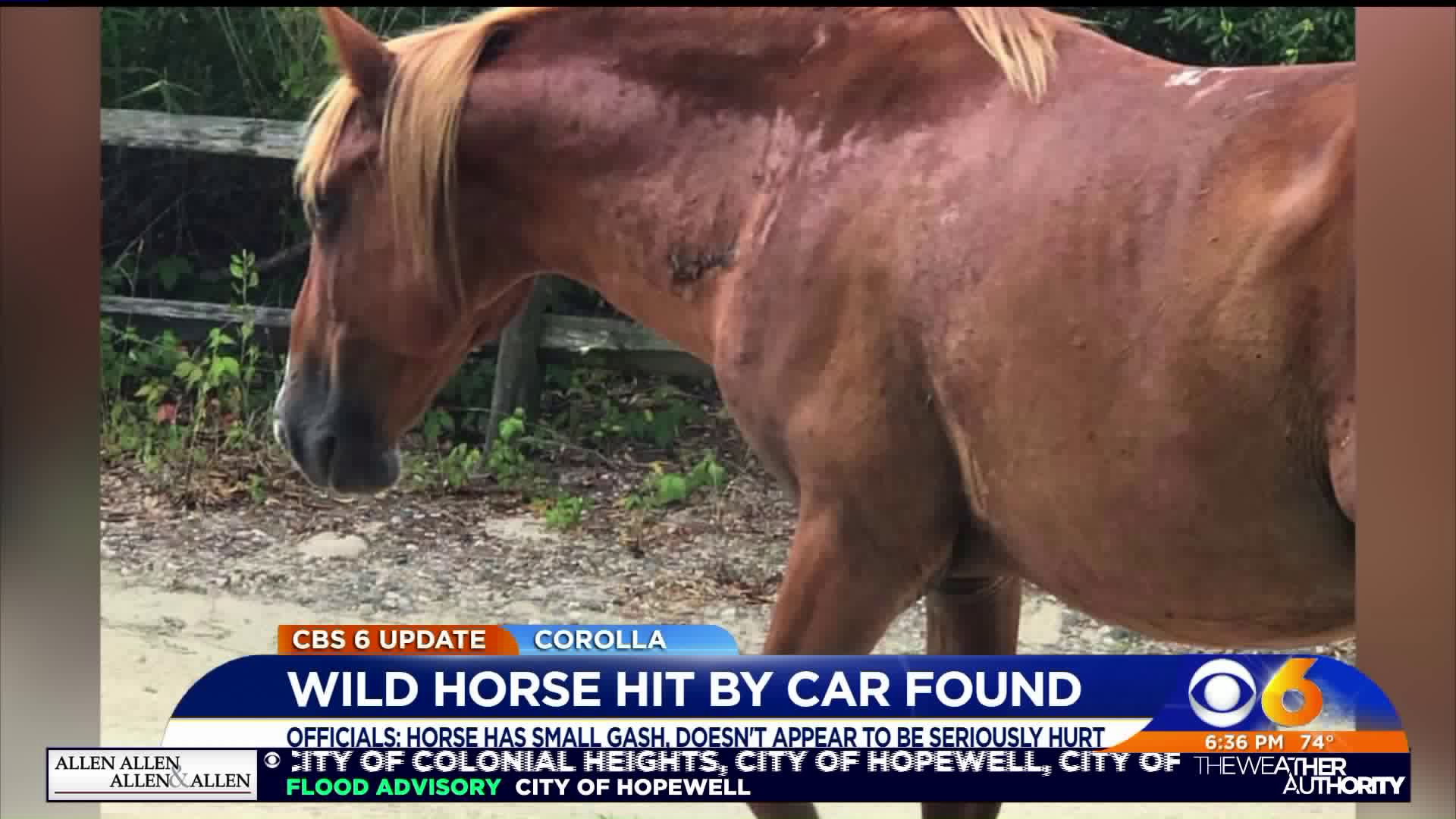 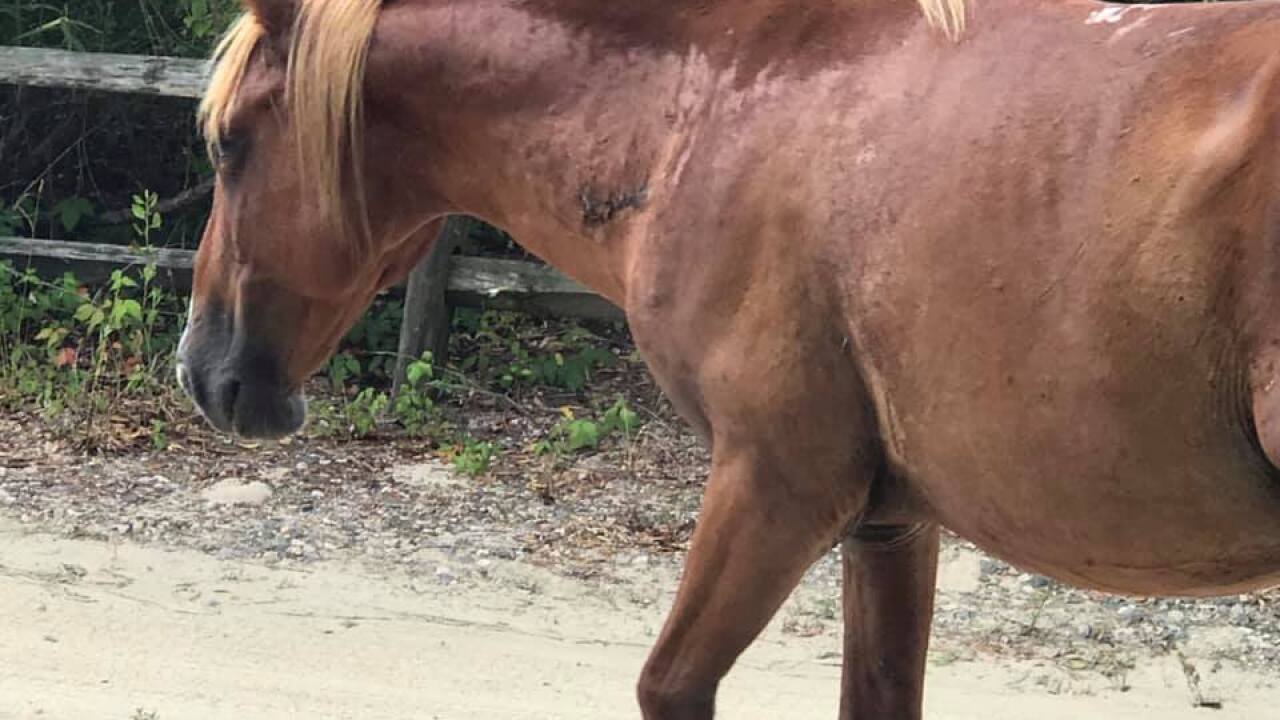 COROLLA, N.C. – Officials with the Corolla Wild Horse Fund said they have located the wild horse struck by a car along Swan Beach Friday night.

It turns out the stallion crews located Saturday is actually the horse that was hit by a car on the beach Friday night, officials confirmed after the driver who hit the animal reached out after seeing one of the group's previous Facebook posts.

"They were absolutely certain the horse was sorrel with a white blaze," officials with the Wild Horse Fund said. "Yesterday we did observe some swelling and abrasions on his muzzle, and that, along with his location and the number of mares he was spotted with, is what first led us to believe he'd been involved in the accident."

Officials said the stallion, the group calls Amadeo Jr, was spotted galloping onto the beach "with his mares."

"He’s got a little gash on his nose but nothing that looks too serious," officials noted. "We will monitor him very closely for the next week or two to make sure there are no other complications, but right now we are cautiously optimistic that he did not sustain any serious injuries."

Wild Horse Fund officials urged anyone driving on the beach to slow down and use extreme caution since  horses that frequent the beach at night are difficult to spot in the dark. 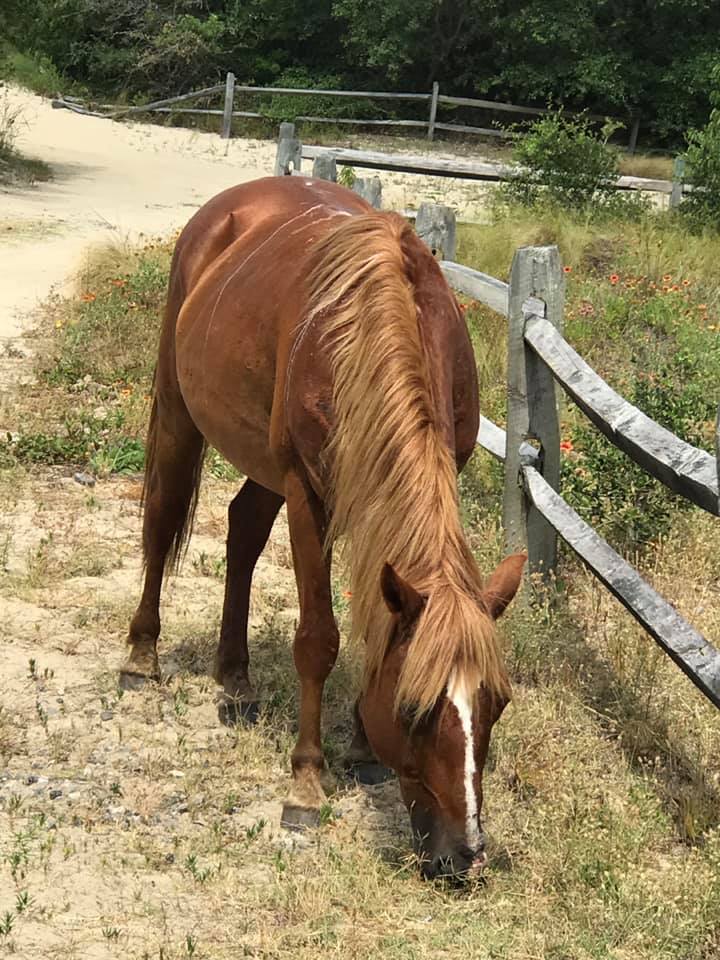