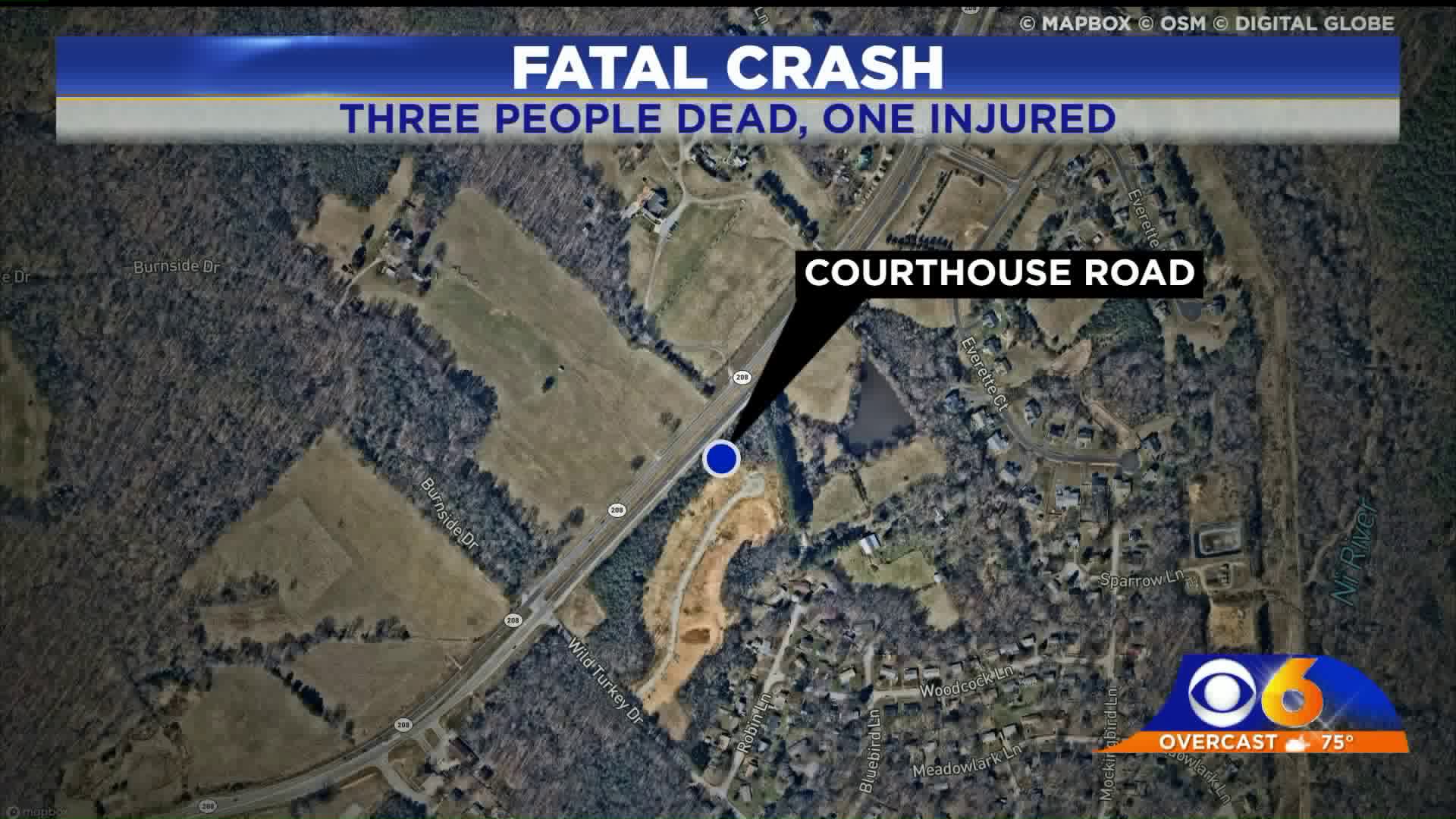 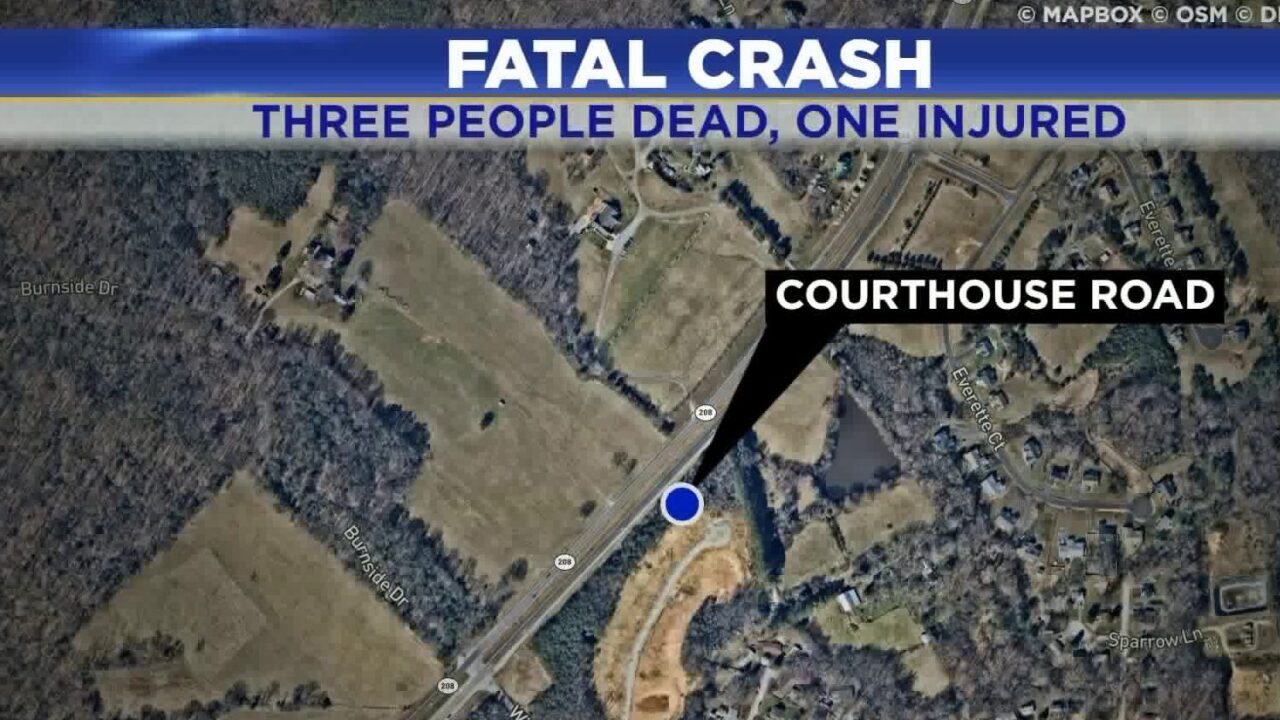 SPOTSYLVANIA COUNTY, Va. -- Three people were killed and another person is hospitalized after a crash closed Courthouse Road in Spotsylvania County for hours Sunday afternoon.

Troopers were called to the two-vehicle wreck in the 6200 block of Courthouse Road just after 3:15 p.m.

Sgt. Brent W. Coffey with Virginia State Police said three people died at the scene and a fourth victim with serious injuries was transported to an area hospital.

No details surrounding the circumstances of the crash were available at last check.