Jairque L. Shannon, 20, of Petersburg, has been charged with three counts of malicious wounding and one count of animal cruelty in connection to the attack that left one person in critical condition.

That is when police said a man walked into the plasma center and used a "cutting instrument" to stab several people inside. Nurses and customers hid in a restroom inside that plasma center until police arrived, according to sources. Police said the suspect was taken into custody without incident.

Two victims were treated and released from Southside Regional Medical Center, while a male victim was transported to another hospital in critical condition and a female victim who was transferred is in stable condition.

Thursday evening, officers searched the suspect's nearby home, according to sources. Multiple sources tell CBS 6 senior reporter Wayne Covil that police found a deceased dog that had been hung inside his home, which led to an animal cruelty charge.

Police have not released any details regarding a motive behind the attack.

Friday, crews were back at the center working to clean up from Thursday's violence. Tonjia Baker said she comes to the area often. She was outside Octapharma Plasma Friday morning -- in disbelief.

"I mean I know people do this in different places and stuff but in a plasma center -- where you’re more vulnerable -- there’s nothing you can really do because you’re hooked up to machines and stuff," said Baker. "I’m hoping this won’t happen to anyone else. This is just too sad what’s going on right now. You know we need to learn to get along with each other and just respect each other."

Donn Juan was also in the area Friday morning, and said his brother used to work at the center.

"I'm still in shock about it. Right here at the plasma center? That's crazy," said Juan "I hope the families, they're okay. I know they're probably going through a little something so, hopefully it will pan out." 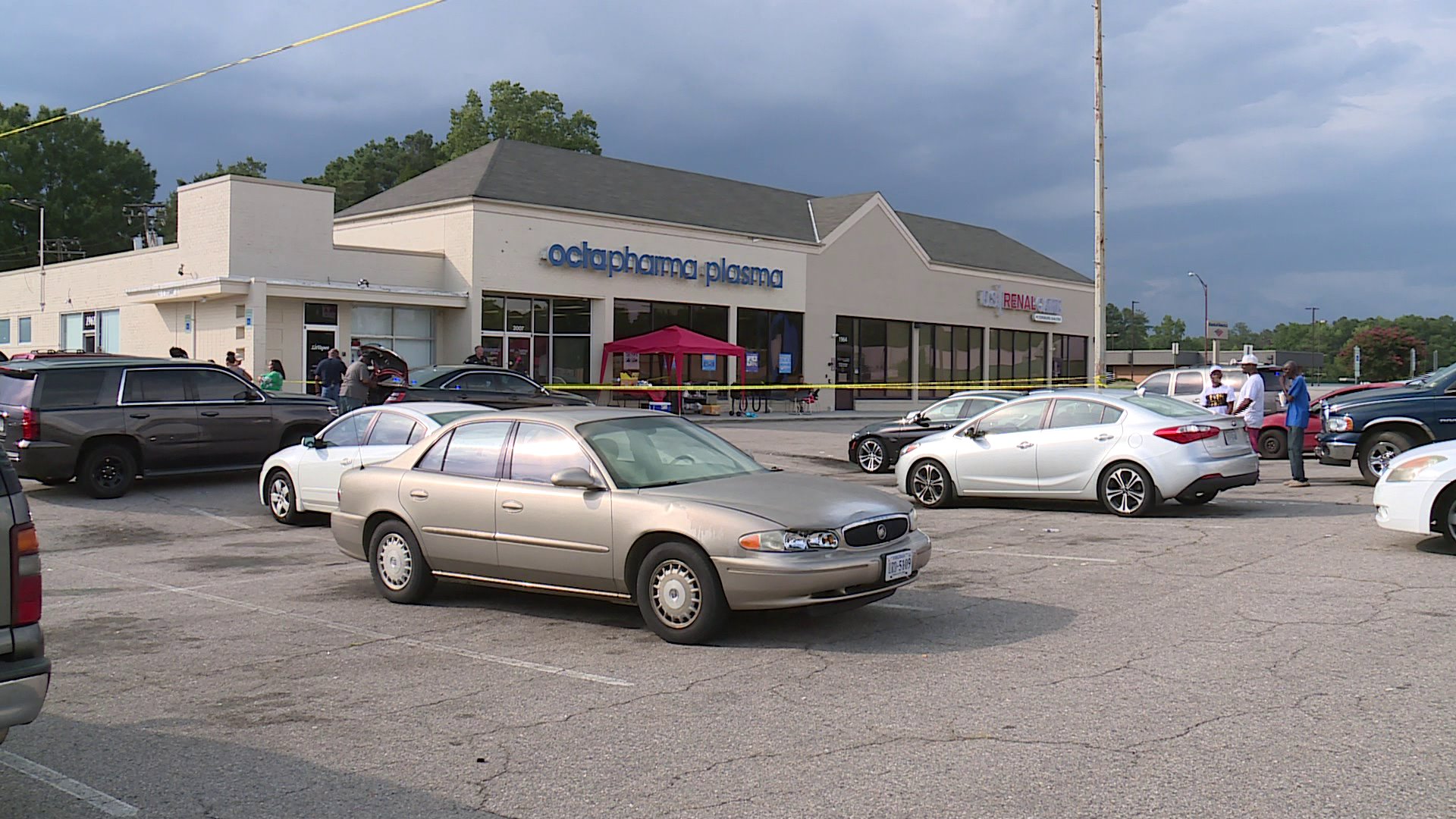