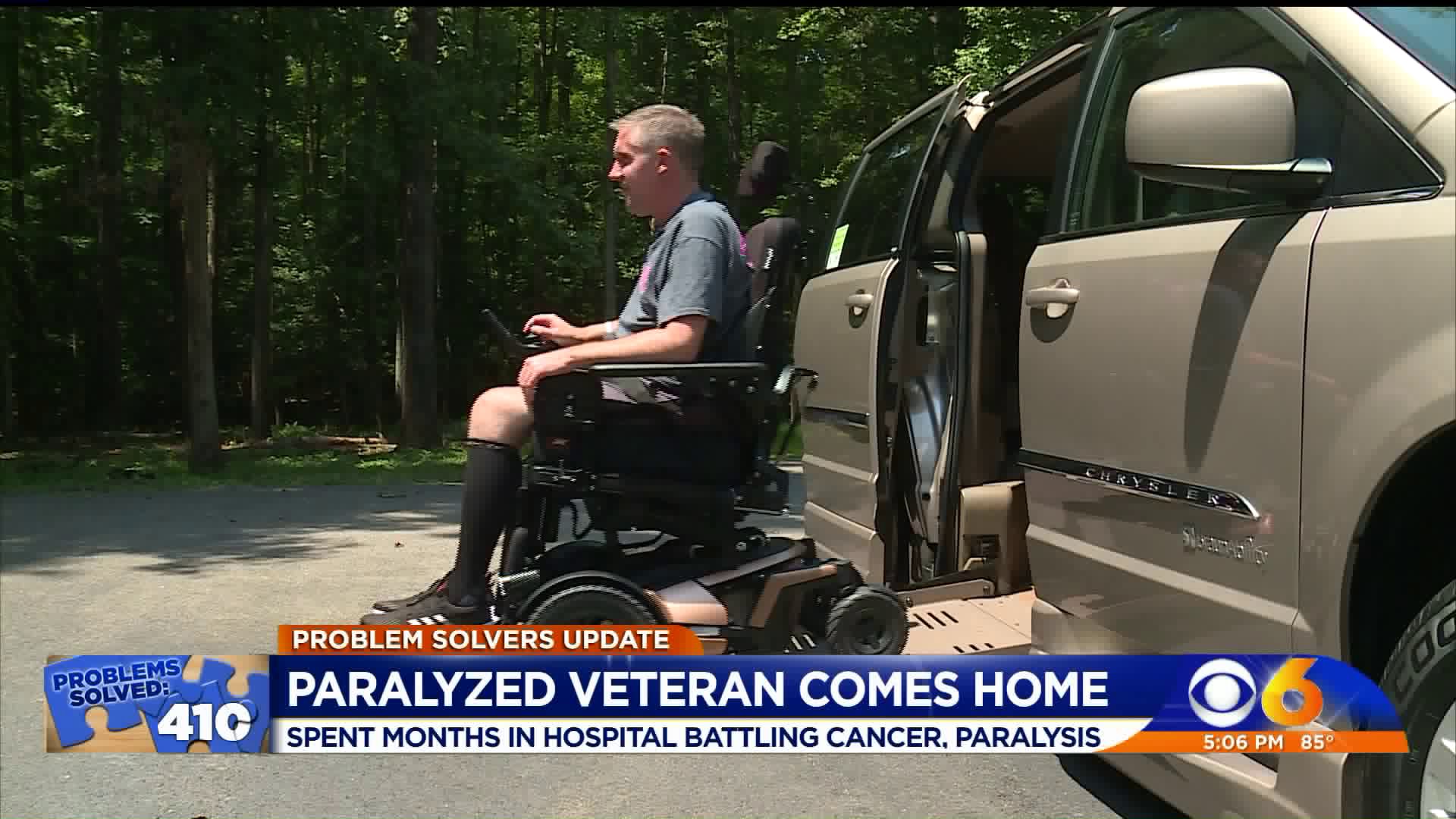 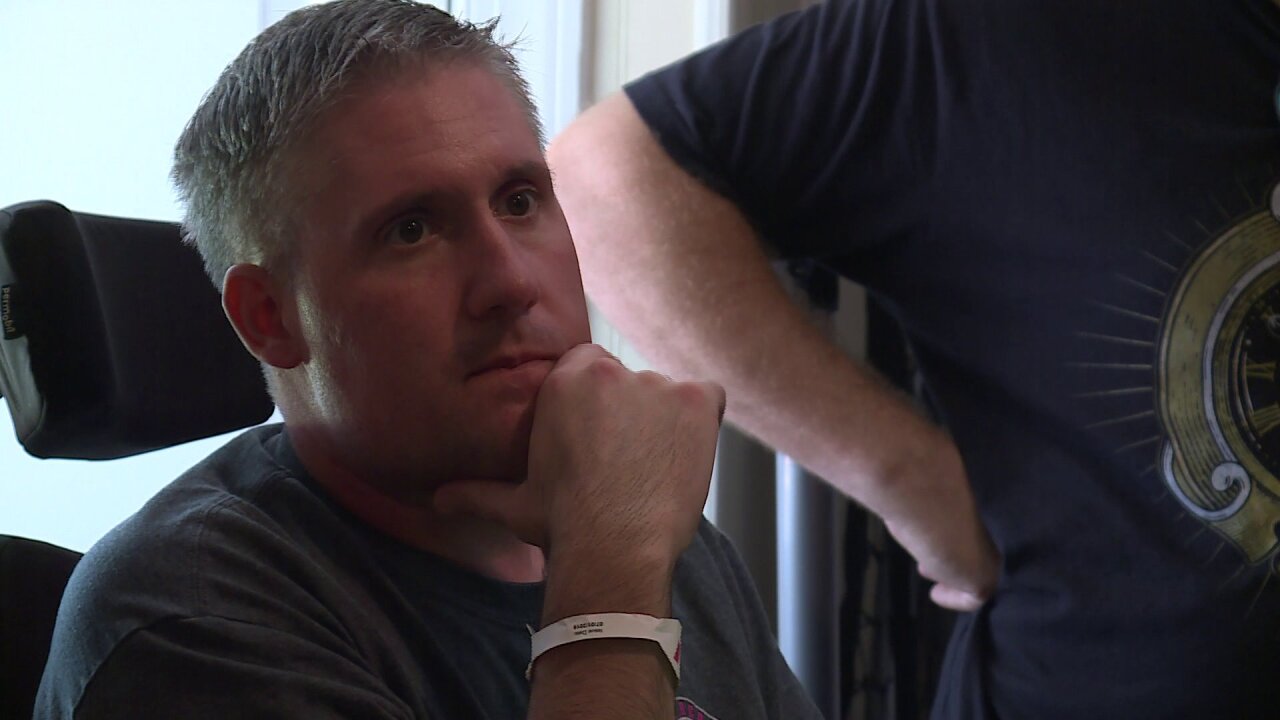 Every day he keeps his spirits up. A tall task, since Lecik is pushing through some of the toughest days of his life battling cancer and paralysis.

But, he’s not alone. A family of firefighter brothers and sisters from the Huguenot Volunteer Fire Department in Powhatan County is never far away.

They flocked to Lecik’s home, fire trucks and all, to give him a hero’s welcome on Thursday.

Loved ones, fellow firefighters and friends at home in Powhatan keep him lifted and try to figure out how to make his life easier when he finally comes home for good.

That’s what the four-hour field trip from the hospital on the Fourth of July was is all about. It was an open house, of sorts, celebrating Mike and the strides he is making.

A sweet reunion with his dog Belle also kept Mike smiling from ear to ear, but the realities of coming home are also setting in.

“This house, we loved it when we bought it," Lecik said. "Now, it’s the worst possible design we could have purchased for someone coming home in a wheelchair paralyzed.”

The family is facing major financial expenses, like an adaptive vehicle that could cost between twenty and sixty thousand dollars. There are also costly renovations needed to make their home accessible for Mike.

Friends hope donations raised can help the family cover the renovations. The family says Wilton Construction is working with them, but that they still need to cover much of the costs.

Holding on to faith that things will work out, Mike and Tiffany hold on to each other for strength.

“I hope that he would be mine, too. It’s just something that you do for each other,” Tiffany Lecik explained.

For now, letting their worries fly in the wind, this veteran and firefighter will just enjoy his Independence Day.