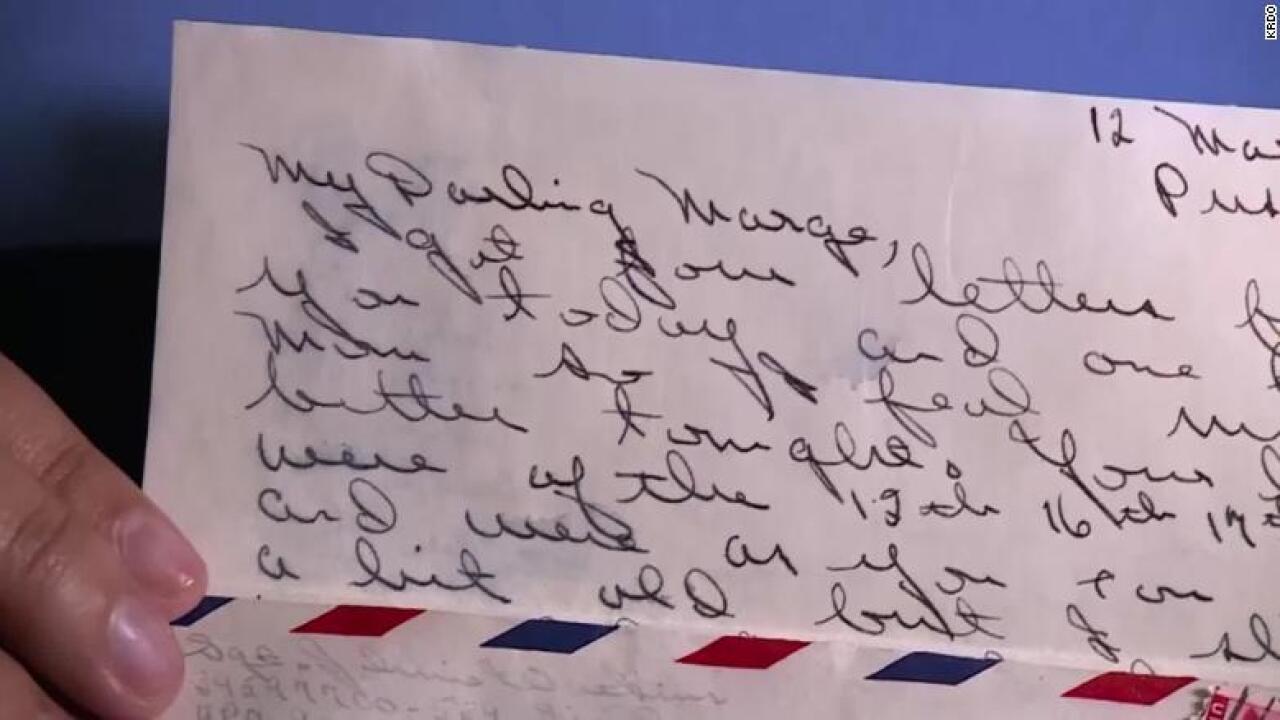 After his mother died in late June, Johnie Watkins III couldn’t bring himself to read the hundreds of love letters she had exchanged with his father during and after his service in World War II, so he just threw them out.

But one found its way back to him, and this one, he promises to read.

Watkins was reunited with the 73-year-old letter on Wednesday after Katy Hadduck stumbled upon the envelope on the street in Colorado Springs, according to CNN affiliate KRDO.

The handwritten note, dated March 12, 1946, was addressed to Marge Watkins, with a return address of an APO, or Army post office, in San Francisco.

Over three pages, Sgt. Johnie Watkins lamented the time he’d spent apart from his wife and son, then 3.

“Sixteen men went home tonight, and 10 more are to go tomorrow and the next day. I sure feel bad when I see them all go, and I just seem to stay on and on,” the letter reads.

He wished them both a happy late Valentine’s Day in response to a letter Marge had sent that included a valentine from young Johnie III.

Hadduck tracked Watkins down to hand-deliver the letter.

World War II love letters are a hot commodity among collectors and history buffs for their intimate insight into the war and its effect on American families.

In 2013, an octogenarian couple was reunited with a trunk full of their wartime correspondence years after it had been stolen. They never found out why the letters were taken but said they suspected that the stamps were valuable to collectors.