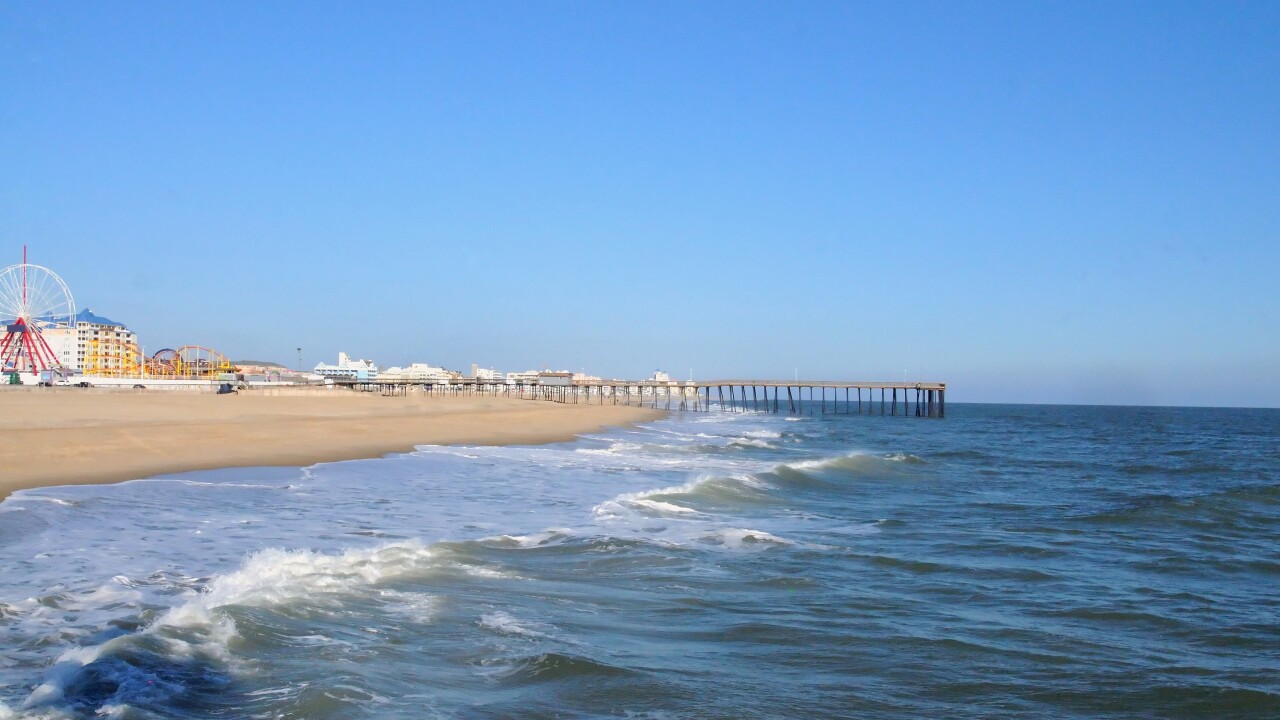 A mother said her son was covered in wounds from flesh-eating bacteria the day after a swim off the coast of Maryland, according to CNN affiliate WJZ in Baltimore. Peninsula Regional Health System physicians diagnosed the boy with Vibrio, Brittany Carey shared in a Facebook post on Saturday.

Vibrio causes an estimated 80,000 illnesses and 100 deaths in the United States every year, according to the US Centers for Disease Control and Prevention. People with vibriosis become infected either by consuming raw or undercooked seafood or by exposing an open wound to seawater.

In her post, Carey explained that her parents took her son swimming last Monday in a small bay near Ocean City, close to the Harry W. Kelley Drawbridge on Route 50. Later that evening, “I started noticing little spots developing all over his body,” Carey wrote.

The following morning, “there were open wounds developing,” she said. She believed that her son had been scratching the spots, “making them worse.” Later, though, she discovered the wounds had grown larger and increased in number.

“Off to the hospital we went,” she said. There they were told “it was really nothing,” and this was followed by a prescription for “an antibiotic that only made it worse.” A second visit to Peninsula Regional Health System came up with the right diagnosis and treatment.

Along with her thoughts, Carey shared photos of her son’s wounds in the hopes that “it would be a great PSA for everyone to see.”

Most Vibrio infections occur between May and October, when water temperatures are warm. Flesh-eating bacteria stop blood circulation and cause tissue to die and skin to decay, according to the CDC. More than one type of bacteria can eat the flesh in this way; Public health experts believe that group A Streptococcus bacteria are the most common cause of these infections. Vibrio infections occur when someone eats raw or undercooked seafood or when an open wound becomes wet with seawater or brackish water.

Dr. Stephen Spann, dean of the University of Houston College of Medicine, said that having a wound exposed to brackish water where these bacteria live is one way to get an infection; eating contaminated shellfish — “oysters, primarily” — is another.

Blunt trauma that doesn’t tear the skin can also permit entry of flesh-eating bacteria, according to the CDC. Several antibiotics can treat these injuries, though when cases become severe, skin grafts and surgeries may be necessary.

“Your average healthy person is probably not at huge risk,” Spann said, noting that the vulnerable include “people who have some sort of a chronic disease that suppresses their immune function, or maybe they are on immunosuppressive drugs like corticosteroids. Or they have liver disease or a disease called hemochromatosis,” a disease that causes an overload of iron in the blood.

No matter your risk, good wound care is the best way to prevent any bacterial skin infection, according to the CDC. It is important to clean even minor cuts and injuries that break the skin with soap and water. Always clean and cover draining or open wounds with dry bandages until they heal. And see a doctor for puncture and other deep or serious wounds.

“Please be careful out there guys and if you start seeing wounds such as these please get somewhere fast!” Carey wrote. Despite the emergency, all appears to be ending well for her son. In an update, she wrote, “Went to pediatrician this morning and she is really happy with the healing!”