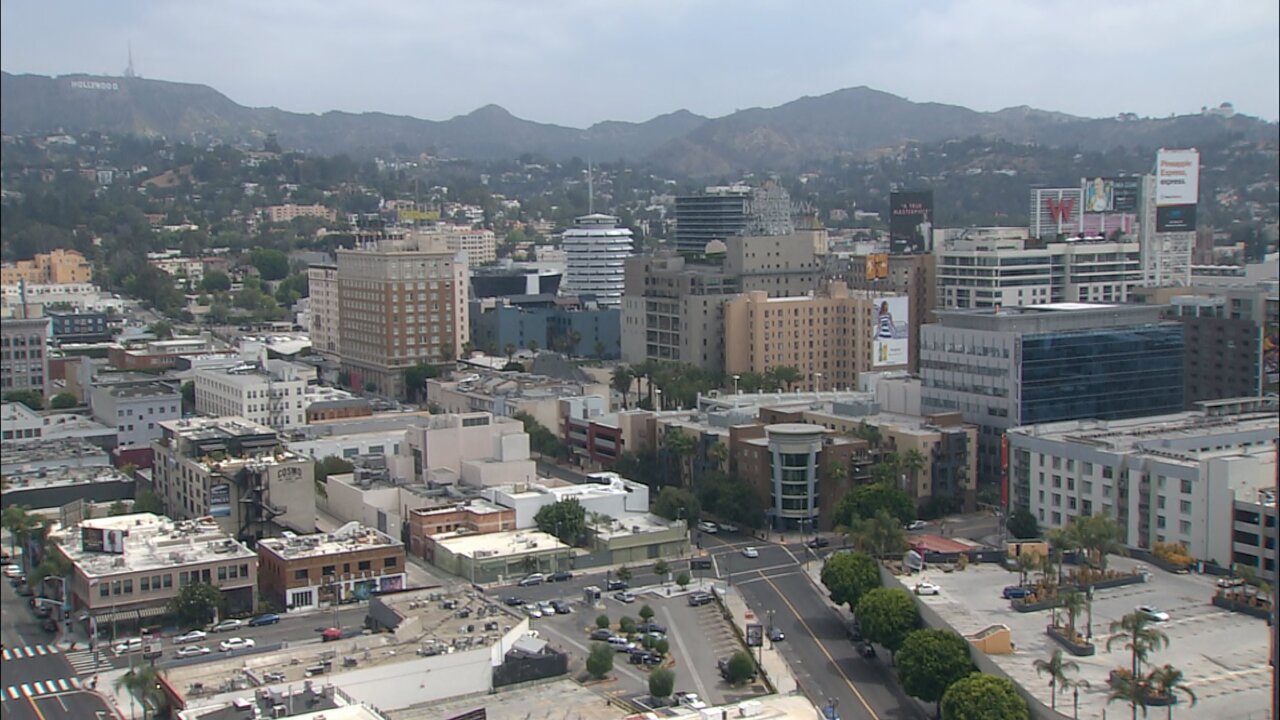 **Embargo: Los Angeles, CA** An earthquake with an early measure of magnitude 6.4 hit Southern California, about 150 miles from Los Angeles, on Thursday morning, according to the US Geological Survey.

BAKERSFIELD, Calif. — The strongest earthquake to hit Southern California in nearly 20 years prompted one city to declare a state of emergency Thursday, and shook residents from Las Vegas to Orange County.

The quake, with a magnitude of 6.4, was centered near Ridgecrest, a community west of the Mojave Desert and about 150 miles north of Los Angeles.

At least 159 aftershocks of magnitude 2.5 or greater were recorded after the earthquake, according to USGS Seismologist Robert Graves. It is a higher than normal number, but not unprecedented, he said. The largest of them were magnitude 4.6.

Noted seismologist Lucy Jones called it a “robust” series and said there is a 50% chance of another large quake in the next week.

Jones said there is a 1 in 20 chance that a bigger earthquake will hit within the next few days. “It’s certain that this area is going to be shaking a lot today and some of those aftershocks will probably exceed magnitude 5.”

Jones said the quake, named the Searles Valley Quake, was preceded by a magnitude 4.2 foreshock.

Ridgecrest has announced a state of emergency, Mayor Peggy Breeden said. As the mayor spoke to CNN earlier in the day, an aftershock interrupted the interview.

“As I understand, we have five fires,” the mayor said. “We have broken gas lines.”

There were also power outages in the city of 28,000 residents. The forecasted high temperature is 100 degrees Fahrenheit, the National Weather Service said.

In Kern County, at the epicenter, the Fire Department responded to more than 20 incidents relating to the earthquake and aftershocks, including fires and medical emergencies, according to a tweet on its verified account.

Ridgecrest Regional Hospital was evacuated. About 15 patients from the emergency room were taken to another hospital, and inspectors were going through the facility to determine whether it was safe to bring the other patients in from the tented areas outside.

April Rodriguez was at home in Trona when she felt a smaller quake followed by a larger one “that didn’t stop,” she told CNN.

Kimberly Washburn was directing a children’s July Fourth program in Ridgecrest when the earthquake shook the building, starling the 65 children on stage.

With their parents in the auditorium seats, the kids began screaming.

“It was terrifying,” she said.

One boy was injured when something fell on his foot, but Washburn said they were blessed that more weren’t hurt. After they evacuated, a wall fell behind where the children had been performing, she said.

In LA the ground rolled

In Los Angeles, the main temblor was felt as a long, rolling quake, and buildings rocked back and forth. Many in the city noted how much longer this earthquake felt than most.

Filmmaker Ava DuVernay tweeted, “Been living in Los Angeles all my life. That was the longest earthquake I’ve ever experienced. Not jerky. Smooth and rolling. But it was loooong. It was so long I thought for the first time ever, ‘Is this the big one?’ Damn. Respect Mother Nature. She’s the boss.”

Many residents were upset because the city’s one-of-a-kind smartphone app didn’t send a warning in advance. Afterward, city authorities said they would change the parameters on the application to issue alerts for smaller quakes.

The National Weather Service tweeted that the earthquake was also felt in Las Vegas.

“I was actually sitting at the blackjack table at the Wynn and it just felt like I was on a boat,” Alec Ventresca told CNN affiliate KLAS. “I actually thought the guy that I was sitting with was kicking the table.”

It was the largest quake to hit Southern California since 1999, when a 7.1 earthquake struck in a remote part of the Mojave desert.

In 1994, at least 57 people died when a 6.7 earthquake hit the Northridge neighborhood of Los Angeles, causing $25 billion in damage.

Other reports of damage

“The chandeliers are still swinging,” she said five minutes after the quake hit at 10:33 a.m. PT. “The floor rippled.”

A woman on Twitter shared video from her father’s liquor store in Ridgecrest, showing shattered bottles and pools of spilled liquid covering the floor.

Trona, an unincorporated community, “sustained varying degrees of damage” but no injuries have been reported, according to San Bernardino County Fire’s verified Twitter account.

“There is no going in or out of Trona right now. We’re like stuck.”

A 4-inch crack opened up in Highway 178, according to San Bernardino County Fire spokesman Jeremy Kern.

All highways in San Bernardino County remain open, and the area’s high tension power lines are all intact.

My dads liquor store in Ridgecrest (11 miles from the earthquake) 🥴 pic.twitter.com/4RC0mY3eha

Filmmaker Ava DuVernay tweeted, “Been living in Los Angeles all my life. That was the longest earthquake I’ve ever experienced. Not jerky. Smooth and rolling. But it was loooong. It was so long I thought for the first time ever “Is this the big one?” Damn. Respect Mother Nature. She’s the boss.”

Been living in Los Angeles all my life. That was the longest earthquake I’ve ever experienced. Not jerky. Smooth and rolling. But it was loooong. It was so long I thought for the first time ever “Is this the big one?” Damn. Respect Mother Nature. She’s the boss.

“Felt like we were on a turntable,” user Rudio87 wrote.

This is a developing story and this story will be updated as we learn more.

#earthquake caught on my nest 👻 pic.twitter.com/2fF3FZPiKr