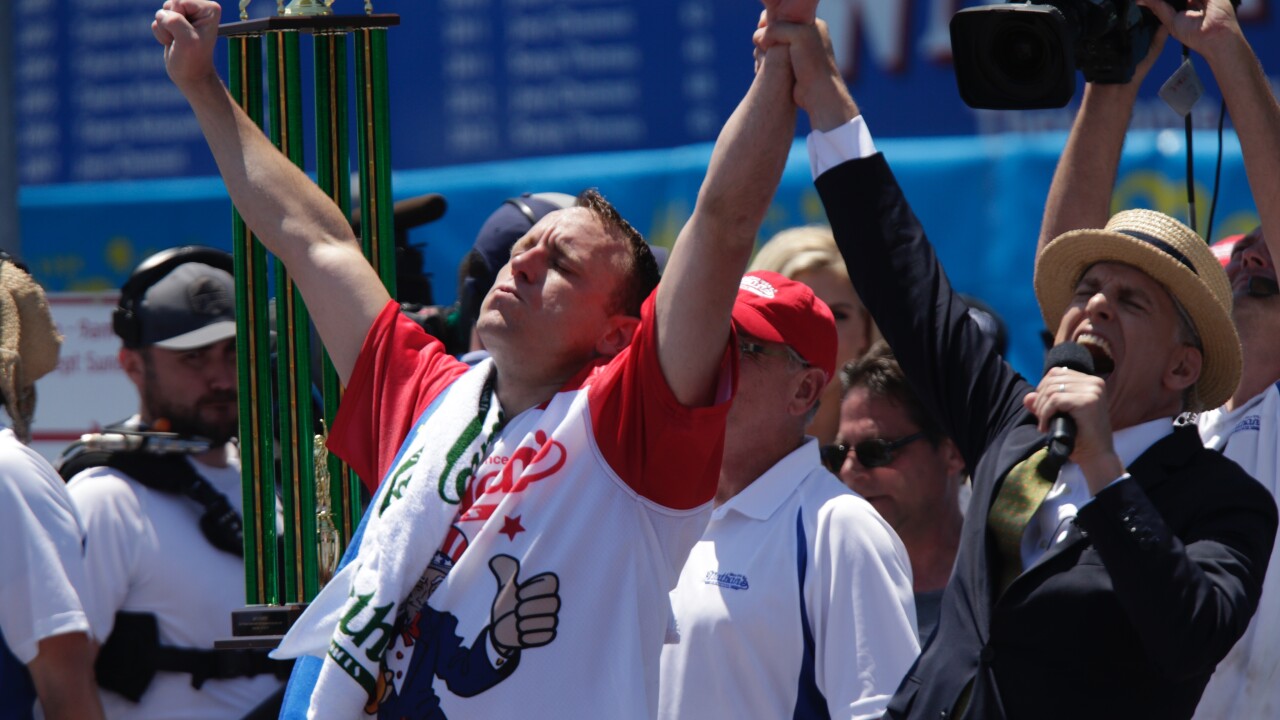 The competition, which has taken place at the original Nathan’s Famous location in Coney Island in the New York City borough of Brooklyn since the first recorded contest in 1972, has become a huge attraction, drawing massive crowds every year.

Van Taylor and his family recently moved to New Jersey from Ohio, and they tell CNN that they were determined to come out to watch the event this year. Last year they watched the hot dog eating contest on TV, and daughter Vivian was “fascinated by it.”

ESPN has televised the contest live since 2004, and 1.141 million viewers tuned into the event last year, according to TV By the Numbers’ Rick Porter.

Defending men’s champ, Joey “Jaws” Chestnut, successfully continued his reign with his 12th win. Chestnut has won four straight, with his only defeat coming in 2015 against Matt Stonie.

Chestnut set a record last year after eating 74 hot dogs, but he fell short after eating 71 hot dogs this year. This is the fourth time that Chestnut has broken the 70 hot dog barrier.

At one point, Chestnut was on pace to eat nearly 90 hot dogs. However, he slowed down as time wore on. The next closest competitor was Darron Breeden, who came in second place after eating 48 hot dogs.

On the women’s side, Miki Sudo, 33, successfully defended her title and took home her sixth straight win.

She faced off against Michelle Lesco, who came in second last year and is the No. 2-ranked female Eater in the World; Juliet Lee, who’s known for being the World Jellied Cranberry Sauce Eating Champion (13.23 lbs in eight minutes), and 12 others.

Sudo wolfed down 31 hot dogs this year, which is down from the 37 hot dogs she ate to win the competition last year and her personal record of 41 hot dogs. Lesco was once again the runner-up, consuming 26 hot dogs to win second place.

Chestnut and Sudo will each take home $10,000 for winning the competition this year.