CHESTERFIELD COUNTY, Va. -- The man who was seriously injured after his single-engine kit plane overturned at the Chesterfield County Airport is in critical condition, according to his friend who came to his aid after the crash.

Virginia State Police identified the pilot as 69-year-old Jake F. Labello of Midlothian. Troopers said they responded to the crash at the Chesterfield County Airport at about 8:40 p.m. Tuesday.

"The preliminary investigation reveals that a small single engine homemade plane was taxiing on the runway when it inadvertently left the ground, came back down and skidded off runway. The plane then overturned entrapping the pilot," a Virginia State Police spokesperson said.

Labello is a longtime member of the Wingnuts Flying Club, according to club spokesman Roger Scott.

The club held their bi-monthly meeting at the airport just hours before the crash.

Labello had just constructed the Sonex Waiex Kit plane and was working on a carburetor issue when he crashed, according to Scott.

In fact, Scott said Labello was worried about repairing the engine before flying the plane, so he was testing the aircraft by taxiing on the runway when Scott said the "freak accident" happened.

Scott stated he and other bystanders helped lift Labello's plane as first responders pulled the victim from the wreckage. 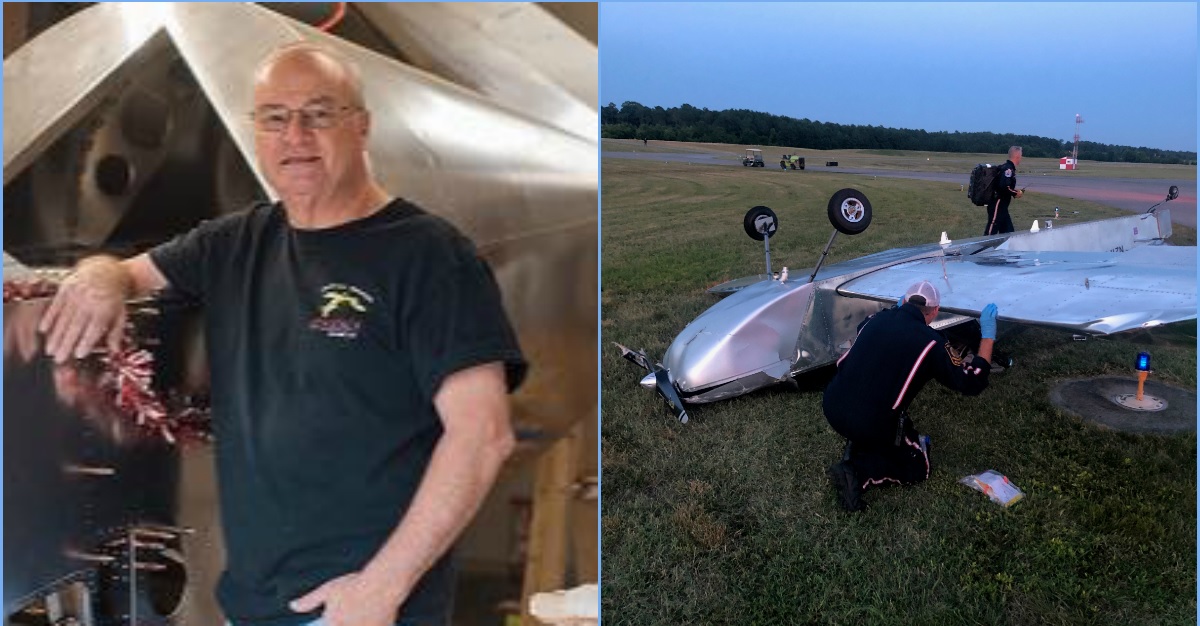 Virginia and EJ Watkins, who live next door to Labello, said their neighbor was passionate about completing his plane.

"It’s an amazing dream to have. I just never met anyone who have built a plane before, and he did it," Virginia said. "He’s been working on it for years. That was his retirement project."

EJ Watkins said he helped Labello assemble his plane when the parts first arrived a few years ago.

"I was excited for him, but I was also nervous about it as well," he explained. "He was retired and he put more work into his plane than someone who would be doing their job."

The victim remains in critical condition in the intensive care unit at VCU Medical Center.

"We will be praying for him and for a speedy recovery," Watkins said. "Hopefully he will be able to fly again."