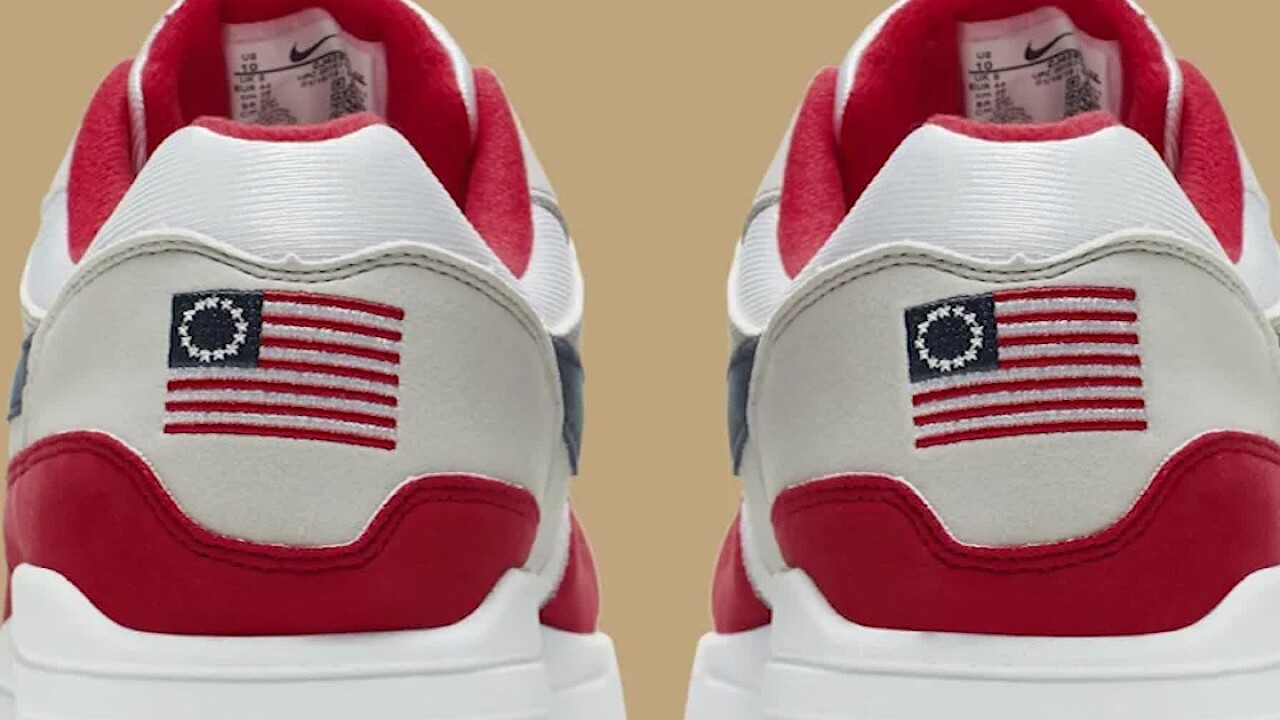 PHOENIX — Arizona Governor Doug Ducey has ordered a financial incentive package for Nike to be withdrawn because the company canceled a sneaker featuring the “Betsy Ross” American flag.

In a series of tweets early Tuesday, the Republican governor said he was disappointed in Nike’s “terrible” decision, which he called a “shameful retreat.” Ducey said he believes Nike’s action shows it lacks pride and appreciation for American history. He condemned the company for bowing to political correctness.

Ducey ordered the Arizona Commerce Authority to withdraw all financial incentive dollars under its discretion that the state was providing for Nike to build a factory in Goodyear, Arizona, which is near Phoenix.

“Arizona’s economy is doing just fine without Nike,” he said. “We don’t need to suck up to companies that consciously denigrate our nation’s history.”

It’s unclear how much money from the incentive plan is under the state’s jurisdiction. The city of Goodyear entered into an agreement with Nike in May to waive about $1 million in permit and review fees for a manufacturing facility the company plans to build there. The city of Goodyear also said it would reimburse Nike up to $1 million for a total of 505 jobs the company promised to create at the plant.

The Governor’s office and the Arizona Commerce Authority did not immediately respond to requests for comment.

Nike agreed to buy an existing building in Goodyear by June 2020 and invest $185 million in the first phase of expanding the plant over the next three years, according to documents from the City of Goodyear.

Nike did not immediately respond for comment about the governor’s comments. The stock is flat in early trading.

The controversy was sparked late Monday after it said it would not release the Air Max 1 Quick Strike Fourth of July because it “featured an old version of the American flag.”

The Wall Street Journal reported that Nike delivered the sneakers to retailers, but asked stores to return them to Nike after the company received a complaint from former NFL star Colin Kaepernick. The newspaper indicated Kaepernick said he and others found the shoe offensive because of its ties to America’s era of slavery.

Kaepernick did not respond to CNN’s request for comment.

Nike signed the former San Franciso 49ers quarterback in September 2018. He was one of the faces for the brand’s 30th anniversary commemoration of its iconic “Just Do It” slogan.

The deal immediately drew criticism because he’s partly known for kneeling during the National Anthem during games. He did that to raise awareness about police brutality against African-Americans and other racial injustices. Dozens of other players began joining Kaepernick, and he has become a symbol of the dividing lines over race in America.

Despite that, Nike signed Kaepernick because it knew he would attract younger American shoppers and remains an important spokesman for Nike.

In a CNN poll released after the signing among people ages 18 to 34, 44% supported Nike’s decision to use Kaepernick. In the 35-to-44 age bracket, the decision earned support among a majority, 52%, compared to 37% who were against it.