Hospital patient went on a walk with an IV drip. Police arrested him on suspicion of stealing medical equipment 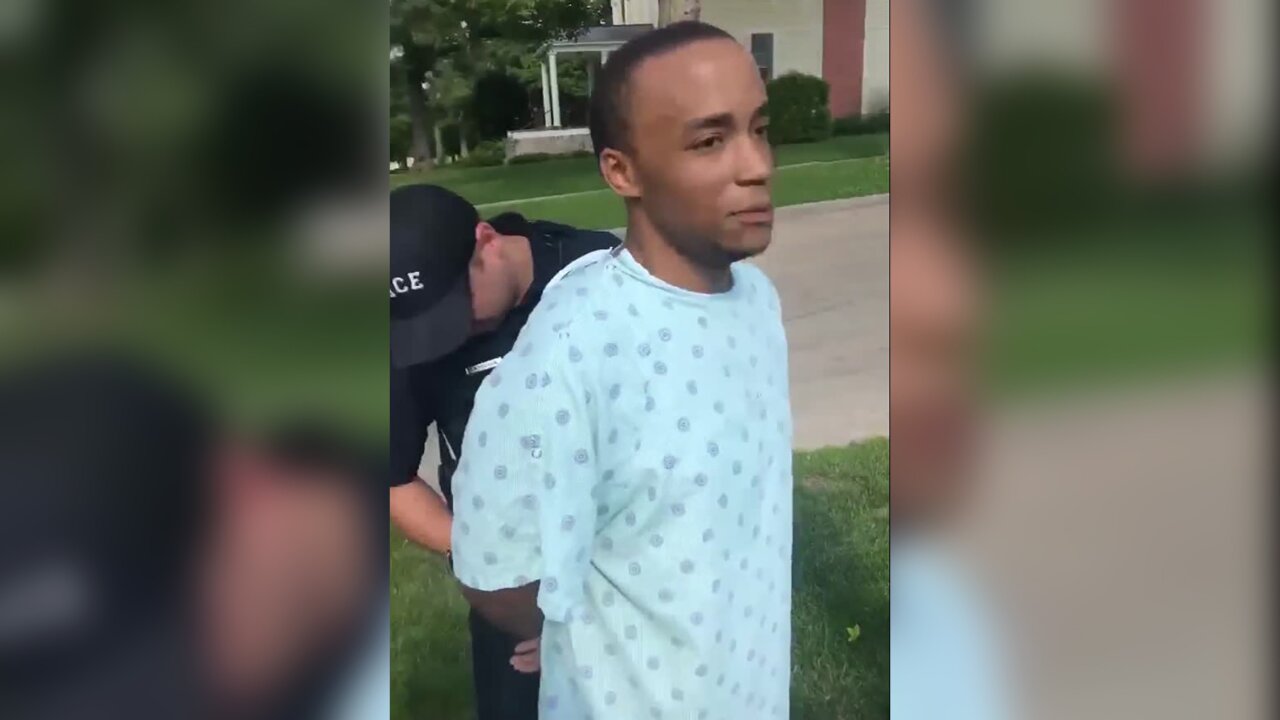 Shaquille Dukes says he was being treated at an Illinois hospital and went for a walk hooked up to an IV drip, when a security guard accused him of stealing the medical equipment.

FREEPORT, Ill. — A black man said he was racially profiled by white police officers while he was being treated at an Illinois hospital and went for a walk hooked up to an IV drip.

Police arrested Shaquille Dukes, 24, on suspicion of stealing the medical equipment, after a security guard called them.

The Freeport Police Department confirmed Sunday in a statement that Dukes filed a complaint “alleging unfair and biased conduct by responding officers.” The department said it has retained an outside, third-party investigator to “gather the facts, interview all parties involved, and determine whether officers conducted themselves in adherence to department policies and guidelines.”

Dukes wrote on Facebook that he was on vacation in Freeport, about 100 miles west of Chicago, when he came down with double pneumonia and went to the hospital. He told CNN he was admitted to FHN Memorial Hospital for two days.

On the morning of the second day, June 9, he said he was feeling better and asked doctors if he could go for a walk. He went outside with his boyfriend and his brother, still wearing his hospital gown and pushing a steroid and antibiotic IV drip.

As they went outside, Dukes said a security guard called them over to his car and asked if they were trying to “leave the hospital and sell the IV equipment on eBay.”

“I was livid, I was irate,” Dukes said. “The first thing he said to me wasn’t, ‘What’s your name? Can I help you?’ but ‘Are you stealing this?'” Dukes said his boyfriend began recording the encounter, as Dukes was trying to explain to the security guard that they were on a walk.

That’s when the security guard called for police backup, Dukes told CNN. He said the guard told police, “I have three black males attempting to steal medical equipment from the hospital.”

Police arrested all three men, charging them with misdemeanor disorderly conduct. Two of the men were also charged with misdemeanor resisting arrest, according to a Freeport police press release issued June 17.

Dukes told CNN that before his arrest, police officers took his emergency inhaler and his IV was removed, though not by a doctor. Police said in a June 18 statement that the IV was removed by FHN medical personnel.

Taken back to hospital — in handcuffs

While officers were taking him to the police department, Dukes said he suffered an asthma attack. He alleges the officers withheld his asthma inhaler from him until they arrived.

Dukes said he was kept in the back of the police car until paramedics arrived. He told CNN he was then transported back to the hospital, this time in handcuffs.

The police department has appointed an independent investigator to look at the case, Freeport police spokesman Dave Bayliss told CNN.

Bayliss identified the investigator as Mitch Davis, who has served as police chief for 18 years in Hazel Crest, Illinois, a suburb south of Chicago. Davis, who is black, is also a member of the Illinois Association of Chiefs of Police.

Dukes said he believes the incident should prompt additional sensitivity training for both police and FHN staff.

The hospital declined to comment, citing patient confidentiality, and said it was cooperating with the police investigation.