This crash involving a military vehicle impacted the morning commute 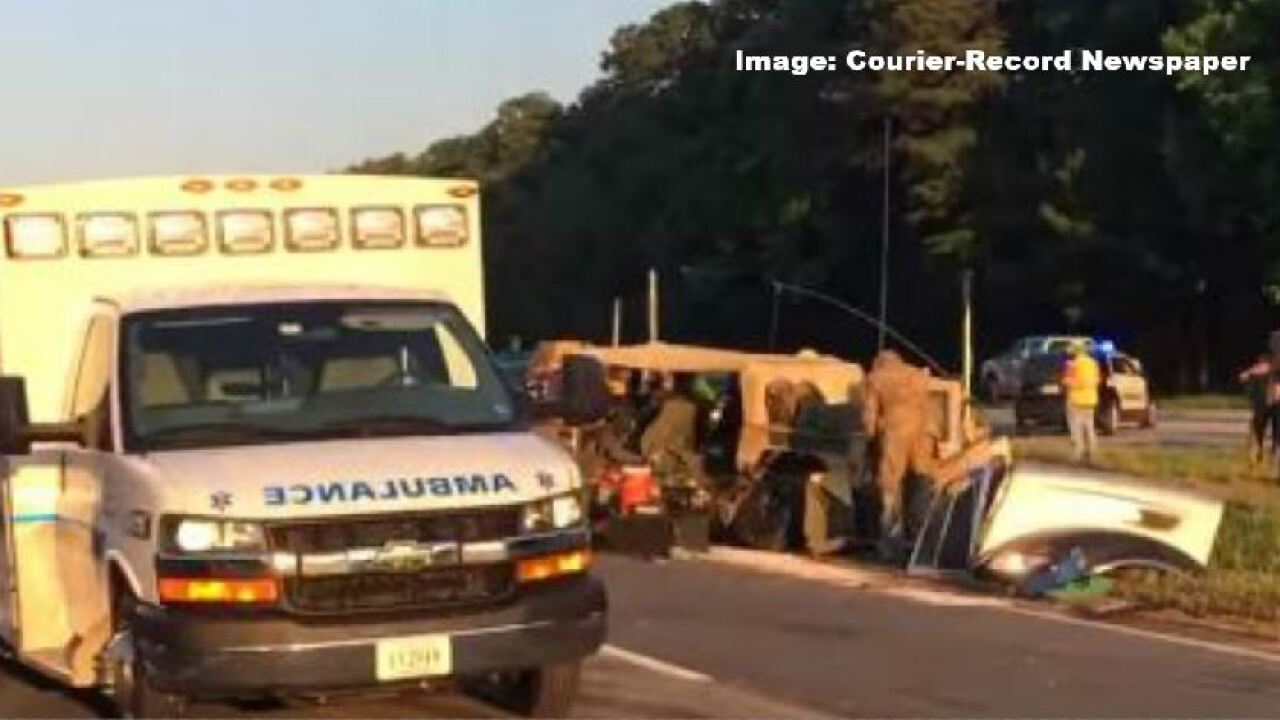 BLACKSTONE, Va. — A crash involving a tractor-trailer truck and a military vehicle closed eastbound Route 460, near Cox Road, in Nottoway. While people in the vehicles were hurt, a reporter on scene from the Courier-Record indicated the injuries did not appear too serious.

All lanes have since reopened.

“The trooper’s preliminary investigation reveals that a military Humvee was traveling northbound from Cox Road, crossing over eastbound Route 460 to take a left onto westbound Route 460. A 2013 Peterbuilt tractor trailer traveling eastbound on Route 460 struck the Humvee in the eastbound lane of Route 460,” a Virginia State Police spokesperson said. “The male driver of the Humvee was transported by Med Flight to the hospital for treatment of serious injuries. A adult female passenger in the Humvee was transported by ambulance to the hospital for treatment of minor to serious injuries. The tractor trailer driver was not injured.”

Charges are pending at this time and the crash remains under investigation.

The crash was reported around 6 a.m.

Fort Pickett, a Virginia Army National Guard installation, is located about seven miles from the scene of the crash.

This is a developing story. Witnesses can send news tips, photos, and videos here.