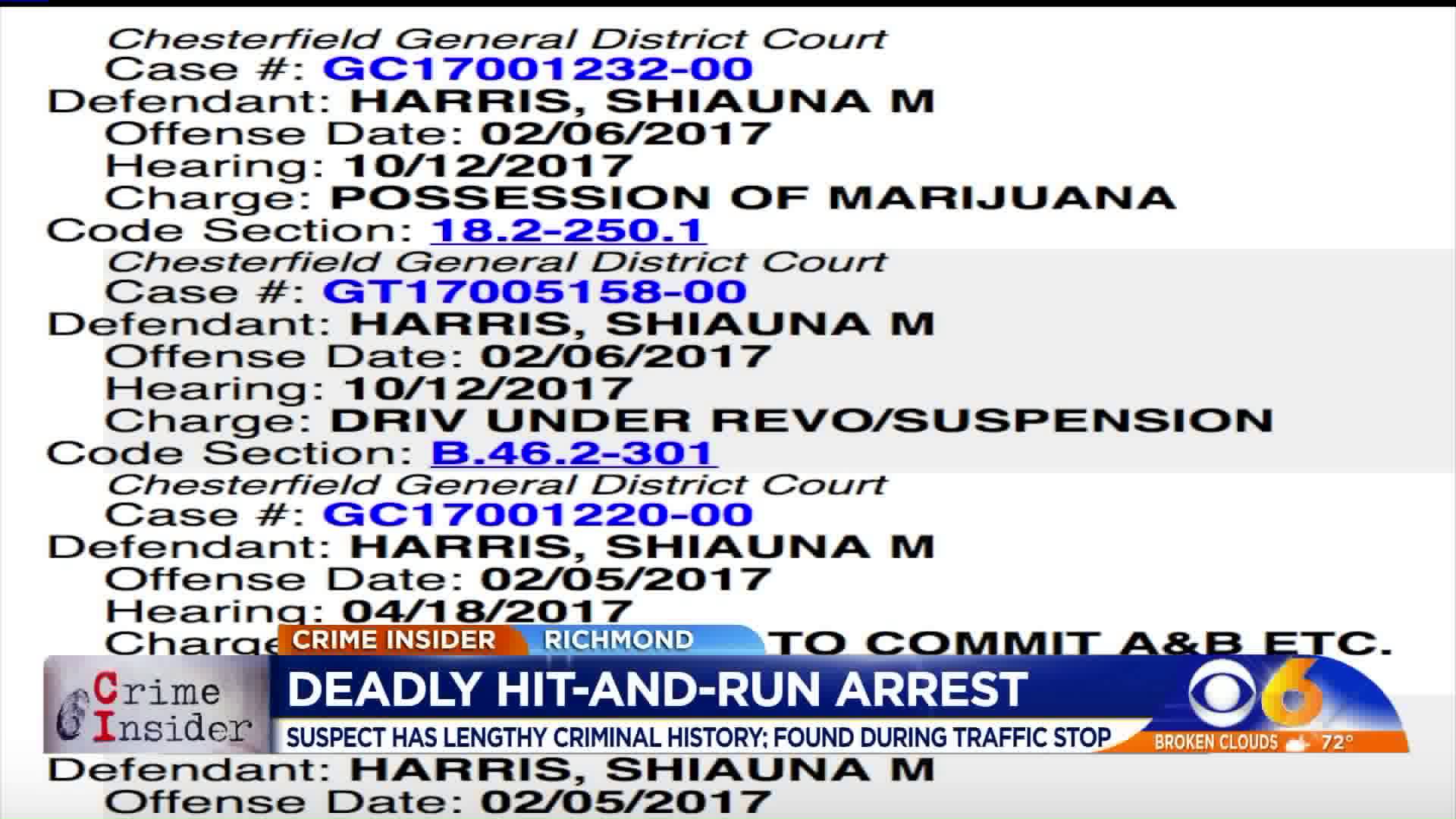 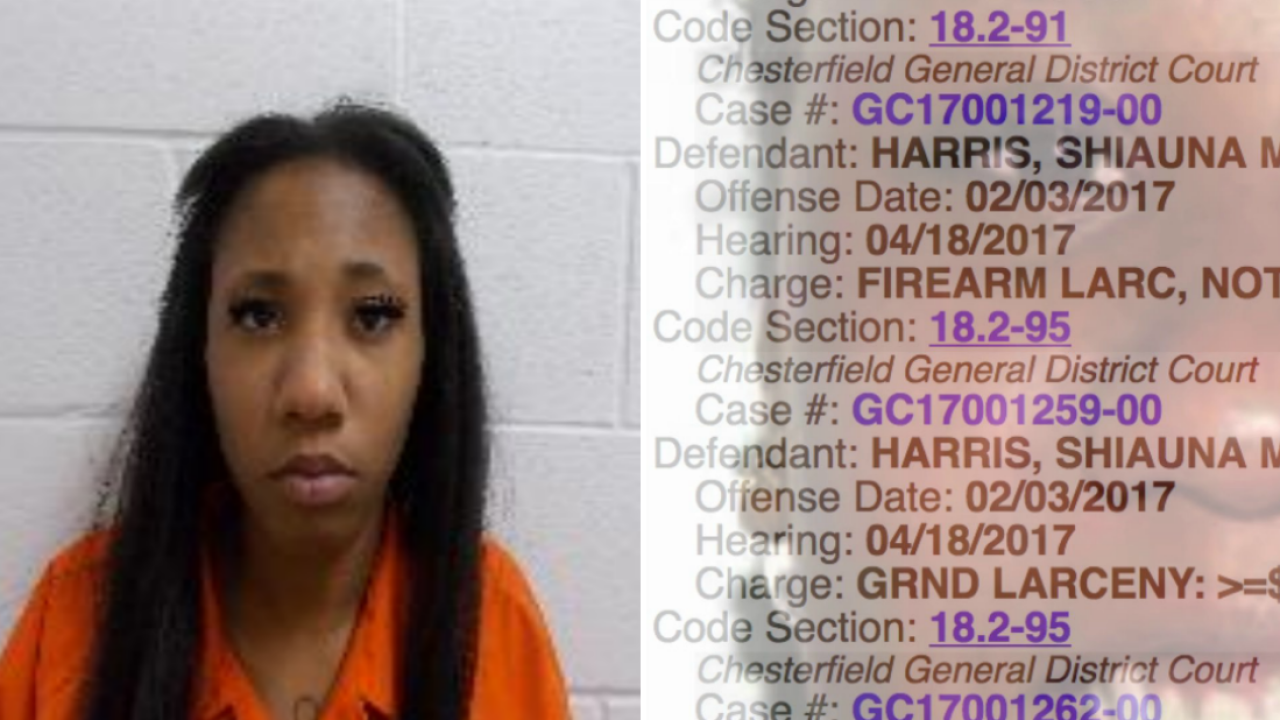 RICHMOND, Va. --The suspect in a deadly hit-and-run in Richmond is a gang affiliate with a lengthy criminal history, and will without a doubt do time behind bars, according to Crime Insider sources.

Shiauna Harris, arrested on Friday evening, has 20 years suspended already hanging over her head from a previous charge in Chesterfield, not including the several felony charges she will soon face in Richmond.

"Detectives believe Harris was operating the vehicle that struck four persons along East Main Street in Shockoe Bottom, killing one [at about 1:55 a.m. Wednesday]," a Richmond Police spokesperson said.

A 22-year-old woman died and two others are in the hospital with critical injuries.

Crime Insider sources say that Harris is known to affiliate with the Bloods Gang,  and that she will be charged with the murder of 22-year-old Shanice Woodberry.

"If the evidence is strong enough and if it looks like she is convicted then all those acts such as gang affiliation will come into play and aggravate the sentence," Stone said.

Harris also has a lengthy criminal history with a significant amount of suspended time for previous convictions in Chesterfield County.

"Assuming they are provable cases they will amount to a large portion of her life if not her entire future," Stone said.

Virginia ABC has since stripped Image Restaurant and Lounge of their liquor license.