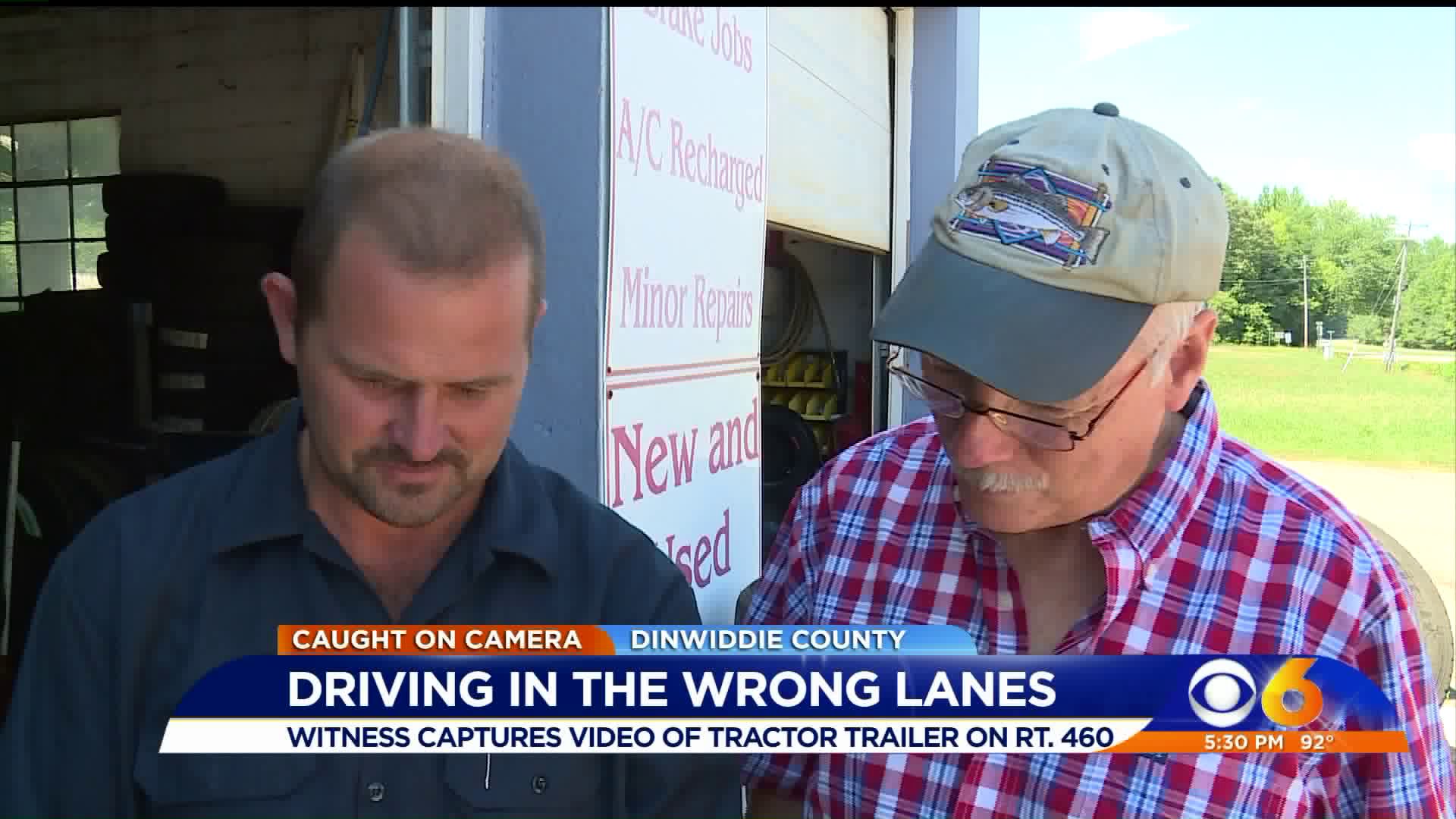 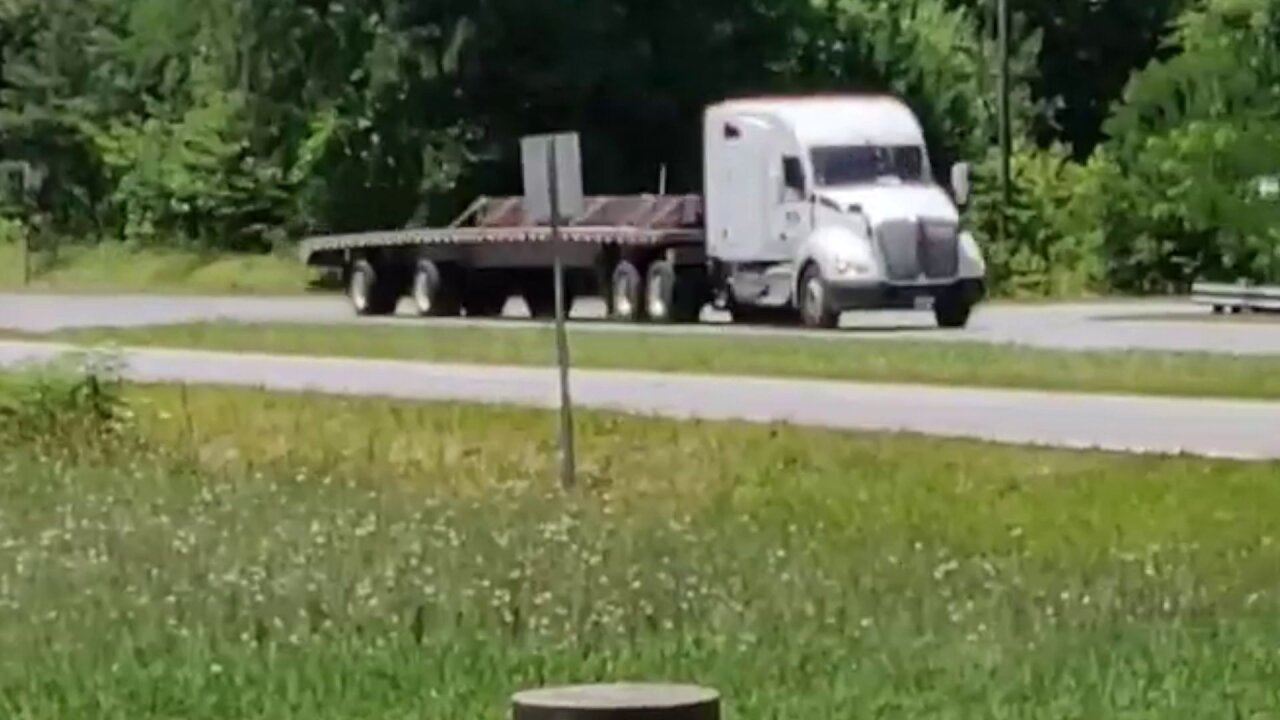 DINWIDDIE COUNTY, Va. -- A sight that drivers never want to see is another car driving straight toward them, especially when that vehicle is a tractor-trailer.

That's exactly what unfolded Tuesday afternoon when a big rig was heading east in the westbound lanes of Route 460 in Dinwiddie County.

"I looked, and I see a tractor-trailer coming around the curve on the wrong side of 460," said Van Cleef.

He captured a video of the rig heading the wrong way, and says he stopped recording when he noticed the tractor-trailer was meeting another rig hauling gasoline.

"He had come a good ways. He was running 55 or 60, and he was at that speed when he came around that curve, he wasn't getting up to speed, going through the gears," said Van Cleef.

"I drive Route 460 pretty often and that's scary seeing, you never expect that, not on a dual lane like that," said Dan McAllister.

Some are surprised it was tractor-trailer making the mistake, as holding a Commercial Driver's License, or CDL, comes with being held to a higher standard.

This incident comes less than a month after four people were killed just up the road.

"This road right here, scary for some reason here lately. Just had the big wreck right down the road here, church bus," shared McAllister, referring to the Shiloh Baptist Church van crash that killed four on May 28.

After passing by Van Cleef, the tractor-trailer was able to get stopped and use a crossover to get into the eastbound lanes.