BEDFORD, Va. -- Like a sentinel watching over southwest Virginia, the National D-Day Memorial in Bedford honors the small town’s staggering sacrifice in WWII.

Thirty-seven of Bedford's sons would serve. 19 with Company 'A' would die in the opening minutes of the invasion.

“June 6th, 1944 was absolutely devastating to this community,” says the Memorial’s Angela Lynch. “It is very real and still very fresh for a lot of people honestly.”

“They say time heals all wounds,” says Lynch. “I don’t necessarily know that that is true for many of these families.”

At the corner of North Bridge and Main. Another step toward healing.

Ken and Linda Parker have no family or roots here. But something beckoned from across the decades.

“I’ve never lived in a place that made you feel like you were home,” says Linda.

In January, the great-grandparents from Oklahoma made a life-altering decision after visiting Virginia.

“It was just something that we felt and walked out and said we have to move to Bedford and we went home and packed,” says Linda.

The Parkers relocated for the sole purpose of opening a new Tribute Center dedicated to the Bedford Boys.

“The first thing we hung all of these pictures I got a cold chill because I could feel that the boys are finally home together,” says Linda. No words to describe what this means for the town,” says Linda. 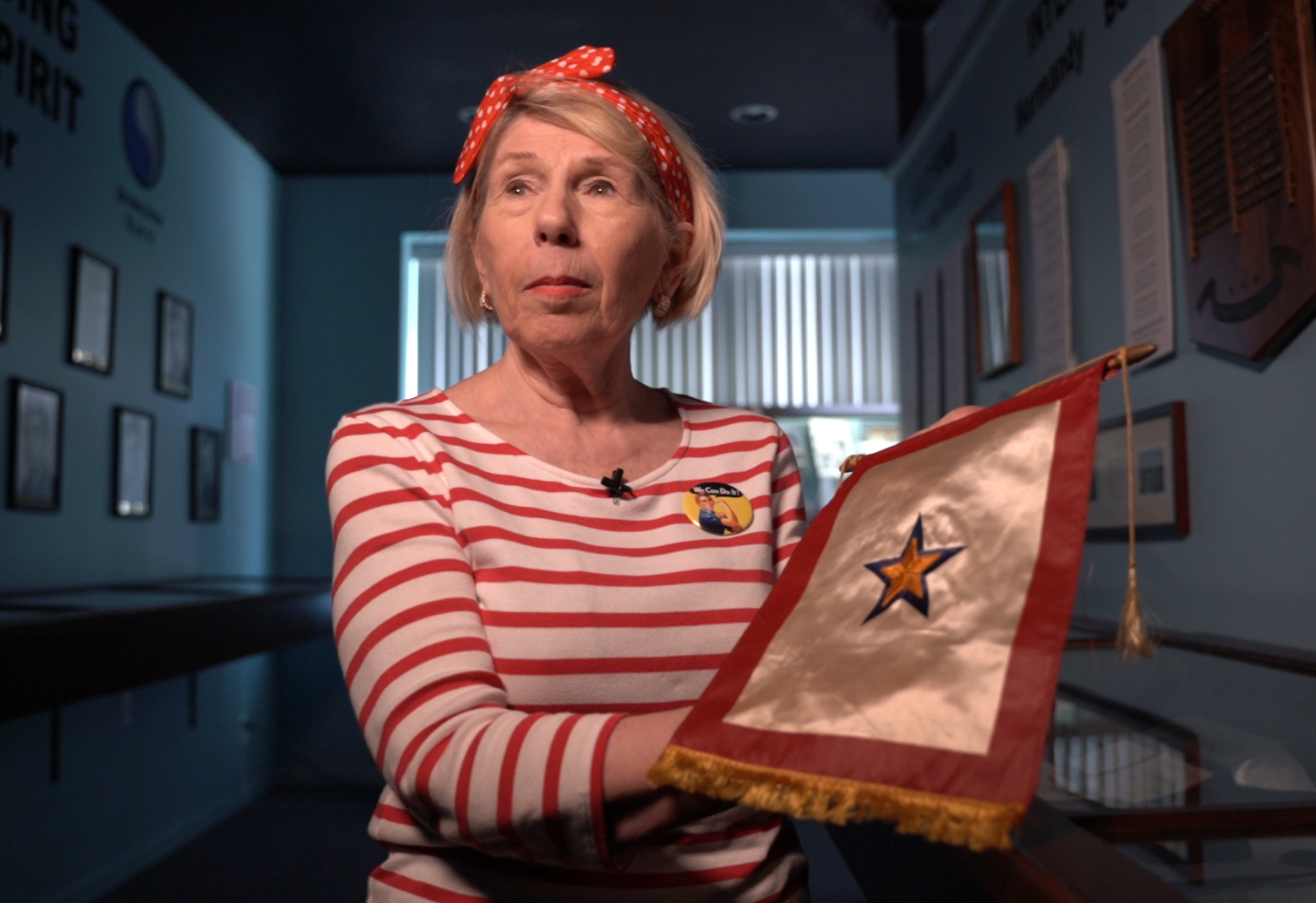 The new landmark sits inside the old Greens Drug Store.

“All of the Bedford Boys worked here and socialized here,” says Ken.

Greens was also the place where so many unwanted Western Union Telegrams arrived from France.

“These 37 boys footprints are all over this drugstore right now,” says Ken. “Bedford really fell on its knees and prayed. But knew their prayers would not be answered.”

“I guess he was the first person I saw in uniform was my brother,” says Marguerite. “Here is a handkerchief Jack brought home to Momma. In 1942.”

For decades their mother kept these priceless relics hidden in a box.

“She kept everything he sent her. Nothing was ever thrown away,” says Marguerite.

Her brother’s death was a taboo subject in the family home. But now Ms. Cottrell doesn’t want her brother to be forgotten.

“We knew about it, but you just didn’t talk about it,” says Cottrell. “Now it’s the talk of the town. Which is good.”

“The only regret I have is that my mother is not here to see it,” says Cottrell.

“To hold in your hand the watch 75 years ago that was on the wrist of a soldier who was killed on Omaha Beach you’d have to be inhuman not to feel the presence of that boy,” says Ken.

Mrs. Reynold's Gold Star Mother flag is there too.

The Parkers shoulder a great responsibility. Acting as the stewards of not only artifacts but the Bedford Boys story.

“This has become a passion that we want to do and needs to be done,” says Linda.

The couple is penning a book about their adopted town and the soldiers who served so bravely.

“You know they were just young boys and they did their job,” says Linda.

Ken and Linda say its only fitting to open this Tribute Center during the 75th Anniversary of D-Day. An event that changed a small corner of Virginia forever.

“It is something we can’t forget,” says Linda.

Until a few months Ken and Linda Parker were strangers arriving in an unfamiliar place. But the Parkers feel right at home shaping their legacy by protecting the memory of young men who would not come home to Bedford.

“They gave me such a purpose in life to do something for them. And that is how I feel about this,” says Linda.

The brand-new Bedford Boys Tribute center is open seven days a week from 10 a.m. to 4 p.m. The museum is located at 104 North Bridge Street in downtown Bedford.

Ken and Linda Parker continue to write their book honoring the men of 'A' Company. The Parkers hope to have it wrapped up in the coming months.

If you know of someone with an amazing story to tell email me at gmcquade@wtvr.com