Hunter, Alexander-Walker and Jerome selected in 1st round of NBA Draft 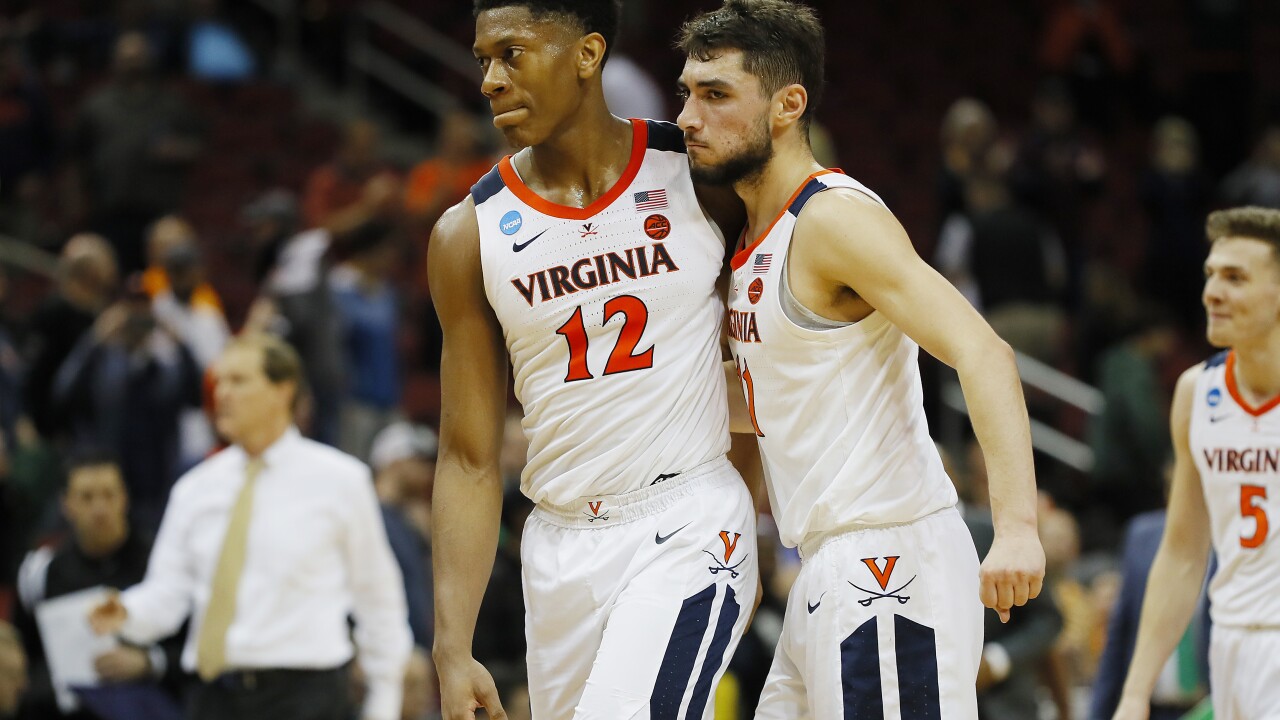 BROOKLYN, NY – Virginia and Virginia Tech are bitter rivals, but for one night, shared a common bond. The Cavaliers and Hokies both made school history in this year’s NBA Draft.

Former Virginia standouts De’Andre Hunter and Ty Jerome were selected in the first round.  Hunter was taken fourth overall and will play in Atlanta while Jerome was drafted 24th and will go to Phoenix. The Cavaliers had two first-round selections for the first time in school history.

Hunter, who left UVA after his redshirt sophomore season, averaged over 15 points and five rebounds last season for the Cavaliers.  He becomes the highest UVA player selected since Ralph Sampson was the number one overall pick in 1983.

He was 1st team All-ACC selection, the National Defensive and ACC Defensive Player of the Year and was 3rd team All-American.  His stock rose during the NCAA tournament, including his career-high 27 point performance in the National Championship game against Texas Tech.

Jerome also saw his name go up the draft boards during UVA’s National Championship run. He averaged almost 14 points and 5.5 assists during the year.  However during the tournament, Jerome averaged 16 points and six assists.

Virginia Tech’s Nickeil Alexander Walker was selected 17th overall and will be teammates with the number one overall pick, Zion Williamson in New Orleans.

Alexander-Walker averaged over 16 points and four assists during his sophomore season at Virginia Tech as he led the Hokies to their first Sweet 16 berth in school history.

He joins Dell Curry as the only Hokies taken in the first round of the NBA Draft and the first one drafted that wasn’t a senior.  Alexander-Walker left school after his sophomore season.